Yes, that was a full 51 seconds! Pretty amazing that I was able to hang in there that long, right? LOL.

The performance and concept was so amateurish and horribly acted that it was entirely unwatchable.

I suppose that video goes in the same titanium underground vault with all of Scientology's other gruesome attempts to use humor.

CONCLUSION: Scientologists cannot be humorous or do parody/satire. The cult is humorless and frightfully unaware of themselves. They even outlaw "joking & degrading" as if that has something to do with "ethics", lol. If they could be humorous, they'd almost immediately realize that they keep telling a cringe-creepy joke that THEY are the unwitting punchline of.

ps: I wonder if anyone can make it all the way through that video abomination? LOL

Who's this guy ???? (looks like very $cientology (mindset)though)
:confused2:

HelluvaHoax! said:
..
<snip>
ps: I wonder if anyone can make it all the way through that video abomination? LOL

I took that as a challenge.

I watched that entire video. He is playing an SCN tone scale game with Chris, claiming he is 1.1. Silly.
IOW, I guess Andy is trying to get Chris up to 2.0 in this silly game. :confused2:

He was actually trying to use the "tech" on Chris being 1.1 or covert hostility or thus an SP.

I had to throw in the towel at :21 when my ears started to bleed.

programmer_guy said:
I took that as a challenge.

I watched that entire video. He is playing an SCN tone scale game with Chris, claiming he is 1.1. Silly.
IOW, I guess Andy is trying to get Chris up to 2.0 in this silly game. :confused2:
Click to expand...

Nah, don't think so. Nothing that benign.

Nolch really believes Shelton is a "1.1." He's not trying to "rehabilitate" him. Rather, having bought into Hubbard's 1950 view of homosexuality, he's trying to discredit him. 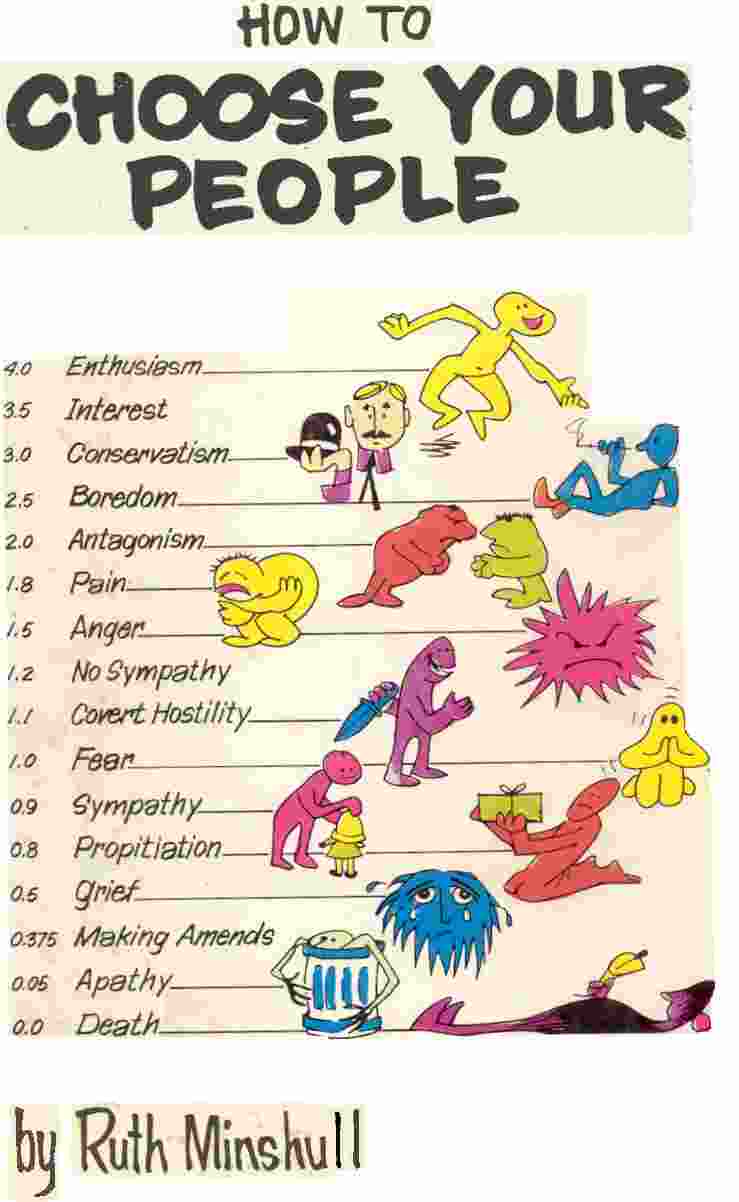 It may be useful, for those curious, to examine Hubbard's instructions for what to do with "1.1s"

A key text for this is the book Science of Survival.
O

ts;dw (too stupid - didn't watch) ...besides it is Andy Nolche - this dweeb has been all over the net making a fool out of himself regarding Scientology...some day he will really cringe.

Chris Shelton is as heterosexual as a man can be - good looking guy and very smart.

Not that being Gay is bad or there is something wrong with it.

But Andy Nolche has had a bit too much Scientology and he has slipped into the evil valence of Xenu.

We love you Chris and Andy Nolche is a Scientological Douche Bag.

Churchill said:
I had to throw in the towel at :21 when my ears started to bleed.
Click to expand...


You lasted a lot longer than I did ... that voice is SO annoying.

What ever happened to Ruth Minshull?

Miss Ellie said:
What ever happened to Ruth Minshull?

I think all "off source" books were eventually a no no.

Miss Ellie said:
What ever happened to Ruth Minshull?

I guess she dropped to tone 0.0

I think all "off source" books were eventually a no no.
Click to expand...

Both Ruth and Reg Sharpe had IA ( issue authority) till greed sunk it's teeth into Hubbard and I guess Miscavage and they turned on anyone else making money off his tech. I don't recall exactly when he / they lowered the boom - was it all at the same time as the mission holders massakree (yes, I love Arlo Guthrie's Alice's Restaurant) and Delta Meters all got mowed down?

That to me is the absolute lunacy of it all. They cut the knees off all their field vanguard ( and not just once either - for example - they took all of the Beverly Hills Mission's out of town PC's and turned them over to the local missions or orgs - I can't recall which, though I think it was the orgs) and crashed the BH mission in the process. Hubbard either didn't realize how unpopular the orgs were, or more likely, he did know, and couldn't abide it.

PS - in the book of e-meter drills it states the delta meter didn't show f/n's. How utterly stupid did...they.. uh... Yeah. Really stupid. PPS - pretty dusty negative - a hot half hour in photo shop could have cleaned that up.


programmer_guy said:
I took that as a challenge.

For that achievement you are hereby awarded the certificate and medal of:

I only got up to 13 seconds. Nasty piece of work. My colon couldn't take it.
A

Andy is the king of going full retard! ROFL

This will be a classic I downloaded a copy in case he takes it down! can't wait to see chris's response video, andy just gave him a prime example of what's gross in scientology and independant scientology, and the type of stereotyping judgmental sheep it breeds and attracts, dude's a creepy creep!

Yeah like someone mentioned, his ability to impersonate is horrible, the whole valence crap hubbard stole and andy is fixated on hubbard

I'll have more comments on this later, I'm both highly amused he just exploded himself in foot bullets but disgusted by his little cult victim trap he has no clue he's stuck in hubbards meat grinder his brains mush he has no thoughts of his own left.

I just made a huge mistake, in an attempted to understand where Andy was coming from by going through several of his videos on his channel. There was no need to really, scientology, explains it all.

By the way Andy if you ever get your life back, and you look back at this video in particular, in an attempt to move forward with your life you will need to apologies to Chris and then attempt to forgive yourself. It will not be an easy road back, but being man enough to admit you were wrong and ask for forgiveness will help to heal yourself.

Chris Shelton is also a member here so Andy is disparaging a fellow board member.

I'm just glad that the Independents never use any of the bad aspects of scientology.

Operating DB said:
I only got up to 13 seconds. Nasty piece of work. My colon couldn't take it.
Click to expand...

Err, umm, is this a variation of "gay bowel syndrome" this Nolch guy is running on everyone??? (It is actually a real medical condition)

I mean, he actually thinks his performance presents as something worthwhile of anything, anyone????

/
You must log in or register to reply here.

K
Getting Clearer with Chris Shelton - is an excellent Scientology resource

Scientology is coming apart at the seams!
2