A response to writing a letter to my Congressman in May, 2015

I take the point an ESMB member made about going to the IRS and lodging a complaint per their process. Still, I instead felt inspired to write to my congressman. His response follows:


Thank you for contacting me regarding the Church of Scientology's tax-exempt status. I appreciate you taking the time to share your concerns with me.
The tax-exempt status of the Church of Scientology has been a controversial issue for nearly 50 years, when the Internal Revenue Service (IRS) revoked the entity’s tax exemption in 1967 because its activities were determined to be commercial and operated for the benefit of individuals, not the public. After a number of lawsuits and legal challenges to regain its tax-exempt status, the IRS recognized the church as a tax-exempt nonprofit organization in 1993. To date, questions remain as to how and why the church's status was reinstated.
Recently, a documentary aired that reignited calls to the IRS to investigate the church and reexamine its nonprofit status. Moreover, a petition on Whitehouse.gov calling for the revocation of the church's tax-exempt status has been started. While I have not yet seen the documentary, I'm troubled by what I have read.
To obtain and maintain tax-exempt status under the Internal Revenue Code Section 501(c)(3), an organization, including churches, must be organized and operated exclusively for charitable, religious, educational, and other purposes for public, not private, benefit. I don't believe that Congress should be defining what is, and what is not, a religion, though I do believe that we should evaluate federal tax laws governing tax-exempt organizations and the enforcement of those laws to ensure that nonprofits are meeting their charitable, religious, and educational purposes. Based on what is being reported about the church and its activities, it appears that an IRS review of the organization would be justifiable.
Again, thank you for sharing your thoughts with me. Please continue to contact me on all issues of importance to you and our district.

Certainly this is not a thundering call to dismember Scientology, but I was pleasantly surprised to see that the congressman's office has some sense of the history of Scientology and it's relationship to the government. I feel my letter to him was a worthwhile effort.

That is a terrific response!! Everyone should consider writing their reps, as well. Thanks for writing him and posting the reply!!!

Too excellent for words.


Rinder said:
Writing to your Congressman IS an effective means of doing something about it.

It's awesome to get a response like that. I wonder if the Senator, beyond agreeing with the concerns about the cult, plans to raise this issue to get things moving with the IRS.
D

Jeez, now that Congressman Thompson's kind response to my letter is posted hither and yon on the 'SP web', will I be unpopular with the Scientology Organization? Now that I have shown that U.S Representatives can be aware of Scientology's troubling history and activities, will the OSA target me? (Not likely, I think they still have much bigger problems, HBO's documentary not least among them....)

May he follow in the kind footsteps of Congressman Leo Ryan!

This is NOT OK !!!! said:
May he follow in the kind footsteps of Congressman Leo Ryan!
Click to expand...

I understand your sentiment but I wouldn't want him to be murdered by the members of a cult like Leo Ryan was.

I didn't mean that.

Congressman Ryan was also listening to ex-scientologists too.

David C Gibbons said:
Jeez, now that Congressman Thompson's kind response to my letter is posted hither and yon on the 'SP web', will I be unpopular with the Scientology Organization? Now that I have shown that U.S Representatives can be aware of Scientology's troubling history and activities, will the OSA target me? (Not likely, I think they still have much bigger problems, HBO's documentary not least among them....)

If I were you and started noticing anything odd going on around me, I would take detailed notes! Time/place/what etc. These sons of bitches are malicious and I pray they won't mess with you. Most of them have nothing else to do but harass people!

Your letter and the reply you got are AWESOME and you've inspired me to start writing too! Cheers.

Congressman Ryan was also listening to ex-scientologists too.
Click to expand...

I know you didn't, no criticism of your post intended. He was far ahead of most people in understanding the harm LRH and others like him were doing. He paid with his life to try and help the victims of a cult leader. 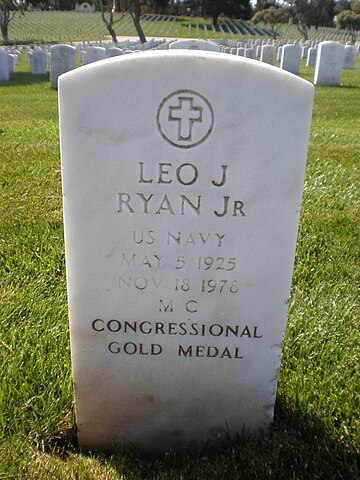 Someone in Rinder's Blog gang asked me for the text of my letter: it went something like this:

Recently attention has been placed on the Scientology organization with the HBO expose. As a victim of this organization, I wonder if the time is now ripe for a hearing or two on how this group warrants a tax exemption, considering the harm that has been done and is being done to many thousands of Americans.

I understand that Scientology is small potatoes compared to the many other problems our nation faces, but I hope that even a little government effort can greatly reduce the harm Scientology does to individuals, families, and to general society by sucking the money and energy from its victims. (I know this from bitter personal experience, having been involved with Scientology for decades.)

The status Scientology has as a so-called church, it's complicated corporate structure, and it's willingness to use huge amounts of money on legal attacks to silence its critics notwithstanding, it is far past time that any American should be victimized by this predatory organization.

Many more of us ex-Scientologists are now speaking up, as the internet has made it much harder for Scientology's money and lawyers to shut us up. Still, some help from our government at least in the form of a review of the IRS decision to grant Scientology tax-exempt status would be a great help in defanging this organization.

This is what I felt I could say honestly, with polite concern for the well-being of my fellow Americans as the theme. I hope others are inspired to speak in their own words to their representatives.

Linked to the above post on Rinders blog, and quoted it.

TrevAnon said:
Linked to the above post on Rinders blog, and quoted it.

No worries, Trev! I just hope my scribblings inspire others to let their government know about this small but nasty parasite upon the body politic.

Anyone is welcome to copy and modify my writings on the matter of contacting their elected representatives.

I am not 'source' on this topic. I am not providing the ONLY technology leading to total freedom from Scientology. I am not writing anything to create an army of degraded (intimidated, deluded, OR fanatic) followers that I can use to enrich and protect myself. I claim no religious or legal status to protect myself from proper retribution by individuals, organizations, or governments for the crimes I or my nonexistent followers have committed under my direction. I do not have a crew of well paid and conscienceless lawyers or investigators, and poorly-paid but equally conscienceless dirty tricks people at my beck and call willing to do anything to legally or illegally discomfit and silence my real and imagined enemies. (Am I forgetting anything?)
Last edited: May 25, 2015
You must log in or register to reply here.

K
Something can be done about it! Write to the IRS and govt reps to investigate Co$

NPR Article: Can A Television Network Be A Church? The IRS Says Yes