An exclusive look at the Leah Remini KRs

All that was missing for an "IDEAL WEDDING" was that team of 3 Int wedding photographers.

They could have filmed the wedding, getting a camera right up in the face of any SP guest, screaming things at them like "WHAT ARE YOUR CRIMES?!" and "NOBODY GIVES A FUCK ABOUT YOU!" 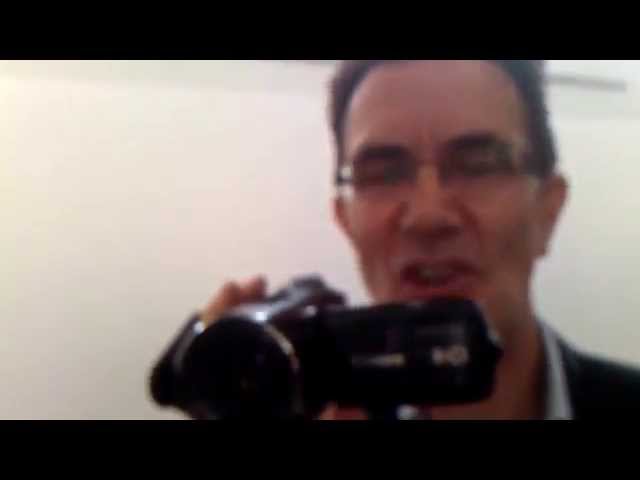 "HEY!!! We just caught you on surveillance!
You try to change your assigned seat one more
more time and you lost your eternity cocksucker!" ​
Click to expand...

Yeah, they are fully trained. Each has successfully completed the HPSSC (Hubbard Professional Stalking Specialist Course).

They do a lot of clay demos and drills on that course, and a special set of TRs, like this one:


TR-W: Training Routine Wow! This drill is conducted in an airport. The coach takes a position a considerable distance from the student, as if they are waiting to catch an airplane. The coach (holding a video camera) casually walks towards the coach. When they are just three feet away, the coach suddenly looks up and recognizes the coach as an SP and states: "Wow! I just happened to be in the airport with my video camera and noticed that you, an evil wholetrack SP, are here."

The student then begins invalidating the coach with horrific and insane statements (e.g. "What are your crimes?", "Nobody gives a fuck about you!", "When you die, I hope you die alone and in the dark and in pain.") until the SP (coach) caves in and realizes that by blowing Scientology they missed their only chance to handle their case and become a happy, successful OT like the ranting, screaming stalker (student).

The obscene transformation, a tragedy of Shakespearean proportions.

"THE [STRIKE]TAMING[/STRIKE] TECHING OF THE SHREW"​

. . .
Waiting in the wings for her chance
to eviscerate DM and get the top spot.
​
View attachment 11550


Hey, if the NOI can be Scientologists, why can't the mafia also get on the Bridge? 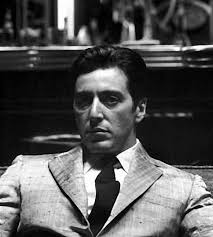 David Miscaviage is no Michael Corleone, he's more like Fredo and Scientology looks like what Don Fredo's story would look like
if he had been the leader of the family.

Where is Shelley Don David ?

ILove2Lurk said:
. . .
Waiting in the wings for her chance
to eviscerate DM and get the top spot.
​
View attachment 11550

Here's the exact moment of her Shermanized[SUP]tm[/SUP] speech, where she suddenly & abruptly stopped (and had that thought):

"....notwithstanding the orders of magnitude of our unprecedented mega-planetary expansion vis-a-vis Ron's Ideal Org program, to wit--not only a 4th dynamic blowdown but a dial-wide floating needle that stretches from North Pole to South Pole and wraps itself round and round this planet like a bow atop an intergalactic present to LRH, which is to say "THAT'S what I call a cosmic compliance report to let the Commodore at Target 2 know: 'Planet handled, sir!! Awaiting your orders of which Solar System you want us to clean up next, sir!'" But, that is insignificant when one considers the multi-trillion year time continuum of which we have the great fortune of being in control of, because it is not only an honor to save mankind, but we are erasing the vestiges of an eternities of suffering which, notwithstanding the inability of homo sapiens to forestall their own gloomy dwindling spiral, but we have managed to pull the proverbial sword from the MEST stone in which it was entrapped for eons, awaiting the dawn of a technology which not only re-defined the word 'freedom' not only to allow every man woman and child to be 'free' but to give them this priceless gift for free!"
​
At that point, the assembled crowds of Scientologists began standing, clapping, uproarious cheering and foot-stomping in exaltation about the r-factor COB just gave them--in which they (although not suspecting it a few moments earlier) just had a massively gartantuan win!

Whatever bad things you have to say about BTs, at least they hold people's faces together.

WHICH OF THE FOLLOWING IS
NOT
A SUPER-HAPPY SCIENTOLOGIST?

These are great "before and after" pictures that illustrate how Scientology really transforms its members.

A great flyer could be made to hand out to public people as a warning not to join staff.

She is only one of many that took a sharp turn for the worse as a result joining staff.

What would be nice is to make a professional looking recruit flyer, making the first page or two look genuine with LRH quotes and all, but then by the 2'nd or 3'rd page show a series of before and after pictures like these, showing what REALLY happens to people.

This sentence: "It starts when you are always afraid

Cat Daddy said:
This sentence: "It starts when you are always afraid

This afternoon I stepped out for a late lunch and ran into a guy I that worked with years ago. He's now in Law Enforcement and had been helping people out of trees today due to the flash flooding in the area. The first thing he said when he saw me was, "So did you escape the Scientologists!"

I said that yes I have that situation all under control now.

He then asked about "this woman ex-Scientologist on TV tonight".

I said that it is Leah Remini. He got excited and said, "Oh yeah that's her! I understand she's got a lot to say!"

I was pretty surprised at how excited he seemed to be about it. A big and very strong manly man in law enforcement kind of dude excited about Leah Remini spilling the beans on Scientology.

Cat Daddy said:
This sentence: "It starts when you are always afraid

If scientology had it's way, it would be:

and hubbard tried thru:

Which is the PR and Marketing Series in the Green Volumes

and ultimately from Dean Wilbur Rhetoric

Don't forget, if one were to look at the org board, division 7 is first or Executive, then divisions 1-6, and note PR and Marketing ( Rhetoric- the art of persuasion) are before the tech divisions.
Last edited: Oct 31, 2015

Just saw her 20/20 interview. Excellent. She made some great observations.

Tony Ortega Mod • a day ago

Business Insider seems to think Katie was apologizing for Leah getting "written up" for the "get a room" joke on the night of the salsa lesson.

Katie would have heard from ABC that Leah was going to reference the KR she wrote after the wedding, and she knew it would have had a potential to make her look bad. So she got out in front of it by issuing a classy statement through her press people.

Dan Harris then pimped it a bit too hard, and now Katie's people are a little pissed.

But all in all, a smart move by Katie.
Click to expand...

TheHoleDoesNotExist Tony Ortega • a day ago

While I can understand Katie's PR people being pissed, I think it's part of their job to act pissed. They know media and they know all the possibilities. It's their job to have contingency plans and strategies.

Some might be disappointed she didn't say more, but I thought her one statement was a shot over the bow. This is the first time she has spoken since the divorce, and public who have forgotten that she escaped with throwaway phones will remember it all over.

By her one short statement, she confirmed in the public's mind that these totalitarian snitching knowledge reports DO in fact exist and are a common fabric of the scientology mindset. That is the true value of this statement. And getting an apology is a big, F'kn deal. It is for ex's, but for general public, an apology resonates on a deep level and has an undeniable effect on believability and empathy for the person being highlighted. Yep, classy and smart all the way.
Click to expand...