Angry Gay Pope makes an insensitive ass of himself of LRH Way..

JustSheila said:
SORRY! My mistake! I mixed up the poster I quoted. Sometimes I'm, how can you put it, scatter-brained? Apologies for calling you Len by accident. I have no IDEA who you are, BB. If you hadn't quoted me, I could have fix'd
Click to expand...

Don't sweat it. I made a mistake myself ounce!
C

Karen#1 said:
The name of the guy Pope took video of is Tom Arimento.
He was in FOLO ExTernal comm from 1973-78. (Now called CLO) He then developed Multiple Sclerosis
He was raised in Yonkers, NY, and he is a very kind man. I will attest to the fact that Tom came from an extremely wealthy family.

I have often wondered how much the Cult drained out of him.

Strangely enough his fellow External Comm guy John Bond who has done the same job in External Comm, even same area developed some huge medical problem as well. John Bond, (British) served some 40 years in the Sea org. He got no Bridge, but he did get a serious medical condition.

Chris Shelton would know both of them well.​
Click to expand...


OMG! All the dots are beginning to connect now!

And, there is another pretty obvious tip-off that AGP, COB, LRH and RJD are all the same person--

Just like LRH, RJD has inspired bronze
busts of himself around the world
(the one pictured above in Kavarna, Bulgaria)​
Click to expand...

Sad that the angry dwarf is no longer with us.

I think it is a pity he never endorsed Ronny James Deodorant. He would have made a lot of money and increased deodorant usage among his fans.

It is in honour of RJD that I refer to David Miscavige as the angry dwarf with no musical ability (a trait he shares with LRH).

TheOriginalBigBlue said:
My confusion also. It was originally in Sheila's post, ergo my "???". Wouldn't make to much of this. Maybe I said something that reminded her of you. Given enough time I'll probably call you Sheila.
Click to expand...


oneonewasaracecar said:
........I refer to David Miscavige as the angry dwarf with no musical ability (a trait he shares with LRH).
Click to expand...

The thing I really love about Dr. Hubbard is speeding up the footage so that the BEFORE and the AFTER comparisons can be put side-by-side.

THE BEFORE: Hubbardian hubris & hyperbole. Dr. Hubbard announces to the world that he has "discovered" the "tech" of music that mankind had never understood nor even suspected. It is heralded by the heinous hustler himself as a "monumental breakthrough" in the field of aesthetics.
TRANSLATION: Ron knows how to write a hit song that will soar to the top of the pop charts--and he has now generously agreed to sell you that priceless information for your own soon-to-be-glorious rock star career!


Then comes the actual "product" that Hubbard has been flagellating everyone
with in order to extract and coerce from them every conceivable
nano-particle of admiration and money.
Here it is, better-than-the-Beatles!

​
THE AFTER: Horrific! Hideous! Hoax!

TRANSLATION: Ron lied. Again. Just like DMSMH (1950) where "Dr" Hubbard proclaimed (about his own book!) that: "The creation of Dianetics is a milestone for Man comparable to his discovery of fire and superior to his inventions of the wheel and arch."


Wait! Apologies to all. That quote (from DMSHM) was altered due to an ST (Suppressive Typist). Here is the corrected version, in order to allow mankind to attain the full and truly miraculous gains attainable by the tech.

"The creation of Dianetics is a [STRIKE]milestone[/STRIKE] millstone for Man
comparable to [STRIKE]his[/STRIKE] my own discovery of (The Wall of) fire."
​

I can't bring myself to watch the video, but done correctly confrontation can sometimes help esp if you have a person with whom other gentle or more understanding methods have been tried to no effect for years. Sadly, the incredible fucked up Scientology belief system that poor guy subscribes to does tell him "he pulled in" a terrible disease like MS and then treats him like shit. I'd always say go for compassion and understanding first, but if that's been tried and years of abusive, money grubbing behavior from the cult hasn't caused him to question his beliefs, and you have a three minute window with them, maybe uncomfortable confrontation of his belief system and how the cult views and treats the disabled, might plant a seed or shake loose a bit of critical thinking.

I find it incredibly sad a man suffering from MS continues in Scientology, and they only allow him there so they can milk him for any last bit of silver he might have. If the man was broke, or his family had no money, he wouldn't be allowed in the front door. It's deplorable.

I may not agree with AGP techniques, but the problem really is the cult's treatment and view of humanity and people who suffer from any type of disease or disability.

Wasn't MS the same disease the Uwe Stuckenbrock suffered from at INT - and painfully, needlessly, went to an early grave due to the cult basically imprisoning him because they didn't want to risk their former security officer having contact with his "SP" family? Makes me sick to think about it.

AGP has a lot in common with LRH.

I hope that AGP finds his soul one day - that when he looks in the mirror realizes what he has become he can forgive himself.

I hope we all move up to a higher place... and not sink into the swamp with the gators and leaches.... and the COBs.

Smurf said:
I am shocked & disgusted.. does anyone know who this disabled man is?

I don't see this as any difference in showing me a mother fucking clear!

Will logic speak or emotions speak?

Churchill said:
Don't sweat it. I made a mistake myself ounce!
Click to expand...

And I've made the full pound of them!

The mod deleted it before I saw it, but Pope made sure to email me what he posted. Pffft. So junior high. 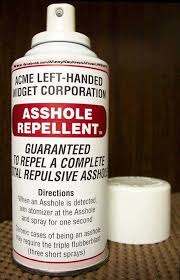 Gib said:
I don't see this as any difference in showing me a mother fucking clear!
...
Click to expand...

Sheila, Tom has MS not CP.

Apart from that, you're right!

JustSheila said:
I get your point, Bunnyskull, but what AGP did is probably the worst way to address someone with Cerebral Palsy.

What AGP did was self-serving and boneheaded, to say the least. But due to the nature of Cerebral Palsy itself, this man is probably busily naming AGP as his SP and getting PTS handling instead of top notch medical care and will probably never again listen to any of us. That's very sad.
Click to expand...

Tom has multiple sclerosis, not CP, though they both attack the central nervous system.

Thanks, Panda and Smurf. Deleted.

JustSheila said:
Thanks, Panda. Deleted. Please delete your comment. Yeh, I'm just striking out lately, what's up with me? Tooo distracted I think.
Click to expand...

I actually liked the post. Just correct the error the rest of the post is good. I didn't quote it for that reason and Smurf has already commented too so it makes more sense to leave it. It's no biggie but I laughed at you "striking out".

Smurf said:
The mod deleted it before I saw it, but Pope made sure to email me what he posted. Pffft. So junior high.

It was not deleted before someone cross-posted it (sans videos and pictures ) to WWP.

That's the internet for ya!

Panda Termint said:
I actually liked the post. Just correct the error the rest of the post is good. I didn't quote it for that reason and Smurf has already commented too so it makes more sense to leave it. It's no biggie but I laughed at you "striking out".
Click to expand...

lol! Thanks, Panda. Too late, I already deleted it. This seems to be an unlucky thread for me or something. Better get my lucky bat out and have a few swings somewhere else.
You must log in or register to reply here.

AGP vs. Rick Moxon in deposition...