Angry Gay Pope makes an insensitive ass of himself of LRH Way..

I take your point, Gib, but seriously, do you think that the approach demonstrated by AGP in that video helps or hinders the critics' cause? (Logically speaking, of course.)

Panda Termint said:
That's the internet for ya!
Click to expand...

Dangit.. the Mod deleted his account before he could post a pic of him sitting on the 12-inch penis.

He made his position clear.

Also, he appears mental. Funny he would drop Agent Orange's handle as establishing credibility. I remember the olden days, and a group of us from over here, had decided to make the long trip to Los Angeles for a specific raid. And at the time, I was a member of the L.A. forum (long gone now). So I was asked by the group to, and then posted that we would be ready, willing, and able to come over to L.A. for a protest. The thread turned into all of the members there telling AO to basically go away and do what he proposed with his friends. No one wanted to do anything that he suggested, and they all made that very clear.


The thing I really love about Dr. Hubbard is speeding up the footage so that the BEFORE and the AFTER comparisons can be put side-by-side.

THE BEFORE: Hubbardian hubris & hyperbole. Dr. Hubbard announces to the world that he has "discovered" the "tech" of music that mankind had never understood nor even suspected. It is heralded by the heinous hustler himself as a "monumental breakthrough" in the field of aesthetics.
TRANSLATION: Ron knows how to write a hit song that will soar to the top of the pop charts--and he has now generously agreed to sell you that priceless information for your own soon-to-be-glorious rock star career!


Then comes the actual "product" that Hubbard has been flagellating everyone
with in order to extract and coerce from them every conceivable
nano-particle of admiration and money.
Here it is, better-than-the-Beatles!

​
THE AFTER: Horrific! Hideous! Hoax!

TRANSLATION: Ron lied. Again. Just like DMSMH (1950) where "Dr" Hubbard proclaimed (about his own book!) that: "The creation of Dianetics is a milestone for Man comparable to his discovery of fire and superior to his inventions of the wheel and arch."


Wait! Apologies to all. That quote (from DMSHM) was altered due to an ST (Suppressive Typist). Here is the corrected version, in order to allow mankind to attain the full and truly miraculous gains attainable by the tech.

"The creation of Dianetics is a [STRIKE]milestone[/STRIKE] millstone for Man
comparable to [STRIKE]his[/STRIKE] my own discovery of (The Wall of) fire."
​

Oh, good xenu! I've never heard this before. Nor will I ever again. Is that Hubbard singing? Really bad, whoever it is.

FWIW the band sounds acceptable. If you like that upbeat, brassy kind of stuff.
D

nomdeguerre said:
I saw AGP on his rise to power he warmed up abusing the staff of the San Francisco Org with his henchmen before the main event of the mission holders conference. When he got in my face, I almost punched him out. I held back because he was so freaking short. I regret not decking him to this day. lol.

At 5 ft even Stalin would have towered over him. The haircut is Stalinesque imho.
Papal bull. lol.
Nom
Click to expand...

Angry Gay Pope is not a short man. Look at the videos of him standing next to other protestors. He looks to be quite tall. And well built too!

DeeAnna said:
Angry Gay Pope is not a short man. Look at the videos of him standing next to other protestors. He looks to be quite tall. And well built too!
Click to expand...

He's 6 foot tall. This is his main website not connected to the cult.

DeeAnna said:
Oh, good xenu! I've never heard this before. Nor will I ever again. Is that Hubbard singing? Really bad, whoever it is.
Click to expand...

Yes, that is Dr. Hubbard singing. 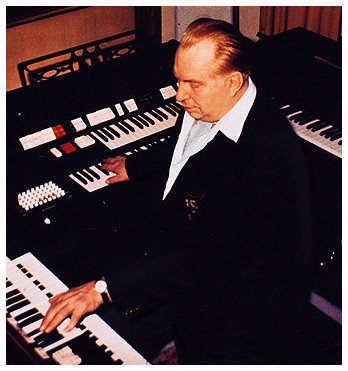 DeeAnna said:
Angry Gay Pope is not a short man. Look at the videos of him standing next to other protestors. He looks to be quite tall. And well built too!

Yes, and he also played the saxophone solo on Gerry Rafferty's 'Baker Street'.

and the parallel fourths guitar riff intro to Deep Purple's 'Smoke on the Water'.

Jump said:
and the parallel fourths guitar riff intro to Deep Purple's 'Smoke on the Water'.
Click to expand...

No, sorry, you've got that one wrong mate, that was me!

strativarius said:
No, sorry, you've got that one wrong mate, that was me!
Click to expand...

Only if your nick was Stratocaster might I believe you used Dr Hubbard's riff.

CommunicatorIC said:
It was not deleted before someone cross-posted it (sans videos and pictures ) to WWP.

I had a major realization while reading what Pope posted in the link above!!!

He would make a kick ass running mate for Donald Trump!! Very similar style of communicating to those who are being critical. He name calls and makes fun of them just like Trump does. Uncanny!!

It would be a Yin/Yang ticket. A macho hetero teamed up with a macho homo. Awesome!

Sheesh, these folks are really, really out there!

Laughing out loud here over the "millions of people don't agree with you" mantra. Do people who are in actually believe there are "millions" of $cientologists? I wonder where they think they all are? 'Cause they don't seem to be visiting the orgs.....
Last edited: Sep 20, 2015
N

omg.
I finally out something from my past and I get shot at.
Maybe this is not the place I thought it was. Wow. Just exactly am I supposed to say?

Smurf said:
As AGP has never been a Scientologist, perhaps you'd like to share with us why introduced yourself to this board with a manufactured lie... typical of OSA shenanigans.
Click to expand...

Panda Termint said:
I take your point, Gib, but seriously, do you think that the approach demonstrated by AGP in that video helps or hinders the critics' cause? (Logically speaking, of course.)
Click to expand...

I thought I was using logic, :confused2:

The OP's first line is emotion, or pathos?

Yes. I had it wrong. I have heard that scumbag COB called a lot of things. I am talking about that bleeping clown who took over Scientology. He is angry. He thinks he is the Pope of Scientology and I believe that he is gay.

Are you mistakenly thinking that AGP is David Miscavige?

Seriously, do you know who AGP is?
Click to expand...

AGP vs. Rick Moxon in deposition...