Atack: What David Mayo told me about L. Ron Hubbard, Scientology, and the upper levels

Funny how the concept of Tone 40 dwindled down to yelling at ashtrays. 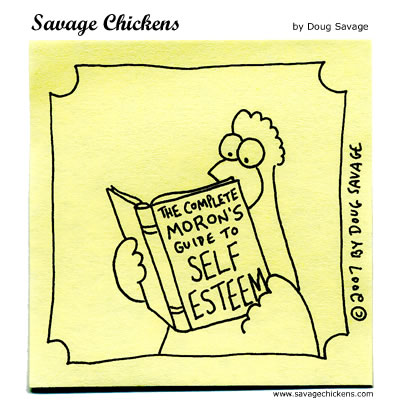 F.Bullbait said:
Funny how the concept of Tone 40 dwindled down to yelling at ashtrays.

I wish Hubbard had taught us ashtray yodeling instead, now that would be a skill to be admired!

DagwoodGum said:
I wish Hubbard had taught us ashtray yodeling instead, now that would be a skill to be admired!

I would also go so far as to suggest that using a yodeling format would have rendered the OT levels far more effective than when merely spoken.
BT's would tend to be far more attentive and session-able, not to mention impressionable if yodeled to rather than spoken to so drably, a format that proved far too boring to hold your run of the mill BT's attention for more than a second or two when spoken to so robotically in run on commands as such.
K

RSS Feed said:
There is a new post up at the Underground Bunker

Atack: What David Mayo told me about L. Ron Hubbard, Scientology, and the upper levels

After we brought the news that prominent Scientology figure David Mayo had died last year in New Zealand, there was a pretty huge reaction from many former Scientologists, as well as a lot of discussion of his legacy. One person who had lengthy talks with Mayo after he left the church was historian [...] CommunicatorIC said:
David Mayo's original, 1980's view that "they should have been paying attention to the ideas, 'mental image pictures' and emotions of those body thetans" is the current view of post-Scientology Spiritual Rescue Technology created by David St. Lawrence. In Spiritual Rescue Technology, one does not try to eradicate Spiritual Entities (i.e., Body Thetans) as one does in Scientology, but instead tries to communicate, and enter into a mutually beneficial relationship, with them. See:

I guess there really isn't anything new under the sun.
Click to expand...

Ever listen to "Abraham Hicks" ? Ester Hicks has perfected a technique where they, "Abraham" talk to us through her. Channeling.

I think we oversimplify or undersimplify. Whichever, we're having difficulty calling things for what they might really be. We're lost in a world of unfamiliar territory. Like the Little Mermaid wanting to be part of that world, struggling to put words to each new phenomenon as it is discovered. And it could be the same, only in reverse, for every phenomenon we wake up from its dream of being nothing at all.


We seem to exist in conditions where LIFE imprints its sofware onto some material or other. Whether IT partitions itself into modlities and imbues it, or whether every new being comes into existence with sovereign Will of it's own, are questions we rely on our intuition to answer for us. Whatever we decide, I think it's observable that many of our internal mechanisms are definitely 'softwares'. Etherically designed programing stored, on 'how' to BE at any given time, and what modality to exist in. They take over us on automatic. 'THEY' have attributes. Some things have the same quality as others and some emerge from a totally different pool of characterists. These softwares are embedded into somethng and onto something. We can feel the difference between characteristics hardwired in, and those which are ephemeral. Some life strata have even been said to respond when summoned by their accurate and correct names.... functions and natures. The living essence in them reacts when acknowledged as having the purpose it got at the time of its creation. This is like the magic of the Ionians, Chaldeans and Persians. And possibly that of ancient kabbalists.

In auditing NOTS we seem to be caught up in wondering how 'independent' a life unit actually is. Does it extend into our universe from someone else's as if on threadlike beams. Is it an automaticiy, a demon, a copy of someone's identity, a long confused disembodied being sleeping away like Rip Van Winkle? When is a lifeform considered to have a truly independent Will....an inviolable one it is legitimately entitled to without being interfered with. We definitely consider it 'wrong' to mess with the self-determinism of certan categories of beings and not that of others. In the composite identity we call a 'human being', which of its 'parts' do we feel most coincident with? All of it...the least dense parts only? Is identification with the the human body different for those having different levels of awareness? At some point in living the human experience, one might not even completely identify with his own mind, or his own singular viewpoint as representing the totality of ALL that he is. If a being should up and decide to exit this universe, would that which he drops off or leaves behind, still be living? Go into shock and be zombified? Eventually discreate? Go attach to someone else? Go off on it's own?
Last edited: Apr 20, 2018
You must log in or register to reply here.

David Mayo in a Lecture