Brighton Anonymous held a surprise miniraid on the 20th September. 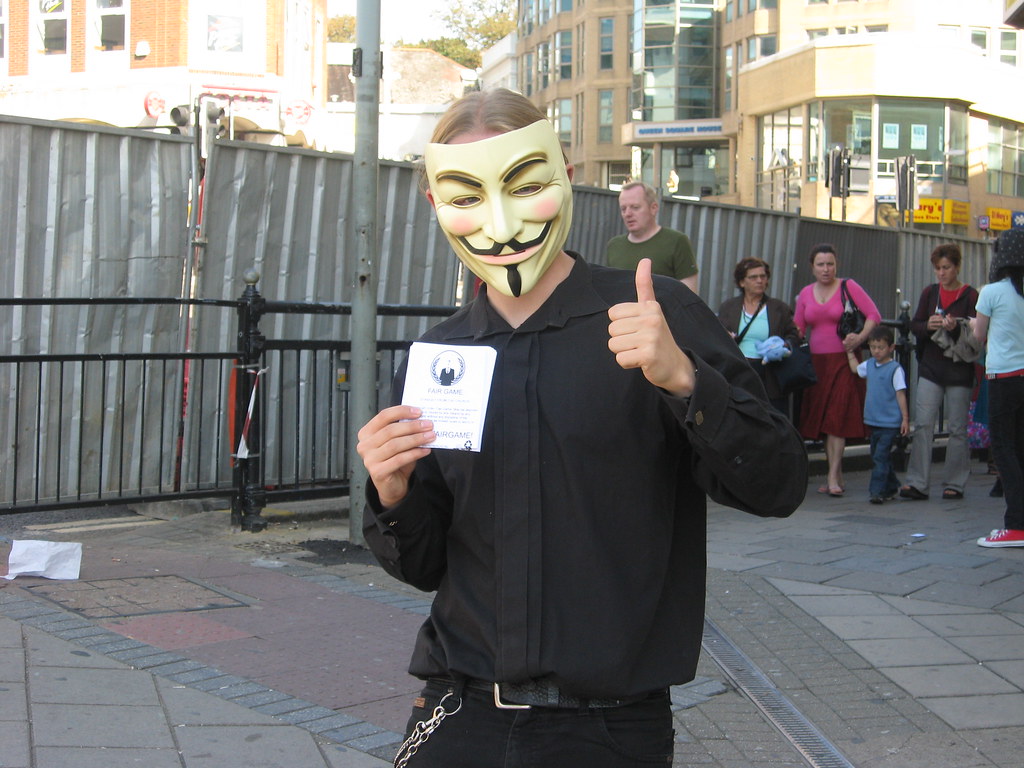 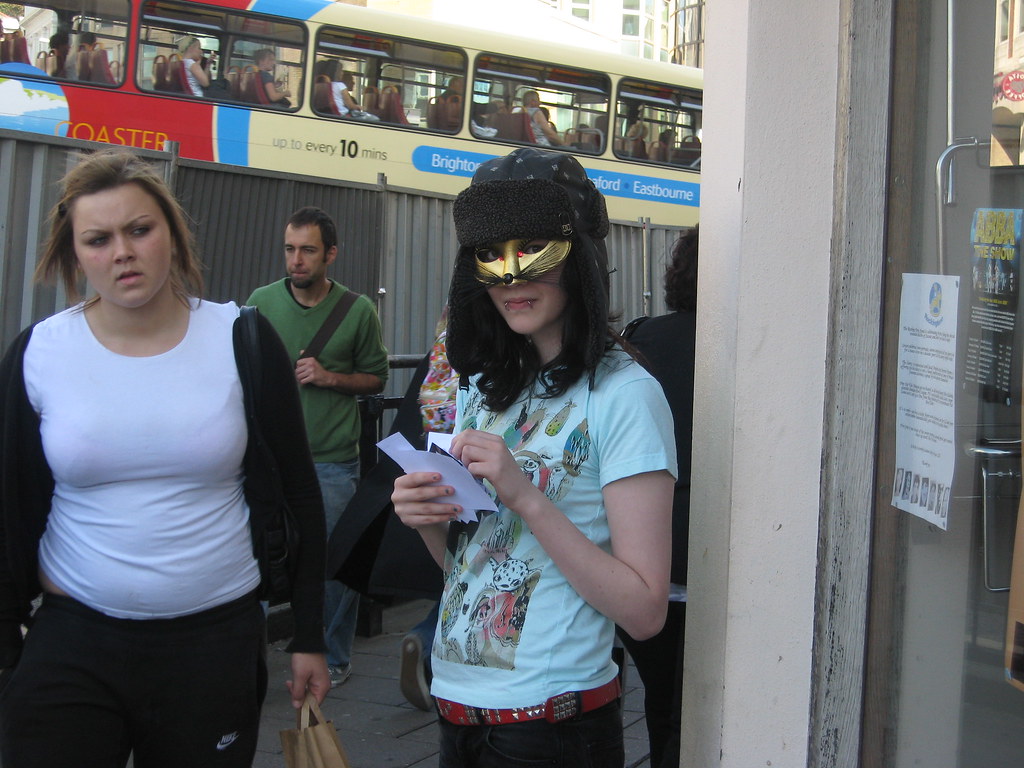 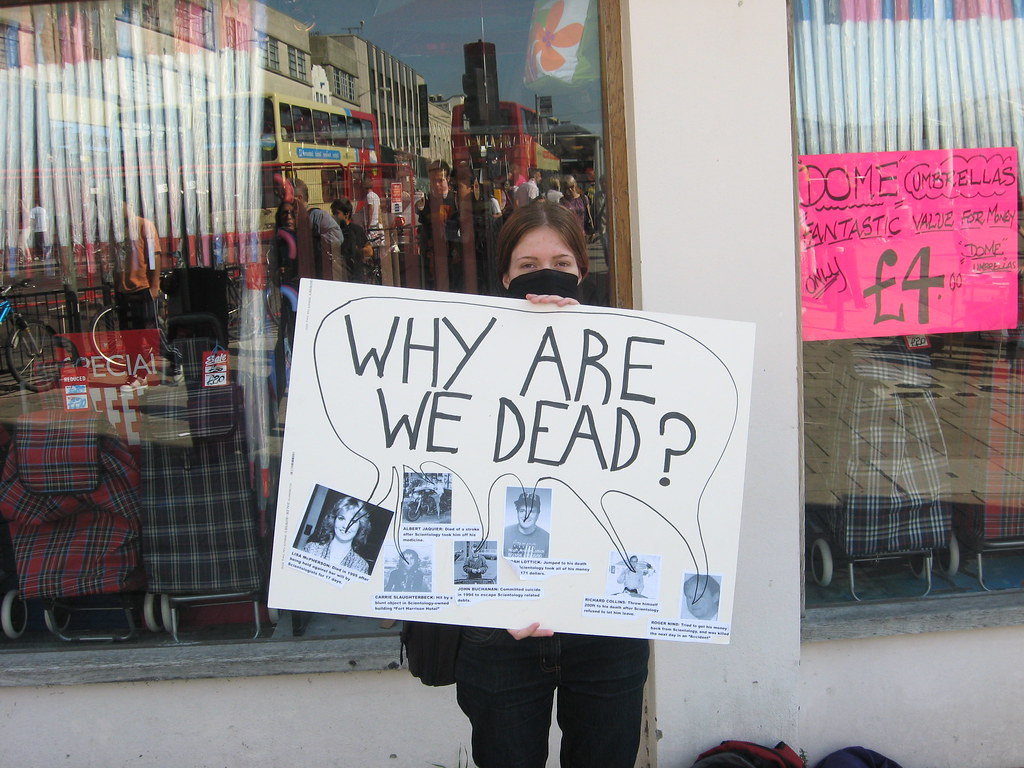 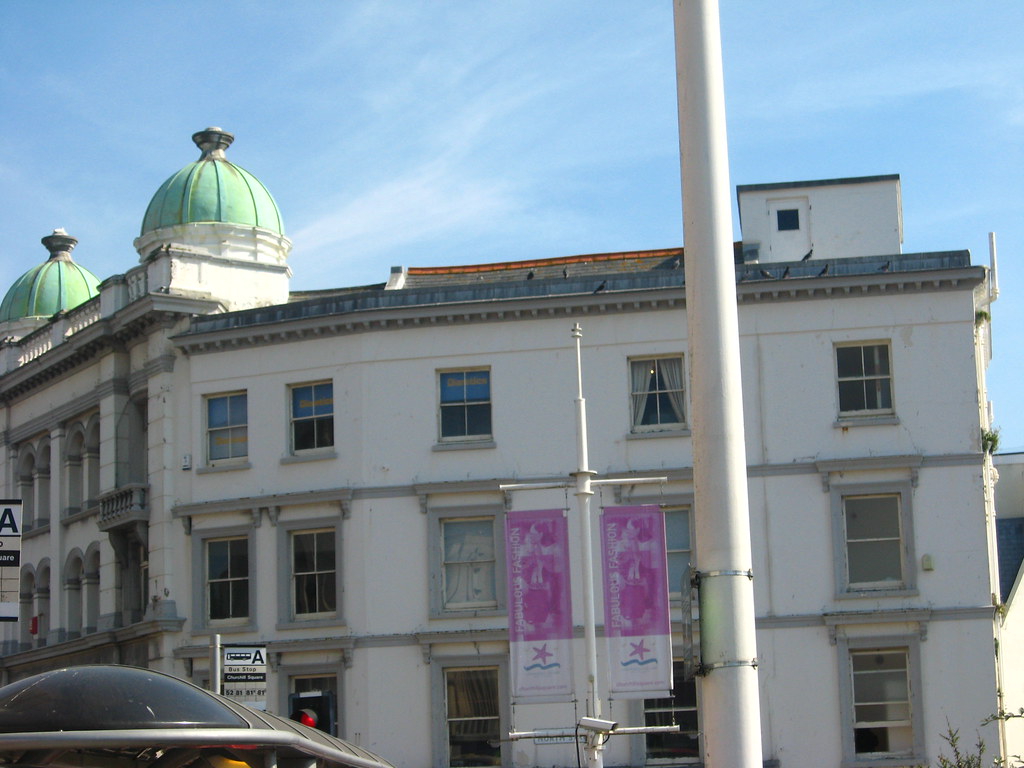 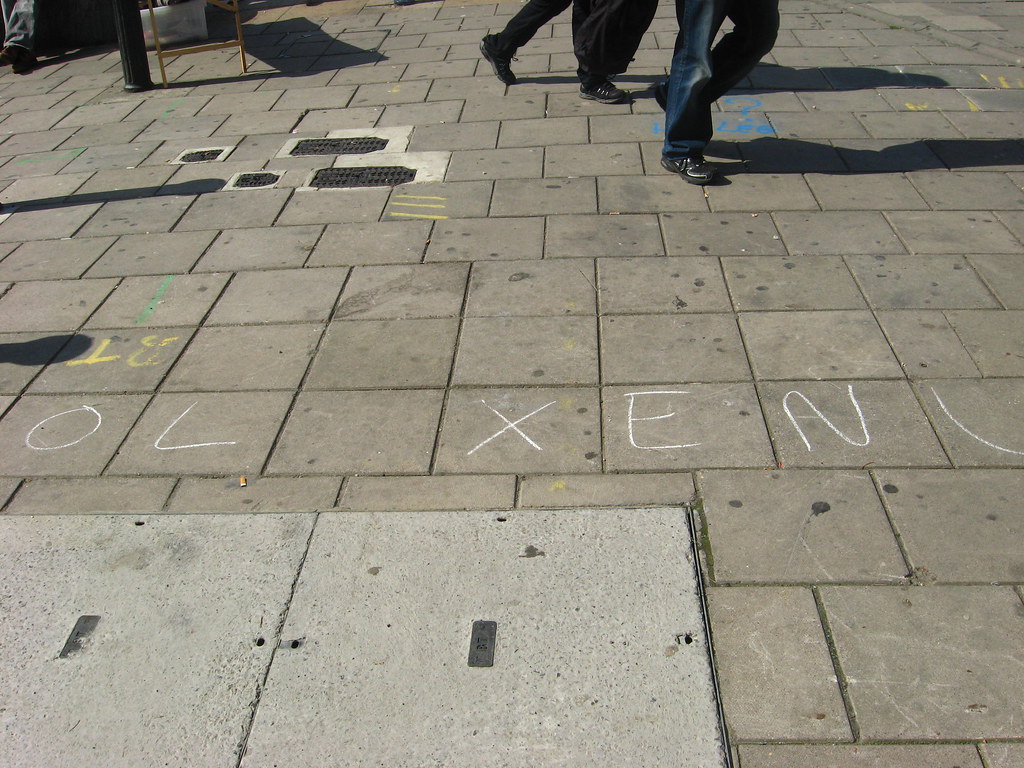 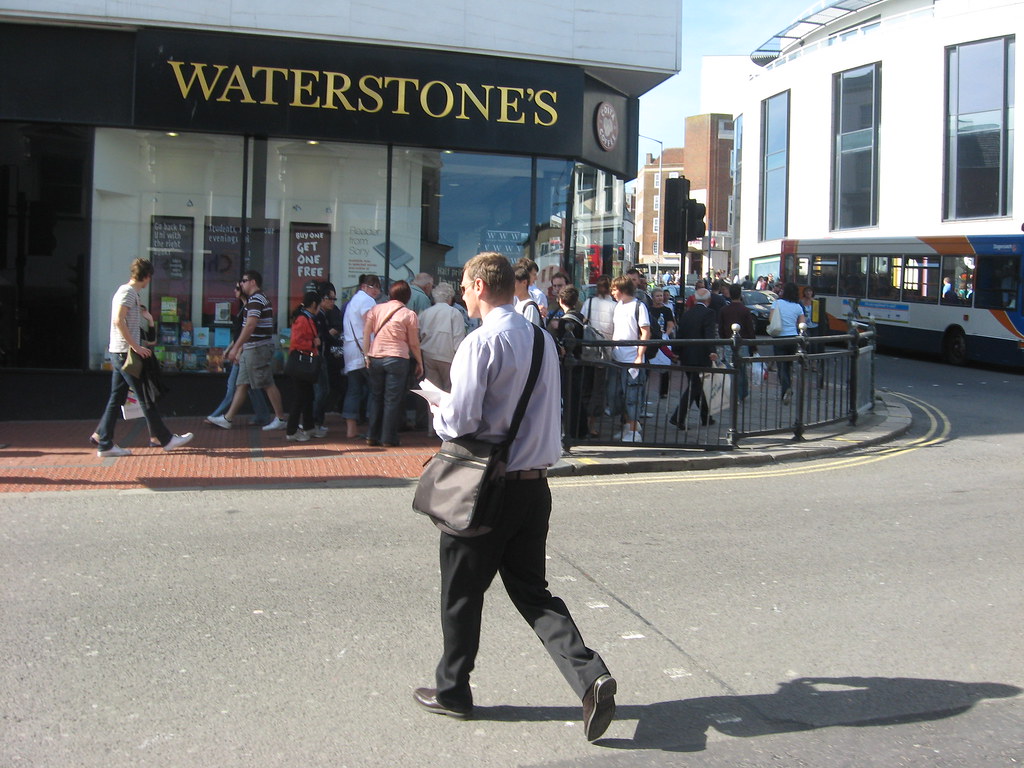 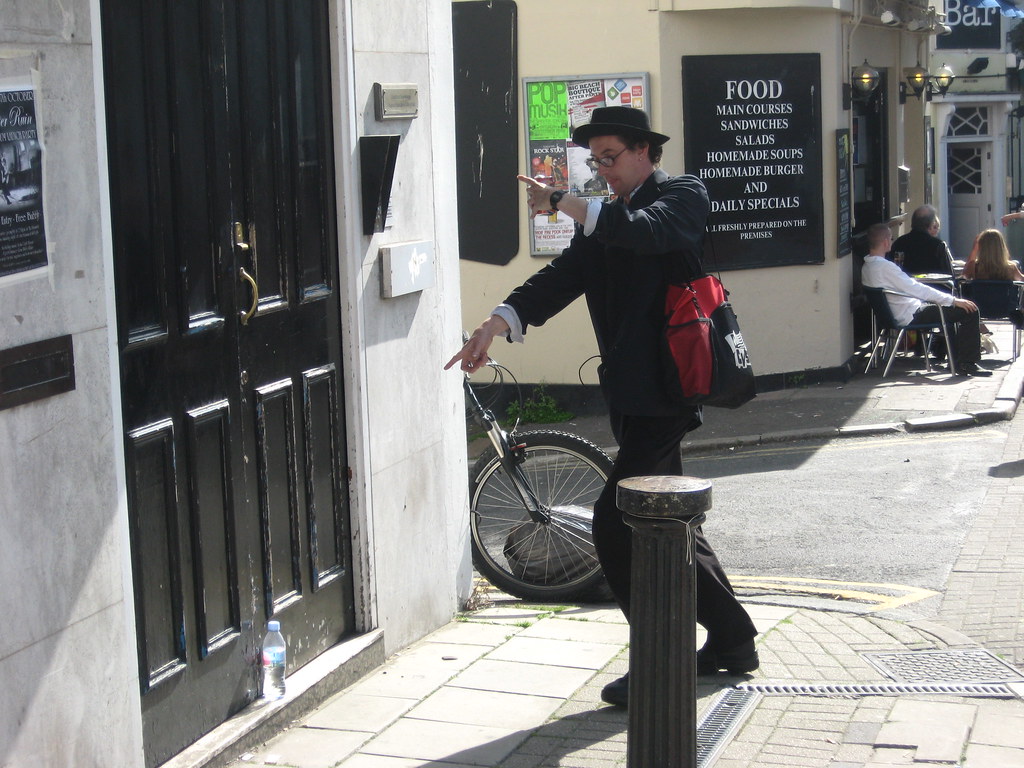 Then a member of the public informed us that there was a Scientologist (turned out to be Alan Stone) around the corner. So, obviously, I went off to immunise the public against his fliers. The moment I turned up he started to flee back in the direction of the org. I was walking back in that direction anyway, to return to my fellow anons, so I kept my camera on. Then somebody suddenly grabbed my shoulder and pulled me back (common assault). You can see him in the below video, ranting about me harrassing people and supposedly being a coward for wearing a mask. I (and my comrades) suspected him of being a Scientologist. Unfortuatly the camera i use is cheap, and therefore the image is low quality.
Heres the Vid:
YouTube - Alan Stone Fails (Plus ASSAULT)

and a screen cap of Green shirt guy, suspected Scilon:

EDIT: also, some other photos of Green Shirted fag. He obviously had followed me for some time before he struck: 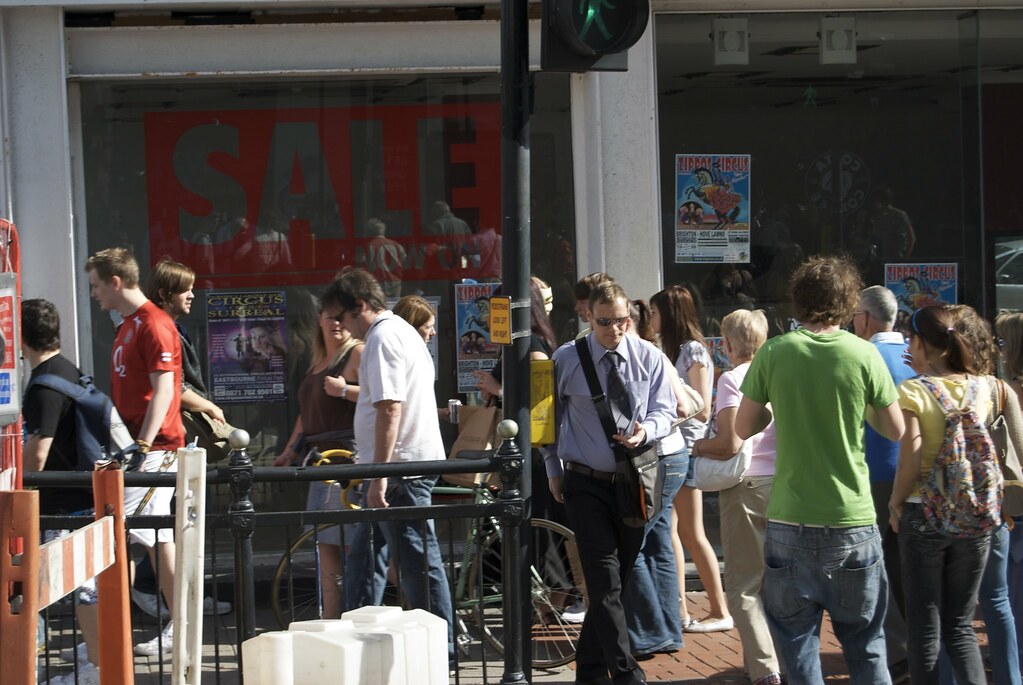 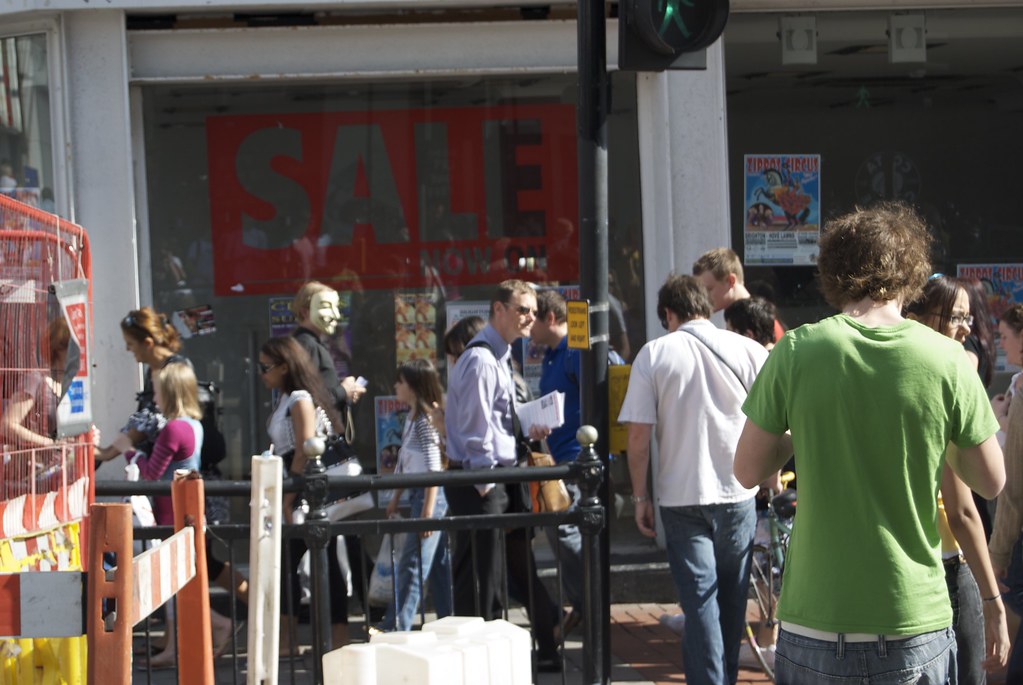 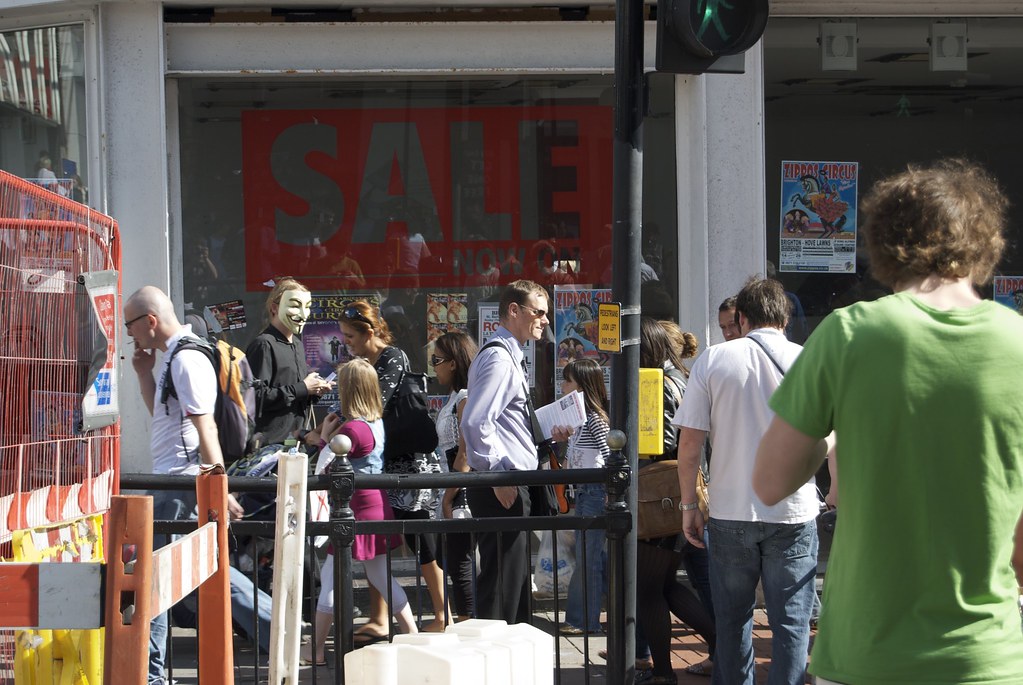 In the last photo, if you look in the window, just below the "S" in SALE, you can see his reflection. He's got a camera out. Also, in the top photo, it looks like he's talking to confirmed Scientologist, Alan Stone. This looks planned to me. If I get an direct ID on Green Shirt Guy, I'll go and file a police report about the assault. Can anyone ID him?

I like it when clams snap at a protest. It's a sign that you are having impact. But are you sure this guy is a clam and not just some local druggie? When he had his back turned in the photos then what was he doing? If taking photos then he is not a druggie as he would not own a camera.

Well if you look closely at the "S" in the giant "SALE" in the window at the back of the photo, you can see his reflection. He has a camera in his hand.

Also, no I'm not sure hes a clam. I'm think so, like 80% certain. I created this thread in case someone can ID him for me.

Thanks for the report!

Your pics take a long time to load though, do you think you could just provide a link to them in future? Or downsize the pic so that it loads quicker? Thanks.
I

There's no reason other than the fact he is one for him to take pictures of Anons like that.
J

The guy slamming the door with the beard is Stephen Brislaine, the FBO of Brighton Org. FBO = Flag Banking Officer. Call him Thursdays any time b4 2PM to wind him up.

He's flag trained and was there for quite a while in the late 90's/early 2000's and works at ASDA Hollingbury on the night check-out. Wow, so Scientology has really worked for him...he spends most days in the Org and most nights working his butt off at ASDA. What a great life.

Thank you for this report. It's never ceases to amaze me that after days and days of TR's including bullbait they still cannot confront or have a conversation with Anonymous. That is incredible. I was going to say what a bunch of idiots but then again who knows what lies they are being told about Anonymous and their protests.

Keep up the good work, I enjoy these reports immensely.
You must log in or register to reply here.

A Piece of Scio History
2