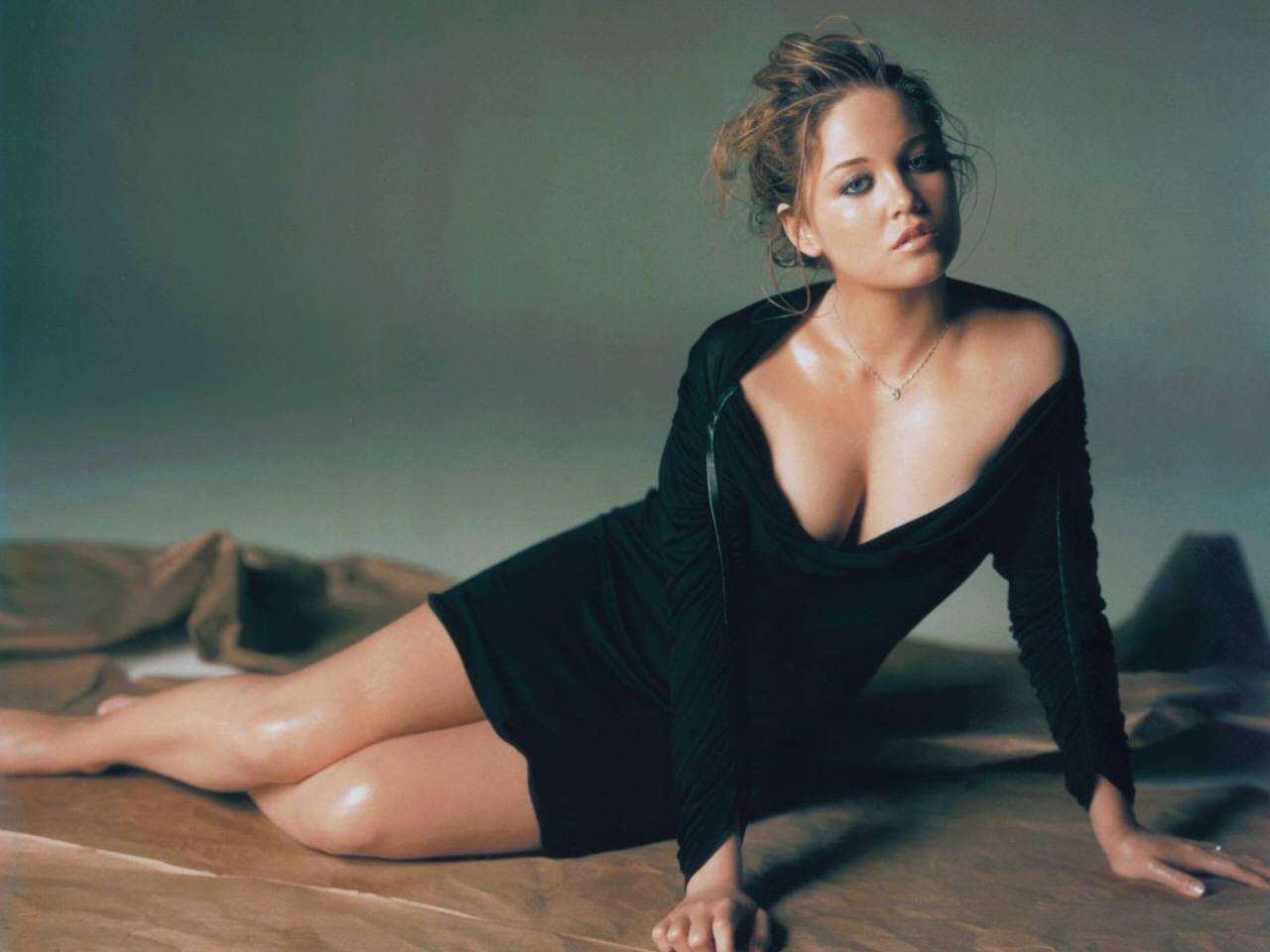 She will be doing an AMA (Ask Me Anything) about Scientology. It's your chance to ask her everything about Scientology
According to reddit:
"I recommend asking her non-confrontational questions. She was born into Scientology and there's a chance that she doesn't even know that there's something wrong with her church."

But Black Rob doesn't give a damn about that shit.
Source: http://www.reddit.com/r/scientology...rity_scientologist_erika_christensen_will_be/

Ask her if her half-brother Nick is still on the RPF & back to selling the Basics on the telephone.

I'm a great fan of Kirstie Alley. Will Scientology help her beat her obesity problem....eventually?

I admire Tom Cruise and the way he applies Scientology. It's not his fault all his wives have been SP's is it?

Did L. Ron Hubbard's wife sue the Government for sending her to prison?

degraded being said:
I'm a great fan of Kirstie Alley. Will Scientology help her beat her obesity problem....eventually?
Click to expand...

You're a fan of someone that would visualize you as a pork chop to be noshed on?

Smurf said:
You're a fan of someone that would visualize you as a pork chop to be noshed on?
Click to expand...

I'm just chewing that over and it's getting me feeling all warm and juicy!

I won't likely be around to ask them so if anyone likes them feel free to use them (but please ask them in a way that everyone understands).

If the tech works how is it that SP's rose up in the ranks to become the #2 and #3 people in the Sea Org and stay there for decades?
Click to expand...

And if they were able to rise to such a rank and stay undetected for so many years how can we be sure that the #1 guy (Miscavige) didn't do the same thing and it just hasn't been seen as yet?
Click to expand...

Why hasn't the CoS revised Dianetics: Modern Science of Mental Health to acknowledge it won't create Clears when Hubbard himself acknowledged this many decades ago?
Click to expand...

How come so much emphasis on the Ideal Org program from management when Hubbard wrote policies that forbid it in the first place?
Click to expand...

Hubbard has indicated that Psychiatrists are the ones who have caused things to go badly in our universe. Are Psychologists OK?
Click to expand...

why all scios - bad actors in movies? why scios good actors in R life?

Terrible picture of her!

Kerry said:
Terrible picture of her!
Click to expand...

She looks like she took drugs or just had sex

Hey Erika....Why has your career stalled?

Will doing the Basics Courses help you un-stall it? Or perhaps the L Rundowns? Finding the SP on your lines?

Orrrrrrrrr here's a thought.....following Leah's example and quitting the cult?*


* The Tom Cruise example: During the 90s he was inactive in the cult. He made a string of hit movies and solidified his spot as the world's most popular movie star. Starting in 1999/2000 he enthusiastically gets back on the Bridge.....by the end of the decade his career crashed an burned. His movies now tend to suck. Female audience can't stand him. No longer most popular movie star. Now he's the most laughed at and ridiculed movie star. The SP on his lines....David Miscavige.
Last edited: Apr 17, 2014

Will doing the Basics Courses help you un-stall it? Or perhaps the L Rundowns? Finding the SP on your lines?

Orrrrrrrrr here's a thought.....following Leah's example and quitting the cult?*


* The Tom Cruise example: During the 90s he was inactive in the cult. As a result he made a string of hit movies and solidified his spot as the world's most popular movie star. Starting in 1999/2000 he enthusiastically gets back on the Bridge.....by the end of the decade his career crashed an burned. Movies suck. Female audience can't stand him. No longer most popular movie star. Now he's the most laughed at and ridiculed movie star. The SP on his lines....David Miscavige.
Click to expand...

Oh well, Empire magazine. We're talkin' heavyweight publication. I retract my earlier post on Tom Cruise. Obviously I was wrong. He is still the most popular movie star in the world.


I wonder how much Empire magazine was paid to do this spread on TC? I mean it looks like a real suck up piece.


Also this:
Erika Christensen’s Journey From Teen Star To "Parenthood"

She was a druggie rich kid in Traffic at 17, and at 31 is a lawyer mom on Parenthood — here, Christensen discusses her long career, growing up famous, Scientology, and how harrowing it’s been for her character this season.

You were born in Seattle, but you moved here when you were little. What brought your parents to Los Angeles?
Erika Christensen: The weather. Job opportunities for my parents. Certainly I don’t think my parents could have necessarily predicted that I would have wanted to be an actor. But this is the land of opportunity. And I know that they very much took into consideration me and my brothers. And without starting a whole huge other conversation, it is the largest concentration of Scientologists in the world. We’re Scientologists. So it’s really cool to have that community as well.
I’m now peering around you to look at the new Scientology building across the street.
EC: So pretty. It was a parking lot.
It was! I would like to talk about Scientology later. You became an actor when you were a kid.
EC: I was going to school with a girl who was an actor. And I was, like, “No, I want to be an actor.” I told my parents I wanted an agent, and they decided to let me have a go at it. Then I started working right away. I was 12.

I’d like to go back to Scientology — you seem to be an out, loud, and proud Scientologist.
EC: I totally am. It can take over any interview. So that’s the only thing I’m wary of.
I promise that we haven’t talked about all of this other stuff just so I can ask you about Scientology. You’ve spoken before in interviews about how Scientology helps you — what does that mean?
EC: What it means is — how to make it concise? The goal of Scientology is to give the person back to themselves. So who you really are — anyone — is a concentration of all your best qualities. Honesty and hard-working and confidence, and all those things: That’s who you really are. And anything else that’s not those things is not who you really are. And they can go away. If you read the back of a Dianetics book, or if you look at scientology.org, it says these are the aims of Scientology — it’s basically that.
Are negative perceptions of it because of the way that goal is expressed metaphorically in Scientology teachings?
EC: Obviously, people make fun of what they don’t understand. I also know that Scientologists have a tendency to be super excited when they’re trying to explain things. And people are, like, “You sound crazy.” Which I know I’ve done too. Just calm down. Form sentences. And, like, make sense. Instead of being like, “It’s so cool!” You can get super, super excited and passionate. And I’ve seen us as a group do that. And then you look crazy.
Are we talking about Tom Cruise?
EC: For one thing, yes. And trust me, I have felt that, and I go, “I love that you’re so energetic, but people don’t get it.”
I’m interested in the younger generation of celebrity Scientologists who aren’t Tom Cruise or John Travolta. I don’t feel like people have a real vision for the way the Scientology community works.
EC: Well, it’s like this. There are books, and you can read them at home. But most of us go in to the Scientology Center and will go quote-unquote “on course,” just go to study. Hey, we’re here to study.
Celebrity Centre? [LINK REMOVED]
EC: All of ‘em.
I’m from New York, and there aren’t so many visual representations of Scientology.
EC: There are, though. But yes, it’s everywhere here. This is going to be so much information, but there are two things I think that I want you to know. One is that there are Scientology holidays. We celebrate L. Ron Hubbard’s birthday, and we celebrate the day Dianetics was released, because that was essentially the start of everything. So there are big get-togethers, and we tend to see each other, if nowhere else, at those. That’s more of an insight into the community. The other things I want you to know is that there are Baptist Scientologists, there are Buddhist Scientologists, there are Jewish Scientologists. Everybody comes from wherever they come from. And if part of their identity or belief system is another religion, there’s no conflict there.
People are very obsessed with Scientology, as I’m sure you’ve noticed.
EC: Obsessed.
I appreciate your talking to me about this stuff.
EC: You being a member of the press is what makes me not want to talk about it. Like, how many inches of the article it will be. But if you were just anybody, I would talk to you for hours about it. I’d be, like, “Sure, ask me anything you want.” I think actors specifically have been burned by being associated with weird things. We’re so, so open. And I think that the Church has realized increasingly people don’t know we are, and that’s the problem. You just need to see we’re so transparent.

It's that time! The Q&A will begin in a few minutes on http://www.reddit.com/r/IAmA/


The seat is ready, my popcorn is hot and salted, let's go!

FRUUUUCKKK!!! I guess she got scared for the 2PM stats, huh?

BlackRob said:
FRUUUUCKKK!!! I guess she got scared for the 2PM stats, huh?

That sort of mirrors the $cn promise of what it "will" do/deliver, but doesn't.

Is it stalled? She has been on "Parenthood" for several years. She isn't a movie star but IMO it is a good show. Well written, well acted. It certainly isn't "Fat Actress"

Re the picture of Erika being 'terrible', I think it's amateurish - bad backdrop, and horrible lighting.

Kerry said:
Terrible picture of her!
Click to expand...

Reddit: Request - A current or ex high ranking member of the church of Scientology

An Active Scientologist is Doing an Q&A right now!
2 3 4