Panda Termint said:
You're allowed to say things that are true, aren't you?
Click to expand...

Zinj, I realise that you're probably being playful like a pussycat but, really, the whole idea that Emma's call for a modicum of civility was anything other than what it was is just plain disingenuous. When posters start haring off in the tracks of "censorship" and "more moderation", they have obviously missed the point.
ESMB is, as far as I can see, usually self-correcting.
That starts with looking at what's going on. Right, Vin?
Z

Panda Termint said:
Zinj, I realise that you're probably being playful like a pussycat but, really, the whole idea that Emma's call for a modicum of civility was anything other than what it was is just plain disingenuous. When posters start haring off in the tracks of "censorship" and "more moderation", they have obviously missed the point.
ESMB is, as far as I can see, usually self-correcting.
That starts with looking at what's going on. Right, Vin?
Click to expand...

Sometimes playful is the best way to approach disaster

Fair enough. She's always be a Goddess to me. Emma created the means whereby I burnt my Bridge, for that I'm eternally grateful.

Zinjifar said:
Are they polite?

You couldn't help yourself couldn't you. You had to spout your venom untill you got a reaction.

I endorse that sentiment.

He needs a bottem smack however.

We do have a real live Goddess her.

Long may she reign

Oh poo. Now what have we gotten ourselves into.

How Down and Dirty do they Get ?

The FAIR GAME Plan and Program to a 27 year SO vet Chuck Beatty.


3. Coordinate and clear all actions with Legal and an attorney per OSA NW Order 60 Legal Approval.
INV CHIEF

Most likely Elliot Abelson, who covers up DM crimes year in and year out.

5. Get financial OK before expending any funds for professionals while executing this program.

Of great note is that the "CHURCH" is the funder and the money source for these DIRTY DEEDS.

Karen#1 said:
Most likely Elliot Abelson, who covers up DM crimes year in and year out.
Click to expand...

Now that sounds like a fulltime job. Betcha there's a lot of OT involved (No no no, I mean OVERTIME)

Elliott Abelson has worked for the Church 25 + years.
He feathers his nest by covering up DM dirty deeds.
There are always lawyers who do anything for a fee.
Jackson, former security guard covered some of Elliott Abelson cover-up of INT BASE crimes nicely in a post he did on Marty's Blog.

Elliott Abelson is a former MOB attorney, aptly selected for employment by "Church of Scientology" International:confused2:

He needs a bottem smack however.
Click to expand...

I read the op and this thread a few hours ago..........My reaction to the program was too hard to put into words then, and it still is now.

It's good to have this posted, so thanks for posting.

I think it's safe to say it's worse than that Carmy

It's always safe to say that.

Terril park said:
Having been on forums for years I read Chucks initial posts. They
are notable for saying how much he liked everyone he worked with.
You know, high toned stuff. From a guy on the RPF for 7 or so years.
Click to expand...

We ALL come uptone when we leave the SO and RPF.

The only ones with lasting damage are those still in.

Chuck Beatty is not a Scn. He's a great guy and I am honoured to be his friend. He went through some horrible mindfucking with over a thousand hours on FPRD. He made it out, he made it back, he is courageous and a true survivor and Hero.

Just how long has this been going on?

Church of Scientology Programme to destroy other critics . . . 1950 stlyes:

Office of the President

The following is a list of Communist Party members of suspects in our organization.

SARA NORTHRUP (HUBBARD), formerly of 1003 S. Orange Grove Avenue, Pasadena, Calif. 25 yrs. of age, 5'10", 140 lbs. Currently missing somewhere in California. Suspected only. Had been friendly with many Communists. Currently intimate with them but evidently under coercion. Drug addiction set in fall 1950. Nothing of this known to me until a few weeks ago. Separation papers being filed and divorce applied for.

MILES HOLLISTER: Somewhere in vicinity of Los Angeles Evidently a prime mover but very young. About 22 y 6'. 180 lbs. Black hair. Sharp chin, broad forehead, rather Slavic. Confessedly a member of the Young Communists. Center of most turbulenc[?] in our organization. Dissmissed [sic] in February when affiliations discovered. Active and dangerous. Commonly armed. Outspokenly disloyal to the U.S..

GENE BENTON: Somewhere in Los Angeles. Permitted to resign when discovered to be a member of the Young Communists. Center of much turbulence in organization. Was living at Deane Apts. on North Carondelet. May still be there. Squat, beefy, about 5'8", about 30. Possibly a member of the Lincoln Brigade but not very probable. Right name, Weinberger.

HENRY HUNTER: Mathematician from Berkeley. One arm. Left arm severed at shoulder. Supposed to have ha[?] trouble with government before. About 28 yrs. Blond hair. Blue-grey eyes. Suspected only.

MARGE HUNTER: Wife of Henry. States she is a

HAL MOON: The orders of this man are implicitly obeyed by these other Los Angeles people. Was once employed by the Foundation. About 6'1", black hair, tall and pompous. Advertisdely [sic] a practicing minister of the gospel at Monte Bello, California. Intimate with these others. Cause of much trouble in Foundation. Shows considerable leadership. No other data.

RICHARD HALPERN: New York office of Foundation, 55 East 82nd St. A trustee of the NY Corp.. Only very faintly suspected due to small objections to our having loyalty oaths.

[HANS crossed out, Haljmar handwritten] RUTZEBAK: Sunland, California. Intimate of the Bentons. Highly liberal but not otherwise known to have any Communist connections. Once employed by the government for forming cooperatives.

All but Starr, Moon and Rutzebak have been reported to field offices.

At the last session of the board of Trustees, Mar. 2, 1951, a motion was made and passed that everyone employed by the Hubbard Dianetic Research Foundations everywhere should be requested to sign a strong oath of loyalty to the U.S. government, a denial of Communism and that their fingerprints be taken and forwarded to the F.B.I. The operation of preparing and signing the oaths and fingerprinting all employees is now being undertaken and the results will be forwarded to the Federal Bureau of Investigation in Washington as soon as these are completed. It may take some weeks to complete this task but the documents, as completed, will be sent in.

The Foundation has assumed a highly punitive stand on Communism. I shall shortly be in Washington to go over this matter with the government.

Supplementing data already furnished to you, the following two names are enclosed as part of the list.

DAVE VROOMAN. Came into organization with Miles Hollister. Highly recommended by Hollister, who is apparently a member of the Young Communists. Vrooman has caused some trouble in the organization. The only reason to suspect Vrooman is that he is an intimate friend of Hollister's and takes Hollister's orders. Vrooman is employed by the Chicago Foundation Office. He is about twenty-three, plump, about 5'5" or more, black hair. Seldom wears a coat.

ROSS LAMEREAUX. Employee at Chicago. A doctor of philosophy, according to his statement. Takes orders from Hollister and is highly recommended by Hollister. Nothing else is known about this man.

If anything is going to be done about these people at Chicago, it had better be done soon. At the board of trustees meeting last Saturday, I requested a motion to the effect that eveyone in the Foundation be required to take a strong loyalty oath to the U.S. and that the fingerprints of everyone employed be taken and, with a copy of the oath, be sent to the F.B.I.. Some objection was made by Richard Halpern, a trustee from New York City, and a great deal of objection was made by Leo West of Chicago. It is my belief that we are going to see a blow-up in the Chicago office and an attempt to withdraw from the Foundation. Evidently employment of C.P. members could have been an action of West. The oath and fingerprint motion was passed and will be a completed project shortly. 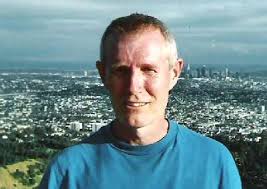 . . . again, nothing in the programme runs counter to L Ron Hubbard tech, this is his "Church" at work in your community.
Click to expand...