OHTEEATE said:
I am only interested in the CofS in so far as it continues to keep my family in a hypnotic trance where they believe they are doing good by not speaking to me. CNN will go a ways toward ridding them of their current leadership, and at that point, maybe some sanity can be injected into the scene.
...

I'm with you on that, Mike, and I'll add my wishes to yours for Chel - I knew her and Randy well in LA from my days at CCI and my daughters' at Delphi LA. Maybe she could take the time to explain to my daughter who is now on contract to LA Org how disconnection isn't practiced anymore.


LA SCN said:
I hope as fervently as anyone on this board that this series of news shows really socks it to DM & Cof$ and goes miles toward shutting them down.

But don't forget that in dealing with the Cof$ we are dealing with true fanatics, well entrenched and well financed and practicing state of the art Earth PR,legal, political and goon squad tactics.

Watching the excellent new series The Pacific, I am reminded of just how hard it is to vanquish a fanatic foe who feels it owns the moral (religious) high ground. Just as with the WWII Japanese, Cof$ is a bunch of die hard believers (fools) hiding an utterly criminal leadership claiming to represent the deified Emperor...er, uh, Commodore.

It finally took the atom bombing of Nagasaki AND Hiroshima to bring down the Japs.

Will the Anderson Cooper series be as destructive to the Cof$?

As usual, you see things from a clear (no pun intended) perspective.

I have not seen the CNN series yet, but I think the answer would assuredly and sadly be NO.

Leaving the fate of mankind up to LRH was a serious mistake for us all.


LA SCN said:
Re the video you linked - wouldn't it be great if Cooper got Rinder to go through it point by point and cop to each lie as he told it and give the supporting orders, policies etc. behind each - now that would be an eye opener on Cof$ for the viewing public!
Click to expand...

So True and also needed as part of his liability formula.

It does seem that Mike Rinder is in Hiding at minus 8 on the tone scale, close to minus 6 which is Sacrifice (where Sadistic is) where many of his crimes were committed while supporting his leader blindly.
Z

I'm just keeping my fingers crossed that AC has managed to avoid the snares of Wrathbunz. The history of Scientology violence is much more than Slappy Miscavige's ecclesiastical management style, and, for that matter, is also more than Marty's signature 'light kick to the shin'.

Has the Church exposed him yet for any crimes against humanity?

Or are they still working on that?

Zinjifar said:
I'm just keeping my fingers crossed that AC has managed to avoid the snares of Wrathbunz. The history of Scientology violence is much more than Slappy Miscavige's ecclesiastical management style, and, for that matter, is also more than Marty's signature 'light kick to the shin'.

God would I love to see a tough AC do a variation of the 'do you still beat your wife' question on a Scilon PR:

' Do you still try to destroy your enemies as you did with Paulette Cooper who was guilty only of exercising her constitutional right to free speech and free press? '

Blue Spirit said:
As usual, you see things from a clear (no pun intended) perspective.

I have not seen the CNN series yet, but I think the answer would assuredly and sadly be NO.

Leaving the fate of mankind up to LRH was a serious mistake for us all.
Click to expand...

Thanks for the kind words, Blue!

The future will tell just how serious that mistake was... 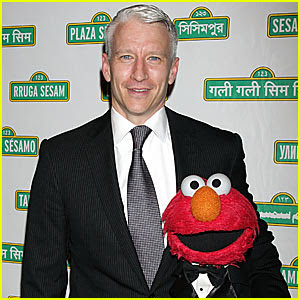 This is going to be great -- thanks for letting us know!

Marty posted on his blog several days ago concerning the Anderson Cooper shows coming up on scientology. Per Marty, the investigation by Cooper has been going on since July of last year and he's been under intense pressure from OSA.
Below is a partial excerpt. The full post is here:
http://markrathbun.wordpress.com/20...of-truth-and-freedom-of-speech-and-the-press/

Suppression of Truth and Freedom of Speech and the Press

Take a look at the chain emails C of Mers are sending around, and the uninformed, crass letters they are soliciting to bombard CNN with. Now, recognize this. Anderson Cooper’s investigation has been ongoing since July 2009. The C of M has put him under unrelenting harrassment since. They have sent reams of paper and letters from high priced lawyers coast to coast. They are chock full of outright lies. They are also chock full of threats. They have used their celebrities to pull strings with CNN and parent company Time Warner executives. They have run a campaign to discredit Anderson and his producer. Both have worked far more than any two professionals should have to to report on serial felonies committed by a man who has collected 3/4 of a billion dollars by falsely portraying himself as victim of outside oppression. A man who spends those billions to have slick videos produced using children and unwitting celebrities to promote the church as a defender of Human Rights, while Miscavige himself violates Human Rights on a daily basis. A man who has spent millions attempting to buy off Anderson’s bosses with advertisement placement while hammering them with unending threats predicated on lies. A man who stooped so low as to have Tommy literally stalk Cooper in an attempt to intimidate him into silence. OSA even began investigating and leaking lies and innuendo about Anderson to stop his investigation from airing. I can tell you from personal experience that Anderson did a real journalist’s job. He didn’t just listen to me. He pressed me hard with every allegation the church made about me. He made me produce witness after witness to corroborate every fact. And now, Miscavige is having his Kool Aid drinkers telling Anderson’s bosses he is a bigot and tabloider? If you have detected a hint of militantism creeping into my writing voice recently, it is this type of travesty that is causing it. I don’t apologize for it. If any of you feel you need to balance the organized lobbying that is going on by speaking up yourselves, I strongly suggest that you make your missives far more professional and informed than the garbage that C of M is attempting to make stick on CNN’s walls.
You must log in or register to reply here.

Scientology: A History of Violence - CNN/AC360

To CNN re the "church" of Scientology