This story was on CNN.com (posted March 31st, 2010) and is based on the investigation that Anderson Cooper did for his show. CNN.com is currently the 58th ranked website on the planet (in terms of traffic), so this is significant. 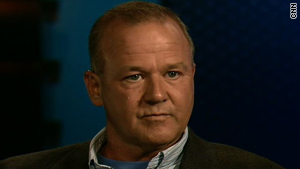 Los Angeles, California (CNN) -- If you believe Marty Rathbun, people in the top ranks of the Church of Scientology have used physical intimidation and outright beatings as a means of discipline.
Scientology's current leaders, including Rathbun's ex-wife, call him a liar and an "apostate." They say the only beatings were those inflicted by Rathbun and a small number of others, all of whom have left Scientology.
But both sides appear to agree that periodic beatings occurred among the highest echelons of the church for some period of time, though they disagree on who was behind them -- and none of those involved ever filed a police report.
Church leaders say the issues were taken care of privately.
"We have our own internal methods of handling somebody," said Norman Starkey, a senior leader in the church and a former close associate of Scientology's late founder, L. Ron Hubbard. "If someone acts a bit irrationally, it was reported. It was reported internally."
But Rathbun said no one would report the beatings because they came from the top, and sometimes they were inflicted by his immediate superior, church leader David Miscavige.
"In late '03, there was a beating every day," Rathbun said. "And if it wasn't from him doing it, it was from him inciting others to do it to others."
The Church of Scientology emphatically denies any allegation that Miscavige, who became Scientology's leader after Hubbard's death in 1986, either beat his lieutenants in the church or fostered a management culture that encouraged physical abuse. In fact, in sworn affidavits, a number of church members point to more than a dozen instances in which Rathbun assaulted colleagues over the years.


Rathbun was behind "a very carefully calculated campaign to engage in individual acts of bullying, and sometimes, you know, of a very forceful nature, in isolation," church spokesman Tommy Davis told CNN.


"Davis said Miscavige demoted Rathbun in 2001, immediately after reports of physical assaults on subordinates reached him."

Didn't Davis say on the AC show that David Miscavige
DID NOT KNOW about the physical assaults - and that was why DM never reported it to the police??????????????

Too bad there is no place to comment on that link.

All anyone has to do is show Anderson Cooper a declare notice. It says right at the bottom that "your only terminal is IJC". Which means you can't talk to anyone but IJC.

The young gal at the end of Thursday's show explained "disconnection" so well. Sure, you don't have to disconnect, but you won't be allowed to do service in the CofS anymore, etc.

The ex-wives are certainly putting on a good show. Being so indignant it's almost believable. If you're a fool. LOL!!!
C

It would be great if someone could get a copy of the GAT PTS/SP drill that goes over the procedure of disconnection.

cantsay said:
It would be great if someone could get a copy of the GAT PTS/SP drill that goes over the procedure of disconnection.
Click to expand...


Someone here should have a copy of it

cantsay said:
It would be great if someone could get a copy of the GAT PTS/SP drill that goes over the procedure of disconnection.
Click to expand...

Even the old PTS/SP pack had "handle or disconnect" in one of the policies. I just don't happen to have any of my Scn materials.

Kathy (ImOut) said:
I just don't happen to have any of my Scn materials.
Click to expand...


Did you need fuel for your wood burning stove?

Type4_PTS said:
Did you need fuel for your wood burning stove?
Click to expand...

No, sent it to recycling.

I just sent Anderson Cooper an email. Hopefully he'll actually read it and do a bit more investigating. I told him about my declare notice and suggested that he get ahold of the PTS/SP course pack so he can actually see the drill on how to disconnect.

I like Kathy's points that are very pertinent about disconnection being on the declare and PTS-SP course! Also there are tons of public who who probably be glad to back this up as they want to connect to their children and families again! Wouldn't it be great if the chuch felt forced to let some people connect just for PR reasons!!!!

The church would let them connect if they really wanted to but of course if they did they would be declared for maintaining connection to an SP and around and around we go.

If you were looking for hell and found Scientology!

What amazes me is no one thought to have even an ethics book with them and point to the relevant section on High Crimes.

The good thing here is they can't have stepped on their own toes more.

There's just so much one program can cover. It can't be done is such a short amount of coverage such as this week on AC360. I've been checking in on ESMB almost every day as well as visit other anti cult sites every now and then for just the last two+ years. There's always new information to read about or report on. The cult has been going on for 50 years now. If the situation with the cult could be covered every day on every news channel from here on out there'd still be not enough time to cover every aspect of it's never ending complexities.
You must log in or register to reply here.