Luke Orion Falkow son of Mike and Tracee Falkow, both on New OT VII. Luke just turned one year old. He is now a Lifetime Member of the IAS!


Lucy Bluebell Evans was born on July 29th, 2009 to Steve and Jackie Evans, the Mission Holder and Executive Director of Beverly Hills Mission. Lucy weighed 81bs 5oz and is a little sister for Brianna Evans.


Riley Taylor was born Aug 6th, 2009. He is already a Lifetime Member of the IAS!


Madison Rose Hall was born on May 9th, 2009 to Julie and Scott Hall. She is a very theta, healthy and happy child

Chris Poulsen and Morgan Humphrey are now engaged. Chris is the Director of Training at the Eastside Mission, and Morgan is the HCO Area Secretary at Seattle Foundation.

Kristine Marquardt and Hubert Heller were married on April 29th, 2009 in Clearwater, Florida.

Jamison Wagner and Jessica Qureshi were married on June 13th, 2009. They are both staff at the Church of Scientology Albuquerque, New Mexico.

Michael Harrison and Karin Olsen were married August 23rd, 2009. Both are on staff at Boston Foundation. 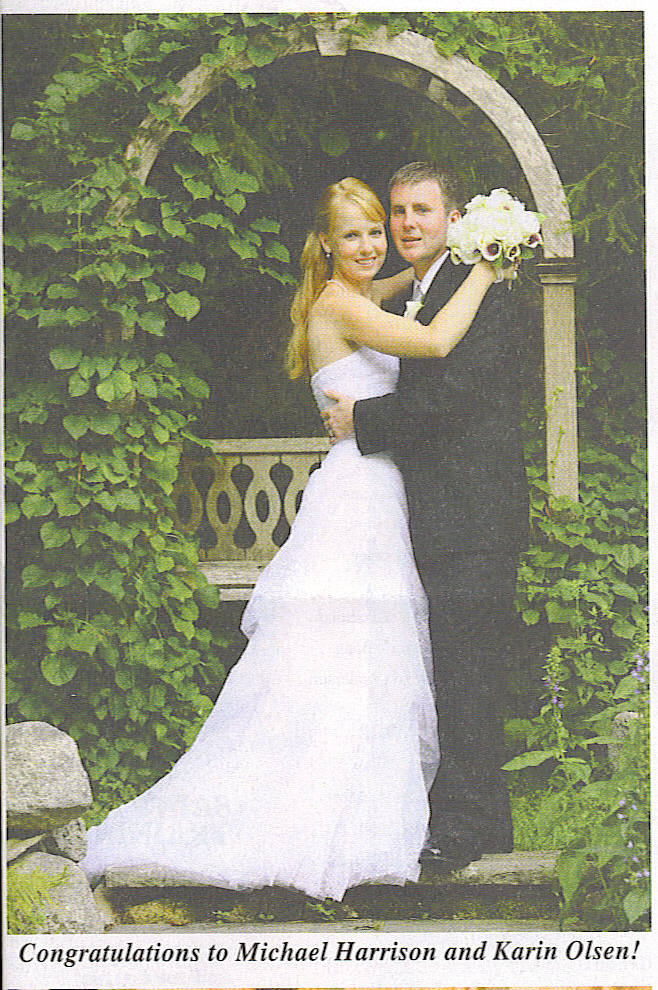 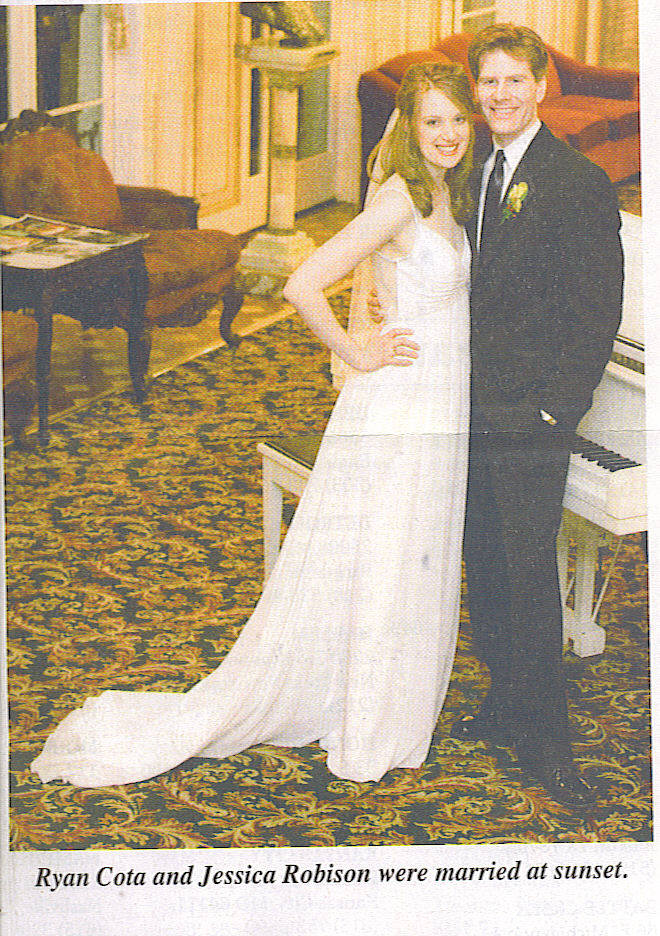 Eric Malm dropped his body on July 20th, 2009. He was a long-time Scientologist and Class IV auditor. He was introduced to Scientology in the 70s while attending UCLA, and joined staff at Westwood Mission soon afterwards. He helped many people onto The Bridge, especially his family, several of whom are now OTs, on staff and in the Sea Organization. We wish him well and look forward to his return. -The Malm Family

On May 7th 2009, Catherine A. Baird departed her body. Cathy had been in Scientology since September of 1992 and was on staff for 16 1/2 years at Redwood City Mission. We look forward to welcoming her return.

STUDENTS ARRIVING FOR THE SHSBC

Kayleigh Aurora Williams was born on July 17th, 2009 to John and Candice Williams.

Maximus Yuan Cantley celebrated his 1st Birthday on the 25th of August, 2009!

Costello Dean Rigney was born on June 3rd, 2009! He is a healthy, happy and theta being. Parents Rebecca and Bret Rigney welcome him to their family!

Alex Walker and Caitlin Olsen were married September 13th, 2009. They are both on staff at the Twin Cities Day Org.

Kloeffler and Mashella Fulton were married September 19th, 2009 at ASHO.

Cara Lake and Trevin Peppiatt were married on September 19th, 2009 in the AOLA Atrium.

Jessica Sweigart and Tommy Graffam were married September 27th, 2009 in the ASHO Chapel by Jessica's mother.


Bob and Michal Toftness celebrated their 25th Anniversary this year!

Larry and Peggy Wiley celebrated their 30th Anniversary on September 28th, 2009. They are both ASHO trained SHSBC graduates!

Suzanna Sudalnik peacefully departed her body on September 19th, 2009. Suzy was a beautiful person who had endless ARC for people. She always left people feeling better about themselves. She tirelessly helped promote Scientology during her 35 years as a devout member of the Church. She is well known for her many theta Freewinds events and for her uptone Portland Org building fundraiser events. She will be dearly missed by her husband, daughter and son.


James F. Aubrey, Jr., from Sacramento, CA, dropped his body on September 17th, 2009. He was a Class VI Auditor, and he introduced many to The Bridge as a staff member in the 70's and early 80's, including his sister Kelli. She is now a New OT VIII. He'd recently gotten through his Congresses and Basics Books and Lectures. His friends and family look forward to his speedy return.


VITAL STATISTICS If it isn't in The Auditor, it didn't happen.

Alfred W. Kozak departed this life on November 17th, 2009. He was in
Dianetics, and Scientology from day one. In 1950, he read the Dianetics: The
Evolution of a Science article in Astounding Science Potion and then read
Dianetics The Modern Science of Mental Health. He immediately joined the local
Philadelphia Dianetics group and started co-auditing.

In 1952, when LRH came to Philadelphia, Al signed up for the Philadelphia
Doctorate Course. Following this Al was hand-selected by LRH to tend the 2nd
American ACC. Upon completion of that course, Al volunteered to take over the
Camden HASI when LRH moved to Phoenix. When LRH opened the Founding Church of
Scientology in Washington, DC, Al transferred to be on staff there and held
several posts under LRH, including Personnel Efficiency Director and Director of
Processing. In that capacity LRH saw to it personally that he knew how to deliver
the CCH processes.

Al met his wife Maxine at the Founding Church and LRH officiated their wedding.
They had a daughter Lael, while on staff.

Al traveled to England to take the famed Saint Hill Special Briefing Course, which
was being personally taught by LRH.

Al followed LRH ton 59 years in this life. He made it up The Bridge to NED for OTs
Case Level Completion, and was diligently moving through the Golden Age of
Knowledge chronological study. His Pre-OT folder, sealed and we await his return
among our ranks

Larry Horton dropped his body December 14th, 2009. Larry first discovered
Scientology through the Phoenix Org with his wife Barbara Horton in 1976, and had
been a dedicated member of the Church ever since. He is now survived by two
children; Kara Pelletier and Dawn Scott, as well as three grandchildren, who all
wish him well with his new adventures.

Nancy Kuever Richardson dropped her body on December 5th, 2009. Nancy was from St.
Louis Missouri and was previously an auditor and a Case Supervisor. She was an
amazing cook and always had a smile on her face


Nathaniel Scott Wilbur was born to Justine and Karl Wilbur on April 23rd, 2009 in
Cincinnati, Ohio. He is welcomed as a 4th generation Scientologist.


Audrey Mae Missonis was born on November 21st, 2009 in Clearwater, Florida. She is
a 5th generation Scientologist from a family of trained auditors and OTs. Her
mother Erika Missonis, is a staff member at Tampa Org.

Lucy and Rosser Cole celebrated their 40th wedding anniversary on March 8th, 2009.
Helena Berka celebrated her 20th anniversary as the Executive Director of the Twin
Cities Foundation Org, and her 28th year as a staff member. Helena is totally on
purpose and loved by all whose lives she touches.

Carter and Ann Manierre celebrated their 30th wedding anniversary in the
where they met in 1979. Carter has been a Class VI Auditor since 1975.

Stephan Hackley, New OT VII, was recognized in an international competition as one
of the top Fine Floral Artists in the world. Out of thousands of entries, Stephan
placed in the Top 55 around the world.

Mariah Brenner and Benjamin Nagengast were engaged to be married Christmas Eve
2009. They are both Scientologists from Anderson, Indiana and are both moving up
The Bridge.

David Lindman and Lisa Garrity were married on September 25th, 2009. They are
both on staff at the mission in San Francisco.

Jennifer Hammon and Josh Harris were married at sunset on December 31st, 2009 at
the Cardone household in West Hollywood. The Scientology minister was Michelle
Kugler who married them in a very private ceremony that included the 2 1/2 year
old son, Max, and their "soon to be born" son, Dalton.


STUDENTS ARRIVING TO ASHO FOR THE SHSBC...

So sorry to hear of those gullible nincompoops up there ^^^^^^
Who said "a fool and his money are soon parted?" Was it LRH the Turd?

Am I reading this correctly? Seven people were cleared at ASHO during the 3 months of stats posted? :confused2:


Good thing the staff signed billion year contracts because it's going to take an awful long time to clear just Los Angeles at that pace.

Even weirder, look at all those Power comps relative to the number of Clears.

Still the same people at ASHO.

On that list many of them were already there Yearsssss ago. Well no changes, not much movement.

Does anyone know who are the registrars at ASHO ? I got news from a scientologist (who contacted me on facebook) that all reges from 2003 to 2008 are all gone ? who is regging there now ? Most probably John Lundeen (the captain) ???

what is "Golden Dawn"? The only Golden Dawn I know of is some magical order.

It's like a golden shower the result being the same...pissed off

STUDENTS ARRIVING FOR THE SHSBC

I see a few names that have been circling the scientology drain hole for 30+ years.

I am pleased to see that there is no one on the list that I put on or helped up the bridge. So things are looking up.

And finally, production is sub-shitty. On Dianetics and Grades, we used to produce many times these completions per same unit of time at the Mission.
Last edited: Jun 13, 2010

I see somebody I've known for a long time routed onto the BC. I guess she finally finished the Basic Books.....only took her about 3 yrs. She no longer talks to me because I'm one of those wicked SPs. Funny thing.....she started the BC 20 years ago...but, she never made it thru Level A....they kept regging her for all sorts of other stuff.....so, she did all the other stuff including all the L's.....I don't see that she's ever made it thru the Solo Course yet, though. She started that about 4 years ago. I keep looking for her name on the completions, but I never see it. This is the first time I've ever seen her name, but it's as an arrival, not as a comp. I'll be watching to see if she ever makes it thru the BC before the walls come tumbling down....but I highly doubt it. I don't think the CoS will last that long, at least I hope they don't.

FoTi said:
I see somebody I've known for a long time routed onto the BC. I guess she finally finished the Basic Books.....only took her about 3 yrs. She no longer talks to me because I'm one of those wicked SPs. Funny thing.....she started the BC 20 years ago...but, she never made it thru Level A....they kept regging her for all sorts of other stuff.....so, she did all the other stuff including all the L's.....I don't see that she's ever made it thru the Solo Course yet, though. She started that about 4 years ago. I keep looking for her name on the completions, but I never see it. This is the first time I've ever seen her name, but it's as an arrival, not as a comp. I'll be watching to see if she ever makes it thru the BC before the walls come tumbling down....but I highly doubt it. I don't think the CoS will last that long, at least I hope they don't.
Click to expand...

Arrival lists are PR fluff. You get on the list by simply saying you'd like to do a course some day.

Ted said:
Arrival lists are PR fluff. You get on the list by simply saying you'd like to do a course some day.
Click to expand...

I had one friend who did about 5 DCSI's and 6 CCRDs. She was a BC Grad and they kept telling her she wasn't Clear. She finally had a stroke. Eventually she realized that Scientology is just a business to make money and left - sent a letter resigning from the Church, but they kept sending her promo anyway. She's terrified of them.

I know this thread has been silent for several months, but it never ceases to amaze me that people actually go through this stuff and believe they got something out of it.
You must log in or register to reply here.