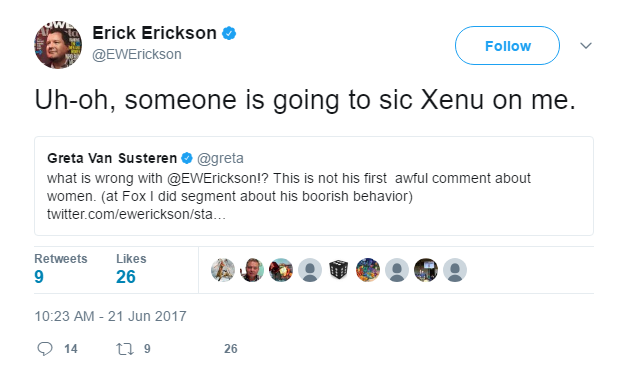 Conservative commentator Erick Erickson mocked his former Fox News colleague Greta Van Susteren, a Scientologist, after she criticized him for a comment he made about self-identified feminists.

"Another reminder that feminists tend to be angry women jealous at other women's successes," Erickson wrote in response to Filipovic.

Van Susteren, who now has a show at MSNBC, shared Erickson's tweet and said, "What is wrong with Erick Erickson?! This is not his first awful comment about women. (At Fox I did segment about his boorish behavior.)"

In a separate reply, Erickson mocked Van Susteren as a well-known member of the Church of Scientology.

"Uh-oh, someone is going to sic Xenu on me," he said in a tweet, referring to an extraterrestrial figure found in Scientology teachings.

Eddie Scarry, the author of the Washington Examiner article, Greta Van Susteran and her husband, John Coale, have some history as memorialized in a prior thread and reflected in these tweets from 2015: 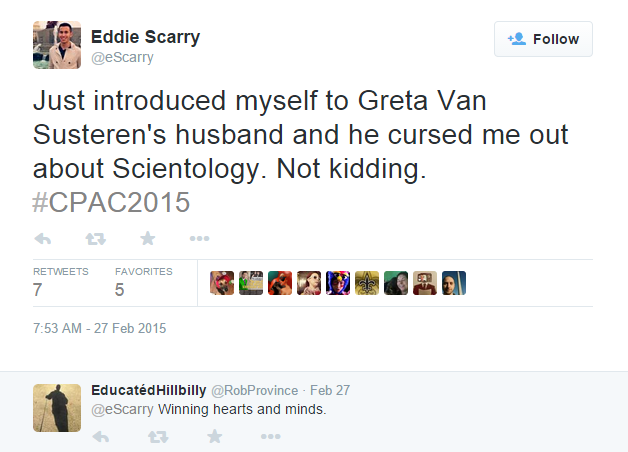 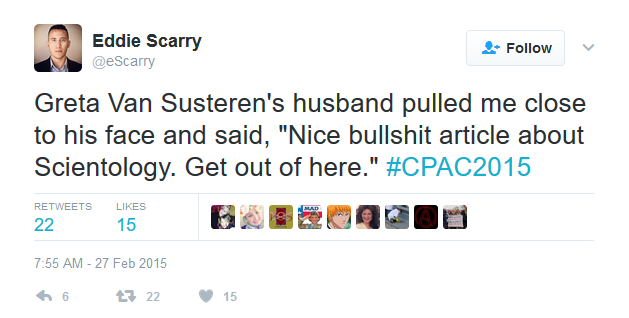 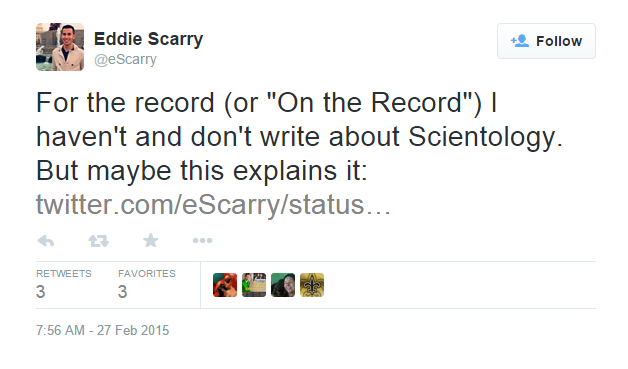 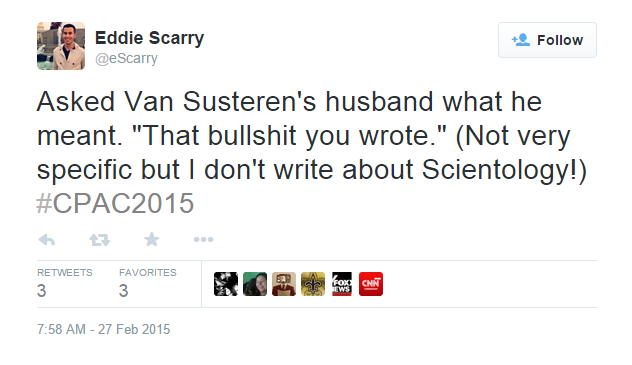 Tensions arise at CPAC over Scientology