There’s a new group of Scientologists and their allies calling themselves the Conscience Coalition. It doesn’t have the official blessing of the church yet, but there’s no doubt they’re well connected with OSA, the Office of Special Affairs, which is responsible for all contact with the world outside Scientology. The stated goal of the new group is “To protect our fundamental right to freedom of conscience, which includes freedom of thought, belief and religion, is secured for every individual.”

With one notable exception the members are entirely Scientologists. Follow any of them on social media and you will find photos from the Freewinds, from Flag Land Base, from Delphian Academy, and from Scientology social reform front groups. The “Chief architect, strategist and lobbyist” of the group is Greg Mitchell, a registered lobbyist for Scientology who received half a million dollars from the church over the last five years. His wife Renee Bessone is listed as the founder and chair of the organization. 
The third member of the troika is Jonathan Lockwood, a conservative political operative once described as “flat-out deranged” by The Denver Post editorial board for a 2015 attack ad against U.S. Senator Michael Bennet. We can find no evidence that Lockwood is or ever was a Scientologist. He has been recruited as an ally of Scientology, as described in the policies of L. Ron Hubbard. His views on psychiatry are certainly in line with those of Scientologists. The Coalition had a big win this week — a meeting between Greg Mitchell and U.S. Vice-President Mike Pence on religious freedom. Expanding the religious roundtables from those Mitchell can personally organize to a world-wide endeavor is one of the purposes of the Conscience Coalition. It remains to be seen if the plan becomes a movement or not.

Scientology is attempting to gain access to the White House through Mitchell and pop singer Joy Villa. Bringing in a well-known conservative firebrand like Jonathan Lockwood is a smart move for opening doors to the administration. If they can gain influence they can advance the goals of their social reform groups and protect Scientology from investigation, taxation, or regulation. 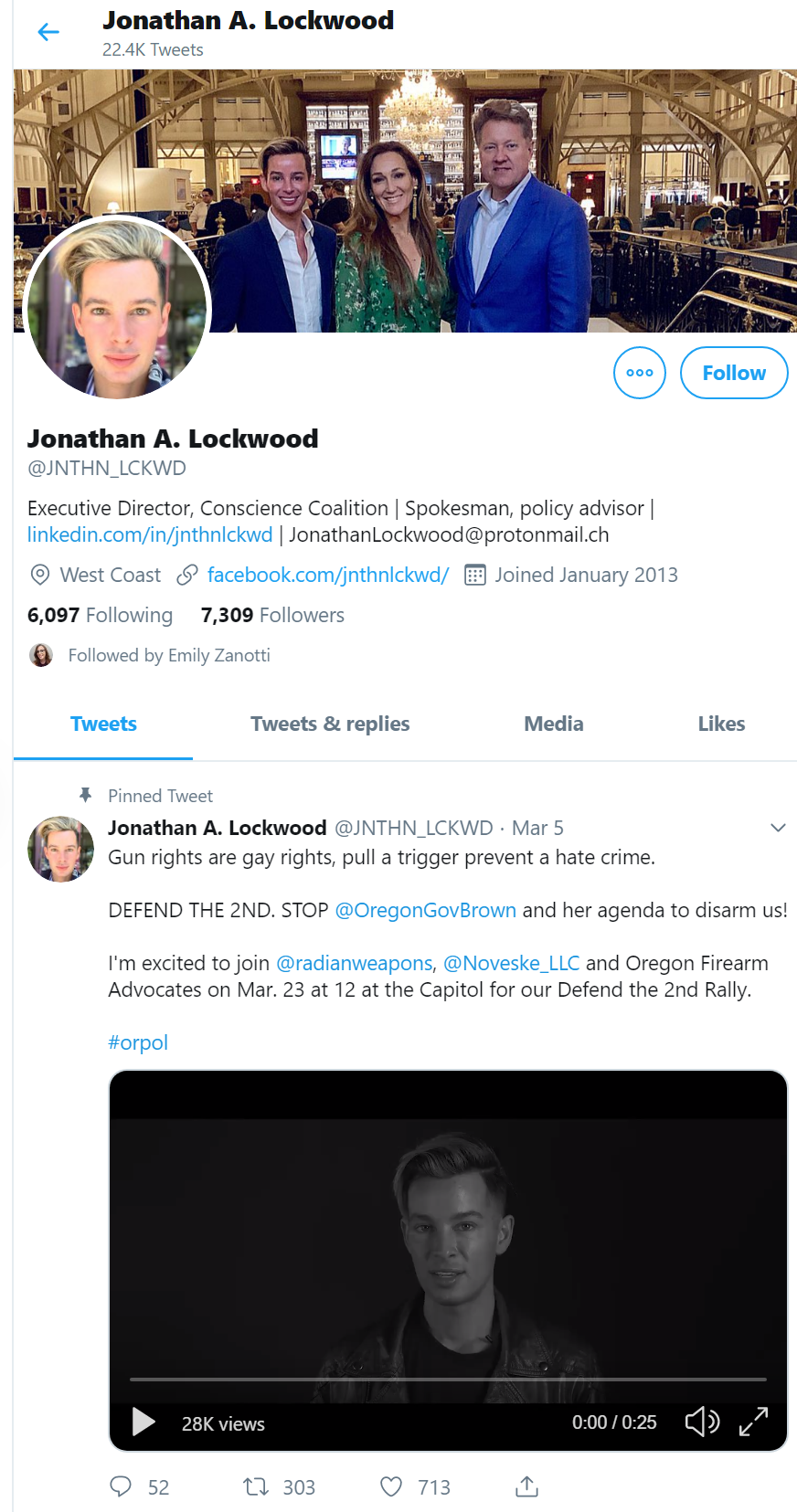 An update from Tony Ortega:

And on Sunday, Rod Keller told us about Conscience Coalition, a new anti-vaxx political action group started by Scientologists including the church’s DC lobbyist, Greg Mitchell. Another of the founding members, Renee Bessone, started up an accompanying Facebook group, “United for Parental Rights & Freedoms — Scn Group Only,” and we thought you’d be interested in her post describing its purpose… 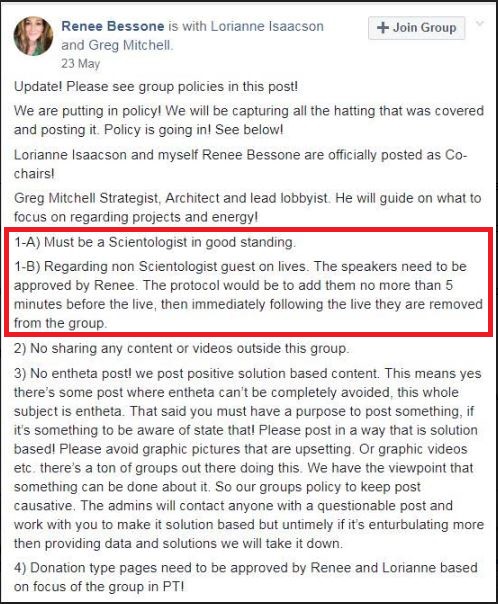 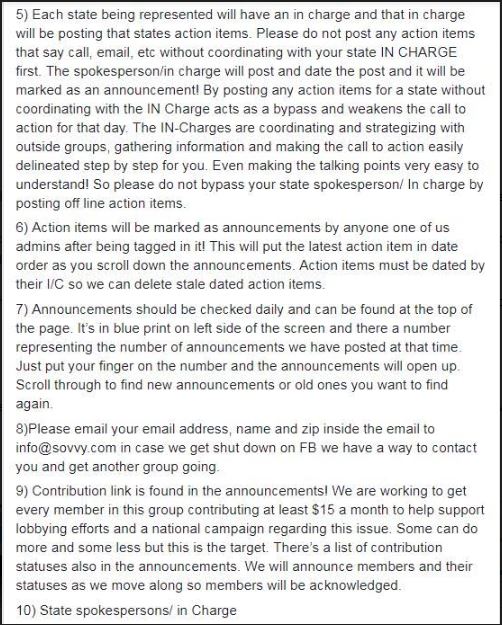 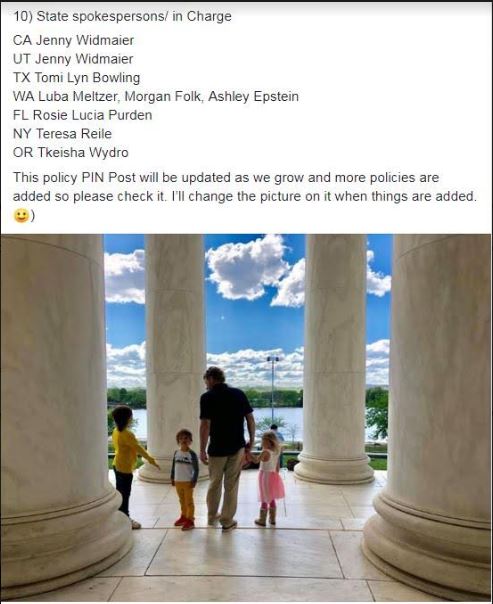 Johnathan Lockwood, Executive Director of the Scientologists backed Conscience Coalition, says Gavin Newsom "is on the verge of making a California for Pharma. Not a California for all," and calls for a global vigil. 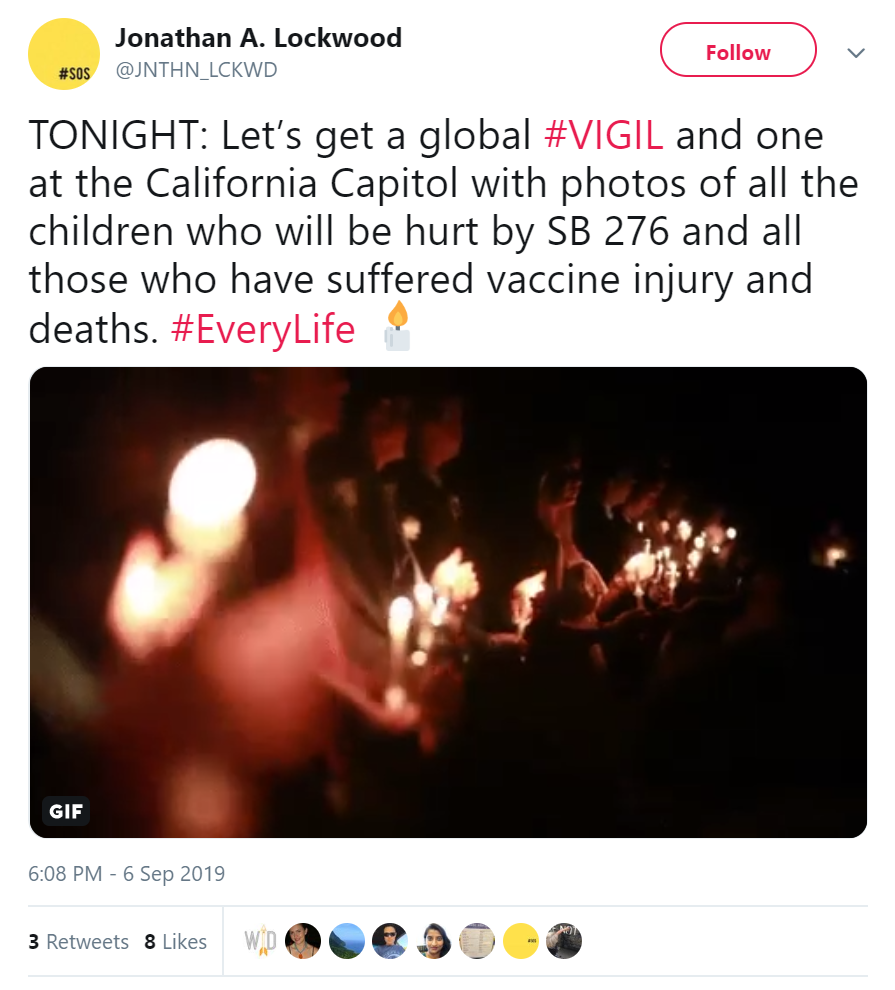 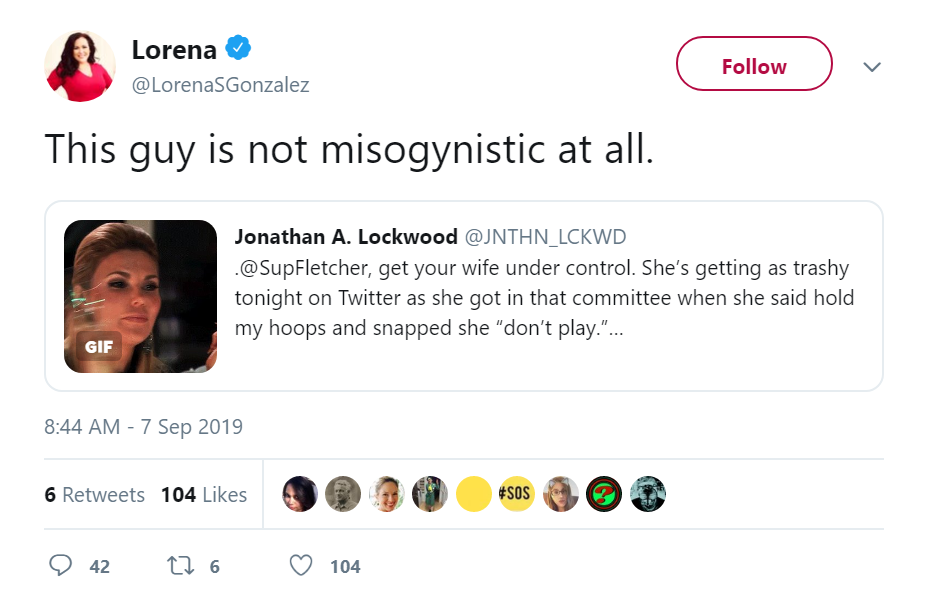