There's a lot more good stuff in the 28-page article that hits the web tonight at midnight. And it's just a fraction of what Lawrence Wright will be unloading in an upcoming book about Scientology.

Put the wrong time down...

I have to get to bed as I need to get up early for work...darn!

I know what I will do first at work... read the article!

That will be interesting but oh so redundant!

This is great news.

This would be a good time to maximize refund requests.
A

It is about time that the world learn about human trafficking, and all foreign people who come to the US to work on Religious Minister visa, and end up as slaves. Their passport confiscated, they have to work as slave for David Miscavige, and it is illegal and sad.
I sincerely hope that the FBI raids Scientology organizations as Flag, L.A., Celebrity Center, PAC, Twin Peaks, and check identity of workers. Where is Shelly, Herbert Jensen, and others who are in Scientology gulag, forced to work, and can not get out.
The staff members are thought what to say, how to lie to immigration .
They are told one thing, and the true is completely different.
It is about time that someone in the government investigate the corruption of David Miscavige to benefit himself under the pretense of religion.

if only a fraction of these accusations are true, we are talking about serious, indefensible human and civil-rights violations.”

Anyone contacted the FBI and asked them to keep a look out for Matt Faye?

Picked up by Italian media, here with Vergilio Notizie.

Maybe Berlusconi could save his public repute by going after a criminal cult?

DAILY MAIL now on it


Whats the saying "attacks from governments(FBI) only occur because of no results or BAD RESULTS.."....

Made the Today Show

It was on the Today show this morning:

Some classic responses by the church about the New Yorker's take on the DOJ investigation:

1) We were unaware of the investigation-well, if true, that is just too bad for them. But my guess is that is a lie.

2. The New Yorker failed to report the Headley's lawsuit. Well, it was mentioned in the article. The church however, didn't mention it by name. They only stated that the lawsuit resolved the human trafficking issue in favor of the church. Not an entirely accurate representation of the Headley decision.
Last edited: Feb 7, 2011

Miscavige Subject of FBI Investigation
Posted on February 7, 2011 by martyrathbun09|

Human Rights abuses directed by David Miscavige are the subject of an FBI investigation, according to The New Yorker magazine. See details on this morning’s NBC Today show:

Here's another crosspost from the "comments" section of Martys blog from a "Brian S":


Brian S | February 7, 2011 at 4:40 pm | Reply
This is the time for any and all readers of this board who have actual personal knowledge of, or actual physical documentation relating to, violations of the law by the Co$ to contact your local FBI office. It’s easy; they’re in the phone book in that “government” section near the front. Call that number and tell the receptionist that you have information that may be relevant to an ongoing investigation. He or she will ask what investigation that may be, and tell them it’s the investigation of the Co$ that you saw on the news. That person will find out what agents are involved in the case, and one of them _will_ call you back. It may take a while, but they will talk to you.
This could be the Berlin Wall moment for the Co$, and any bit of information you have – in your memory or on paper – could be the crucial bit of info or corroboration that the FBI needs to make its case against DM and the Co$. If you want to Free Heber, this is the way to do it.

Fool on the Hill

I heard about this yesterday. I'm really pleased.
S

I noticed in the last paragraph of that article it says:


"The Church of Scientology has denied the existence of "any place of confinement" at Gold Base, its international headquarters located outside San Jacinto. "​


I hope they make that very same denial under oath on the witness stand. 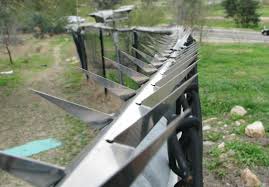 ETA: I didn't copypasta the article on purpose. Gawker's been great at keeping the heat up on Scientology & deserves our clicks.
Click to expand...

http://www.youtube.com/watch?v=EK2tWVj6lXw
You must log in or register to reply here.

Confirmation the FBI did investigate scientology in 2009