Don't think COS is too happy about last nights episode of Ghost adventures.

(Sorry if this has been posted already, I searched but didn't find it)

Nias said:
Don't think COS is too happy about last nights episode of Ghost adventures.
Click to expand...

Is there a "good" part we should be looking at? How many minutes in?

Sorry. Yes, about 12 min in. It's of course the usual stuff about ghost things but they do talk about Hubbards early days with satanism and also about the oppression in the cult.

Ghost Adventures contacted Karen who handed this off to me as a luzly OTVIIIisGrrr8! adventure -- and so off I went in search of ghosts and even the Commodore himself. I did the same sort of thing when I attended the Church's 2007 New Year's Eve event when Miscavige used the animated hand grenade to show how he was going to obliterate psychiatry. I'm just not a guy who will pass up an opportunity to be around cults, ghosts, ufo's, or anything else that is offbeat. If there is fun, mischief, and offbeat adventures to be had then count me in.

Travel Channel's Ghost Adventures show found Casa de Rosas compound in Los Angeles. This building is where L. Ron Hubbard had his first Dianetics center in L.A.. Casa de Rosas is a big sprawling dilapidated old building on Hoover & Adams over by USC. I was actually in Hubbard's office (it has a private bathroom with a shower) and sat at the beat up old desk. From the desk Hubbard could have watched traffic in and out of the front door. There is also a room next to the reception area where I saw what, imo, was Hubbard's big iron safe.

The day my part was filmed was very hot in Los Angeles. The building is very stifling and musty inside. There is no fresh air. At sunset the interior goes black and you can't see anything. The place is creepy. Ghost Adventures wanted some vivid commentary from me and I certainly wasn't going to disappoint them. I've been around plenty of film sets behind the camera. This was one of the few times I've been in front of a camera. Aside from the part I filmed, I didn't see anything else until the show aired.

About my cat Lost Felix jumping out of the fireplace: Our home is a lovely Los Feliz classic built in 1923. We don't use the fireplace and so Lost Felix, one of our three cats, sometimes sleeps up on the ledge in there. Lost Felix is a big blue-eyed Norwegian Forest cat. This breed is known as a "weegie" for short. Weegie's are big cats who can jump up or down long distances with their powerful legs. When I was being interviewed we didn't realize Lost Felix had fallen asleep in the fireplace. The filming woke her up and she jumped down off the four foot high ledge and freaked out Zak. I'm use to Lost Felix jumping out of the fireplace unannounced but it can startle visitors. Zak told me he has had cats show up unexpectedly in haunted places in the past and this is why he was somewhat startled.

Ghost-hunting was great fun for both Lost Felix and me.

The video has been blocked by Skripps who is apparently foreign to the USA.

Anyone know who they are?

Is this the guy?


‘Minifigure’ toy maker is a miracle in Acton 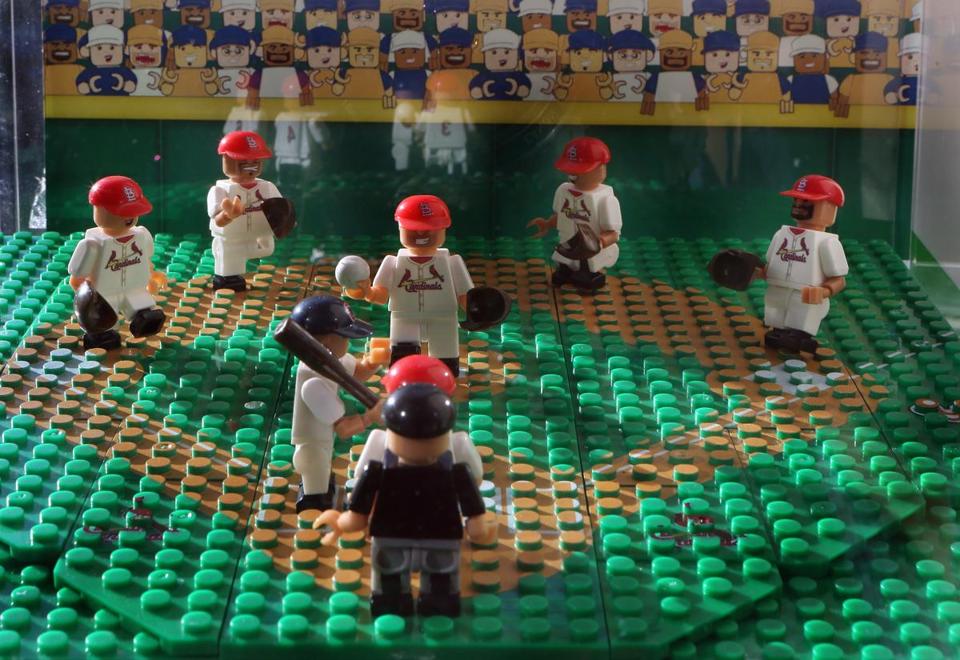 Oyo’s story begins in 2010, when Skripps went to a game at Fenway Park with one of his sons. The six-year old “wanted a toy, but they didn’t sell any toys at Fenway,” Skripps says.

Daily Motion has a better version

My next cat is going to be a NFC or as my daughter calls them... Banana Cats, I think because the first one she saw was a creamy orange color and it was so big it looked like a banana the way it was laying. I am going to go watch the episode just to see the Kitty and I'm pretty sure the commentary will be pretty good too

The Secrets of Scientology - Full vid for Archive

M
Video: London Thinks – What Has Scientology Got To Hide?