Mimsey Borogrove said:
How do you know Hubbard ordered it? I'm sorry, but it sounds like BS. I don't disagree they saw a dead person and it was possibly a hit, but attributing it to Hubbard? It sounds like paranoia runs in the family's blood.

Anonycat said:
Hiya cakemaker. One of Nibs' children (now a mature adult, obviously) told me during a very long brunch together, that the first time they saw blood - they were very young - was when they discovered a freshly murdered family friend in the backyard while they were playing. They told me many more things over the 3 hours we were together that day, but a Hubbard-ordered murder to command influence over Ron Jr. is pretty significant. Worth mentioning.
Click to expand...

Thanks. Is there more info available on this and whatever else you were privy to? Webpage?

cakemaker said:
Whom did he marry?
Did he get declared?
Click to expand...

A lady named _?_ Rios. She was a painter of Victorian Garden scenes, and other Victoriana mostly. Wicker patios and such.
Spouse and I lived in an Historic 1897 Landmark Victorian, and that's how she and I met. They married there.
No one knew who was or was not declared. We assumed that because we were being followed and harassed by Scn'ists , we had pro'l'ly been Declared.
I've never seen my own, but I bet you a pretty that I've been Declared.
Jon recanted and received an undisclosed amount of money , and I haven't heard of him since. Of course, he could be posting here for all i know.

Veda said:
Do you know what became of Jon Zegel? Did his marriage to his new wife last?

I saw Jon Zegel in July 1985. He was morbidly obese and, IIRC, married already.

I'm sorry, but the idea that a beautiful artist, etc., would appear, and want to marry him, and also insist that he kneel before Miscavige in an extreme act of self abasement, seems far fetched.

People have settled with Scientology, but none have gone as far as this.

Nibs (Ron Jr.) at least had his Down syndrome youngest son to worry about. He didn't settle for himself. He knew he was dying at the time he settled and was concerned about his family. He signed papers asserting a variety of falsehoods, which is pretty bad, but he didn't make a voice recording (at least not in 1986) that we know about.

What Zegel did was extraordinary.

If the marriage lasted, then we'd know that, at least, it's likely that it wasn't some sort of "operation."
Click to expand...

Veda, I dunno. But I think it was fear of going to jail PLUS the pay-off. It was a message to the Field that groups using scn material would not be countenanced.
Threats by Joe Yanny of copyright violations, stealing their materials, Private Detectives serving Deposition papers. Noisy investigations in your neighborhood.
As for the pay-off aspect, I don't want to sound prejudiced
about character traits of different peoples, but I think that a nice chunk of money would've interested Jon.
Aside from that, the 3 tapes that Jon made were extrordinarily revealing about the new structuring of COS. Damning really, as they delineated the methods that were being implemented in the re-structuring so as to make it nigh impossible to trace the money.
.
Speculation on my part.

It's too bad Jon didn't know the history of Dianetics as found in the Campbell/Heinlien letters and Hubbard/Heinlein letters.

All I am saying is it doesn't make any sense. Why would Hubbard kill a neighbor to make Nibs shut up? Why not just kill him and eliminate the problem?

If you have the cojones to have someone wacked - why fuck around? 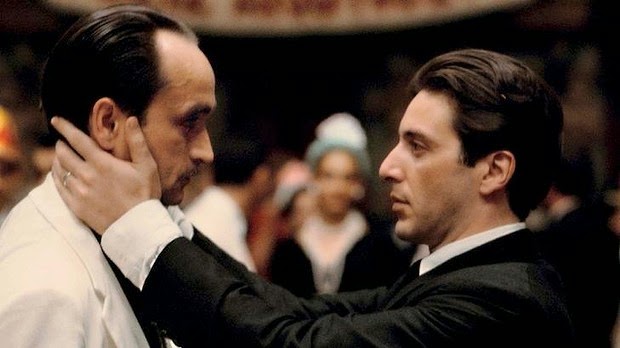 phenomanon said:
A lady named _?_ Rios. She was a painter of Victorian Garden scenes, and other Victoriana mostly. Wicker patios and such.
.....
Click to expand...

Gib said:
It's too bad Jon didn't know the history of Dianetics as found in the Campbell/Heinlien letters and Hubbard/Heinlein letters.
Click to expand...

Why is that, Gib? I don't get the connection. Brainwashing: A Synthesis Of The Russian Textbook on Psychopolitics