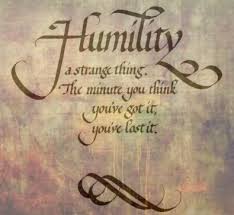 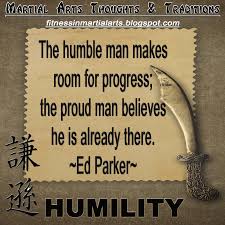 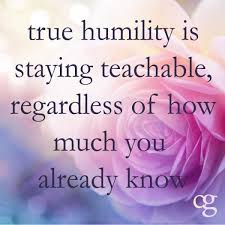 The following is an excerpt from an email to Jon Atack .
Jon, to elaborate on my earlier posts on Hubbard's use of language and lying with exact opposites or reversals I hope to make it as clear and simple as possible while hopefully remaining accurate .As I was reexamining Hubbard's use of and embrace of doublespeak and in particular with reversals of meaning being widespread in his work .


I have , to briefly review , felt for me the discovery of "study technology" being in fact not merely covert thought reform but also intended to annihilate the capacity for critical and independent thought and even acting to obliterate linear thought and well formed reason . So this creates the opposite to me of true study or tremendously inhibits the capacity to study .I use strong language but obviously all influence is on a spectrum . I detail this in a series of online posts at my blog and ESMB .This is primarily covered in Insidious Enslavement: Study Technology.


Next I had learned a bit more on hypnosis and Hubbard's study of rhetoric and your view of cognitive dissonance and the double bind being critical to Hubbard's methods and I agreed and sought to explore this in the Secret of Scientology part 1:Control via Contradiction .


The next steps were more gradual and detailed to some degree in several posts on hypnosis and rhetoric .I think the post with the Rock Bottom Basis for Scientology included the important simplification that Hubbard used confusion to a sufficient degree to induce cognitive dissonance then lies to steer the victim off the dissonance to temporary relief and labeled that relief as wins or gains .


That greatly simplified and codified for me Hubbard's intent and mindset . I also concurrently was looking at narcissists and sociopaths and corresponding behaviors and attitudes to better understand both Hubbard and Scientologists. So , I was examining a lot of things for information and coordination and falsification of any incorrect ideas I may find in my hypotheses. Or in general .


Then I explored Orwell's work on language and loaded language as described by Lifton in his eight criteria for thought reform and in Propaganda by Reversal of Meaning I extensively delineated examples of this all through Dianetics and Scientology doctrine .


So after getting that far I was corresponding with other Bunkeroos ( folks who post comments at the Underground Bunker ) and in answering questions and pointing out the methods behind Hubbard's seemingly random insane cult doctrine I kept shortening and simplifying answers . And I realized if I had sort of combined and coordinated the separate ideas and conclusions I had an even simpler pattern of conduct for Hubbard and his intent and method all through his development of his doctrine emerge .


He routinely simply called his works AND his "technologies" their actual opposites intentionally and knowingly .He started with Dianetics the "Modern Science of Mental Health" which is really a use of hypnosis and rhetoric repackaged as a pseudoscience of covert fraud and delusions . Next he made ( with a ghost writer and lots of plagiarism as he always was a plagiarist in my estimation ) Science of Survival . When taken apart again it is pseudoscience intended to confuse and deceive with a delusional subservience to Hubbard so complete the victim becomes a covert hypnotist and thought reformer with NO CONSCIOUS knowledge of doing so .Not the survival I desire .


The technology of auditing is advertised as removing content but we know it adds hallucinations and dissociation labeled as truth , past lives and a new reality via loaded language , rhetoric and outright lies . Lies are a rhetorical method and in analysis we can make the mistake of merely finding a lie and dismissing it without carefully considering the intent of the liar and the effects on many victims . Part of this is explored by Orwell and others . It bears very exact study .And study of pathological liars in particular . They craft lies as science and art for their very survival in ways most of us never dream possible or even get past the barest surface of . They use it as the essence of their lives .


In Clearing a new outlook is added and in particular portions of tech opposite effects occur .I realized Scientology "ethics" uses confession excessively to crush confidence and faith in one's own morals and the attitudes developed regarding ethics and then exploiting this emotional confusion with new loyalty to Hubbard and Scientology hidden through redefinition , loaded language and a series of complex interconnected logical fallacies - called conditions . So , next "admin" is a tremendously complex series of multiple sets of encyclopedias that have tremendous separation and compartmentalization of duties and authority . The effect of the admin is to my mind to make a victim incapable of understanding Scientology organizations and ALL other groups ! So Hubbard simply had the audacity to call his courses and auditing the very capacities they hamper or obliterate . All of these capacities before Scientology were aspects of human ability that could resist or detect slavish submissive control aka mental cloning .


In other words Scientology was intentionally designed from Dianetics first word to state the area or ability it negates while pretending to enhance that very area . It carries on and on and I have been finding it to hold true again and again . The TRs and Objectives actually knock a person into a highly delusional hypnotic dissociated delusional state . The exact opposite of Hubbard's stated "oriented in present time" ! It disorients you and knocks you out of actual reality !


I think this holds true over and over -Truth Rundown ? Most certainly . OT III Freedom From Overwhelm ? Yeah , you GET overwhelm from the bridge as buried cognitive dissonance and certainly should be overwhelmed by the insanity and mental trauma producing OT levels.In particular OT III through VII have been described as neurosis and even schizophrenia simulating or producing in Scientologists . Several online stories reported to be by psychologists or psychiatrists have vividly and quite consistently described several patients who had extensive mental harm inflicted in the course of doing the upper levels .


I do not mean to digress but merely to help display some of the supporting evidence so you can see there is an effort to be open to considering and comparing multiple sources of information regarding the effects of Scientology and the underlying intent Hubbard himself operated with .I think Hubbard followed many behavior patterns consistently . They underlie the cult methodology even more fundamentally than the rhetoric and hypnotism and other plagiarized methods Hubbard attempted to use as the hidden foundation of his fraud .


So , as one learns bit by bit the layers fall away . That Hubbard lied at all is usually the first discovery . To get to understand he lied pathologically and all it entails is something exes often never fully achieve to their extreme detriment . Very often even this is the end of the road as many exes and critics never understand Hubbard intentionality combined rhetoric , hypnotism , double binds held by cognitive dissonance , plagiarized sublime and other elements to enslave .

I am hoping -perhaps naively- that exposing Hubbard's use of opposite descriptions or claims of enhancing what a particular "technology" actually impairs is not by chance - it is obviously an intentional deception will help others .


I am hoping that by continuing to delineate this in simple terms it will click with exes and they will both recover and inform indies and critics - Hubbard lied and always knew this was a fraud . He proved it by naming his auditing and indoctrination and many , many things as the things they destroy or impair .Or are in some way an opposite of . The lowest slave class is the "elite" Sea Org . The route to mental slavery is the "bridge to total freedom". The people in and out of Scientology who do NOT submit to Hubbard's authority ( true suppression) are labeled suppressive persons . It goes on and on - anyone who exposes Hubbard or the cult's crimes is attacked ruthlessly AS a criminal .


We could list these for days . I see no rational believable alternative explanation . I think the evidence is consistent and comprehensive . I am quite interested in your considered opinion on this .
Last edited: Apr 20, 2015

I am also quite interested in Jon Atack's considered opinion, on whet you wrote there to him, as well.

Thanks
You must log in or register to reply here.

Scientology 180 degrees from the truth

The Easiest Person to Fool