The first annual Independent’s Weekend was a smashing success. About 65 Independents gathered for a host of activities over the July 4th weekend. We wish to thank everyone who came and made this such a memorable weekend – the friendship and camaraderie was beyond wonderful.

The first celebrants rolled in Friday for an impromptu get-together. Sam’s arrival all the way from the UK and Jim Logan’s arrival from Nova Scotia created theta waves so real you could reach out and grab them! Saturday, everyone started gathering in the morning at our home and by 7pm a large crowd were in attendance for the wedding. Marty and Mosey vowed their love and the crowd rejoiced! There was singing, dancing, laughing, and more. The party continued until late, even after the newlyweds left for the resort nearby. It wasn’t long after the last people left that the first began arriving for the Sunday Independent’s Day barbecue. By mid-afternoon the head count was above 70 with conversations buzzing everywhere again until late into the night. Tiziano, Jamie and Safetyman Jackson conducted an impressive fireworks display (in spite of the DMbot PI who attempted to run over the fireworks in an extremely dangerous maneuver). We received a thank you card this morning from our next door neighbor stating the following: “Dear Neighbor: Thank you so much for the outstanding 4th fireworks! They were awesome and greatly enjoyed! Welcome to our area. Signed….” The young man who delivered the card told us that his elderly mother is not able to get out of her house much and she was so happy to be able to enjoy the show.

Monday morning, those who had not had to go home gathered at Starbucks in downtown Clearwater (right next to Flag) before heading out for the inaugural Independent’s Deep Sea Fishing Tournament. For anyone who has not visited downtown Clearwater for some time, the activity level is dead and the tone-level grim. The public and staff were being kept out of sight in case they came in contact with an SP, funny how Scientologists have come to literally fear communication – when the handling of comm is supposed to be the hallmark of the subject. That morning downtown Clearwater was abuzz due to the presence of the Independents and their unrelentless insouciance. And a couple of Scientologists that did happen to run the crowd were even uplifted by the infectious happiness that was present.

The Fishing Tournament, organized by the dedicated Shannon and Hiro Kimoto, was a joyous group extroversion. After the fishing trip those who were still here gathered once again at our house for dinner and a “fireside chat”. Stories were told and many, many more laughs were had.

Overall the weekend was a pleasure moment that will last a lifetime and more. Friends were reunited and purpose lit on fire. This is a true group.

Special thanks are in order for a number of people who went out of their way to help make the weekend a success (in no particular order): The James gang, Tiziano and Jamie Lugli, Karen DeLaCarriere, Michael Laws, Shannon and Hiro Kimoto, Just Me, Steve Hall (who designed the new logo for the Independents and two celebratory banners as well as being the “official” photographer), Jack Airey (for getting the banners and flag produced), Jan Weiss, Tom and Mary Jo DePhillips, Veritas, Bruce Pratt (and Bruce deserves a special nod for driving to and from Tampa airport a dozen times as the unofficial “official” driver), Silvia Kusada, Gary (Jackson) Moorehead, Natalie & Brad Hagemo, Alison Andrus and Tom Devocht, John Nunez (“Chief” official photographer), JB, Jim Logan, Sam Domingo, Jackie & Paul B, Sofie Lefebre, and Laura Pino-Lopez.

We very much look forward to the next gathering, which will no doubt be exponentially bigger. See you there!

I suppose the passage of the 14th ammendment should be celebrated by people wearing gold plated manacles.

Hey I've been in that Starbucks. It's near Mordor. 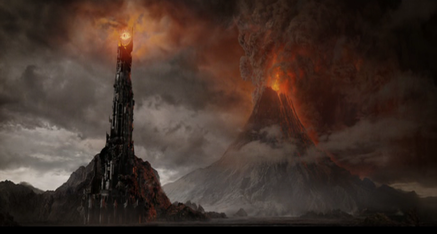 The doggie on the far right is the most intelligent animal in the pic:

The BEST part of that group photo is Tiziano. That, and his singing. Check out his Album Preview - particularly, "Love - Better Don't Take a Chance"

Looks like they had a fun get-together and enjoyed celebrating their independence from the CofS with each other. Good luck to them.

O.K., so they had a good time, good for them. Hopefully they are all waking up and getting more free. If belonging to a group helps speed their path, then mazel tov to them! They have a lot to recover from!

So it was THEIR first Independent Scientologist 4th of July, not THE first. Big deal. Grant them their pleasure moment!

I wonder why that one guy is hazed out.

Don't these people realize that If Laffy were alive, he would hate them, and ruthlessly try to bring about their downfall, probably more effectively than Slappy, and for the same reasons?

Probably they all don't, but hopefully they eventually will. I'm just GLAD they're OUT!

I'm glad I wasn't at that Starbucks that day. I think that would be more "theta" than I could take.

He's about 30 years behind the times with that title. That's what the LA celebration has been called since Thea Greenberg started the ball rolling in the '80s.

Oh, well. No one ever said MR was an original thinker.

Rmack said:
I wonder why that one guy is hazed out.
Click to expand...

He's probably freaking out that the copy of the photo on Marty's blog hasn't been edited yet. Too late, mate, as it's been online for at least 8 hours now and OSA will already have a copy.

The public and staff were being kept out of sight in case they came in contact with an SP, funny how Scientologists have come to literally fear communication – when the handling of comm is supposed to be the hallmark of the subject.
Click to expand...

I wonder how this happened. Entheta, SP, PTS, acceptable truth, silencing critics in court, and of course LRH in hiding for the last years of his life – obviously DM is responsible for it all.

Maybe it is time Marty allowed SPs to communicate more anti-LHR/tech facts on his boards. Surely all these independents are capable of handling a little comm.
Last edited: Jul 8, 2010

You would think they could, wouldn't you? :confused2:

you are killing me


nozeno said:
Hey I've been in that Starbucks. It's near Mordor.


Rmack said:
I wonder why that one guy is hazed out.
Click to expand...

Yeah, how come? Anyone know? :confused2:

Thanks for pointing that out.

I think the "hazed out" guy is John Brosseau. I'm guessing they didn't want anyone to know he was there at that particular time, now it doesn't matter... he's no longer there.
You must log in or register to reply here.

What about an International Independence day?