The Scientology building in Jaffa is being foreclosed, the Tel Aviv District Court ruled on Monday. The historic Alhambra cinema building belongs to the international Scientology movement through trustee Gur Finkelstein, who is suspected of attempted murder.

The foreclosure followed a petition by N.N. Salati Engineering and Projects Management. Last week, N.N. Salati filed a NIS 7.6 million suit against Finkelstein and the Scientology movement. According to the suit, the defendants commissioned the company to build a four-floor, 6,000 square meter building at the site and to renovate the 1936 cinema building last year, but paid it for only part of the work.


His mum must have been thinking of Noah's grandson who built the Tower of Babel.
L

Finkelstein is also alleged to have commissioned a hit against Tel Aviv building inspector Shoter Hovel, after the latter had stopped work on construction for the Scientology sect that Finkelstein represented.

When Hovel came to inspect the building, he found that it exceeded its building permit by 1,000 square meters, and ordered work stopped and the excess construction demolished.

That really is an Ideal Org. The best kind. 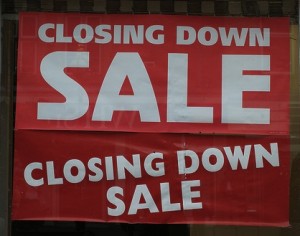 Apparently the Freewinds is still a very 'theta' environment...

They've spent so many years undermining others, now it's coming back on them. It's fun to watch them fail. Karma's a bitch, eh guys?

I wonder how all the dono suckers feel now.....watching their $ go down the drain. Think maybe some of them might wake up now? Maybe if the news of this travels around the world others will quit donating to CoS/DM's Idle Org project. It's gonna get harder and harder for the SO to suck $ out of the public.....and harder and harder to recruit their kids for the SO.

I also wonder how much the CoS paid Finkelstein to do their OSA dirty work. How ironic that every attempt this sleeze ball made failed. Seems like LRH was right in this instance.....an SP can't make it go right. LOL
A

So I wasn't on ESMB for a while [been plotting on the WWP]. But as a Jew I just feel the need to say: Mazal Tov! You'd think that with Scientology being present in Israel for 30 years they'd solve the Israeli/Palestinian conflict by now, right?
M

Every time I hear something like this it makes me feel good. Payback for all the years of crush regging me!

We, at last, are getting to see it fall.

It may well vanish .


Keep up the good work.
You must log in or register to reply here.

G
THE STATE OF THE STOP SCIENTOLOGY ABUSE CAMPAIGN
2