It's the TECH, stupid!

Handwringers Alert: This is a coldblooded factual account of your last 1,845,504,000* seconds as a religion. This thread may be hazardous to the health of your warm & fuzzy feelings about Scientology.

Wait, I hear commotion and grumbling in the Patron section--Oh, people are leaving already? Oh well...

Let's put it another way that may be more palatable, because I'd hate to offend anyone in the audience. I promise to try to say it as nicely as I can....

Ron conned your ass to death....and you helped him do it.

Shit! Now Marty and his Loyal Indie Officers are gettting up and leaving! Sorrrrrrrrrry, wait, wait, wait, wait.....I promise I will try to do better I promise. Damn, I lost more of my congregation!

You know, it's funny. Everyone leaving this thread did the same thing before making their dramatic exit. Raised their solidarity fist to the sky and said "We are with you Ron, we know the problem is COB, don't worry!" Hmmm, wonder what that's all about?

Well, I guess my amusing-schmoozing warmup remarks are loosening the audience members too much (from their seats) so I might as well just get on with the Sunday sermon. What the hell am I talking about?

That's what I am talking about.

Gets you to look at a picture of a cat while he lifts your wallet.

What are the most popular misdirections du jour?

(mass exodus alert...) Coming in at NUMBER 1 on the list of most-cherished-myths is the:

Apologies to all the people sitting in the handwringing "I just want to stop the abuses" and "All we need to do is get rid of COB" sections.

But, please let's hope his reign of terror is not prematurely cut short while he remains the greatest single (unwitting) Freedom Fighter in the war against Scientology. That boy has got the best stats of Clearing both the CoS and Scientology of adherents of anyone in history.

In the same way that my freaky sermon is losing cyber-parishioners in the Church of Hoaxology left-and-right, that's nothing compared to COB's ghost-town Tech.

How long would I like to see Miscavige in power?

Until that tiny arsonist's tiny fires have spread into a major conflagration and both the Church and the Tech are engulfed. It will happen if he stays there long enough.

And why oh why can't I just get along peacefully with the "religion" of Scientology--the tech?

It's not Miscavige that's the problem. Keep looking....

It's not the Church of Scientology that's the problem. Keep looking....

It's not L. Ron Hubbard that's the problem either. (yup, I said it, keep looking...)

It's the Tech, stupid!

As long as people are applying "the Tech" there will be Tech-Terrorism.

But, but, but....Can't we just all get along and only apply the good Tech?

If you still don't get it, here is the process you can run, solo.

2. "Recall the OT abilities that the Good Tech promised you."

3. "Recall the criminal terrorism and suffering the Good Tech has brought into the world in the past 60 years."

4. "Recall who you were before the Good Tech handled you."
​

part II: So when would be a good time for COB to exit the stage?

When his serial arsony aggregates into a Wall of Fire that sets off the firefighting alarms of law enforcement and consumer protection regulators.

In the meanwhile, he is doing a fantastic job, leave him alone.

He is the greatest CoS, Scientology and Tech destroyer in history.

Who am I calling stupid?

But, I am feeling better now.

Yeah! Let's see a real Wall of Fire. Not that science fiction one Blubbard hallucinated about.

INDIE SCIENTOLOGIST
Yeah, you natterer-hater, what about the Good Tech?

INDIE SCIENTOLOGIST
Yeah! Ron had undetected MU's on his own tech so he got Second Phenomena
and committed overts. See? The tech really does work. ​

Wow Hoaxie. Tell us now how it was that you were able to rise above.....

IT'S THE TECH, STUPID! 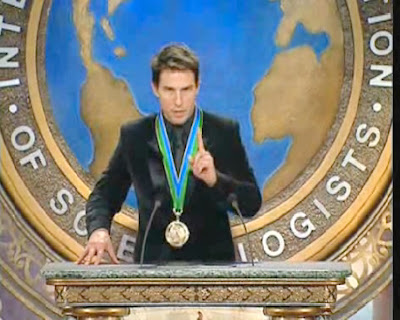 It's all about KSW people. Were you there?
What did you do to Keep Scientology Working?
Am I here? Oh never mind that last question, people. 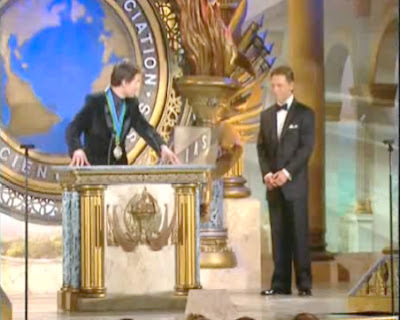 The Leader-of-Leaders.....the guyyyyyyy! The mannnnn.
The dude who is Keeping Scientologists working. 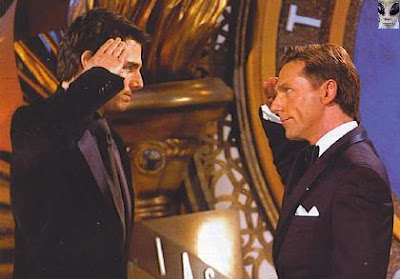 ...and I am not acting, people, this is a real salute to a real naval officer
who is really salvaging this sector of the Galaxy with real tech. 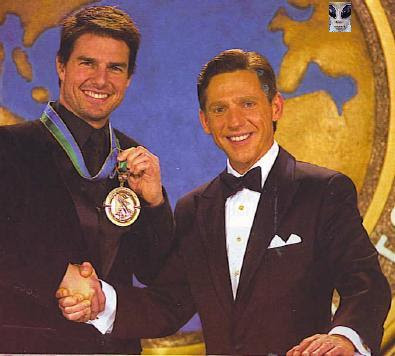 I had a nightmare last night that COB was really not KSW but was
actually destroying Scientology. It was the future and I was desperately
trying to get rid of every copy of this picture because it was humiliating
that I got a medal from an SP and scammed you all that he was our savior
when he was actually insanely suppressive. Man, I jumped into session
today, and KSW. POOF! I am back in present time! Whoa, I feel good!

Now I'm cross posting, but I don't give a shit!

Like Ron and others here on ESMB, you need to learn to Phase II. Does the name Chuck Norris ring a bell?

Either that, or as they say at Tokyo Ideal Org: "So, you are PTS to the mido grass!"

How can OTs clear the planet when they can't even clear the fucking sideway on L. Ron Hubbard Way?

Put that TECH in your pipe and smoke it.

Tech? That rhymes with Feck.

Or, as Dracula might say: "I love zee tech. Zee tech give me many to suck zeir blut."

ChuckNorrisCutsMyLawn said:
How can OTs clear the planet when they can't even clear the fucking sideway on L. Ron Hubbard Way?

Put that TECH in your pipe and smoke it.
Click to expand...

I am sp
as you are db
as you are bt
and we are all clustered together.

See how they run
like wogs from some fun,
see how they blow.
I'm cogniting.

ChuckNorrisCutsMyLawn said:
How can OTs clear the planet when they can't even clear the fucking sideway on L. Ron Hubbard Way?

Put that TECH in your pipe and smoke it.
Click to expand...

I AM THE WOGRUS
(extended dance mix)

HelluvaHoax! said:
part II: So when would be a good time for COB to exit the stage?

When his serial arsony aggregates into a Wall of Fire that sets off the firefighting alarms of law enforcement and consumer protection regulators.

In the meanwhile, he is doing a fantastic job, leave him alone.

He is the greatest CoS, Scientology and Tech destroyer in history.

How do you come up with this shit? You're very creative.

HelluvaHoax! said:
I AM THE WOGRUS

Don't you thing the joker & degrader laughs at you?​
Click to expand...

freethinker said:
How do you come up with this shit? You're very creative.
Click to expand...

Hoaxy is a geniusand funny as hell tooooooooo.

If anyone is writing a history of the first 6 decades of Scientology it could well be a green-on-white, 6-volume set called...


1.8 Billion Seconds (mortgages)
The Decline and Fail of the Ronan Empire​

You're too much Hoax

SCIENO-SCENARIO: When PC's try to trick the TECH...


AUDITOR
Today we are going to handle the ruin that you came into
Scientology for 30 years ago and never got handled. I'd like to
indicate there is by-passed-charge on that.

AUDITOR
Wait, hold on, we didn't handle it yet.

AUDITOR
We will do a Listing & Nulling now to find your Tech WHY.

WHAT IS THE REASON THAT YOU SPENT HALF YOUR LIFE AND
A HALF-MILLION DOLLARS AND DIDN'T GET YOUR OT ABILITIES?​

I never was OT back on the time track to begin with. x

I actually went OT but lost it because I am pts. x

I am suppressive and don't really want to be a free OT. x

I need to get SuperPower when it comes out. x

I have hidden standards that I am supposed to feel good from auditing. sf

I am being audited over an unhandled PTP--my intention is to go OT and the counter-intention is that the Tech doesn't work. LFBD DIAL WIDE F/N (pc VVGI's and wildly line charging)​
Auditor does not indicate item because it appears to be an ARC Break FN and not real VVGI's but "glee of insanity".

Auditor ends session to get a new C/S and offload this out-ethics particle.
You must log in or register to reply here.

Hubbard Tech I bought. WTF was I thinking?!
2 3

Does this Tech make me look fat?
2