On Tuesday July 1, 2014, former Los Angeles County Sheriff’s sergeant Maricela Long, and five other members of the nation’s largest sheriff’s department, were convicted of obstruction of justice, and conspiracy to obstruct justice for their involvement in a series of actions that took place during August and September of 2011, when the six and others hid federal informant Anthony Brown from his FBI handlers, threatened a federal agent, tampered with witnesses, and in other ways worked to disrupt a federal investigation into brutality and corruption in the LA County jails system.
The series of obstructive acts came, unofficially, to be be called “Operation Pandora’s Box.”

In February of this year, Long filed a civil lawsuit against former LA County sheriff Lee Baca and Los Angeles County, arguing in essence that Baca made her engage in the illegal acts that ended her career, and sent her to prison.
“Ms. Long, a deputy newly assigned to the investigations unit Baca ordered to investigate the FBI,” her lawyers wrote in her complaint, “carried out actions she was directed to perform within a rigid chain-of-command environment under which she was expected to follow the orders given to her by her superiors.”

Former Sheriff Lee Baca, as most will remember, was also convicted for obstruction of justice and conspiracy to obstruct justice, and was sentenced by Judge Percy Anderson on May 12, 2017, to three years in federal prison.
As of this writing, Mr. Baca is out on bail pending an appeal to the 9th circuit.

So is the $cn. Sheriff in the slammer yet? C'mon Leroy man up, do the time, work on your golf swing.

This article you linked to in witnessla.com links to an earlier article on Operation Pandora's box, the operation where at least two teams within the LA Sherriff's Dept conspired to hide a federal informant from the feds. And it's the best article I've come across on the matter:
http://witnessla.com/operation-pand...mbers-of-the-los-angeles-sheriffs-department/

An appeals court upheld the conviction of former Los Angeles County Sheriff Lee Baca on Monday, clearing the way for the once powerful but now ailing law enforcement figure to spend years in prison for obstructing justice and lying to federal authorities.

Baca, who has been diagnosed with Alzheimer’s disease, faces a three-year prison sentence after a jury found he helped orchestrate a scheme to interfere with an FBI investigation into abuses in county jails and later lied to prosecutors about his role.

Attorneys for Baca, 76, appealed the 2017 verdict, arguing it had been tainted by rulings U.S. District Judge Percy Anderson had made during the trial and so should be reversed. Among several alleged errors, they focused on Anderson’s decision to bar the jury from hearing testimony about Baca’s illness and about a conversation he had with an aide about the FBI’s investigation. Either piece of information, the defense team said, could have helped sway the jury in Baca’s favor.

But the three-judge panel from the 9th Circuit Court of Appeals rejected those claims in a seven-page decision, finding the trial was fair and the conviction legally sound. 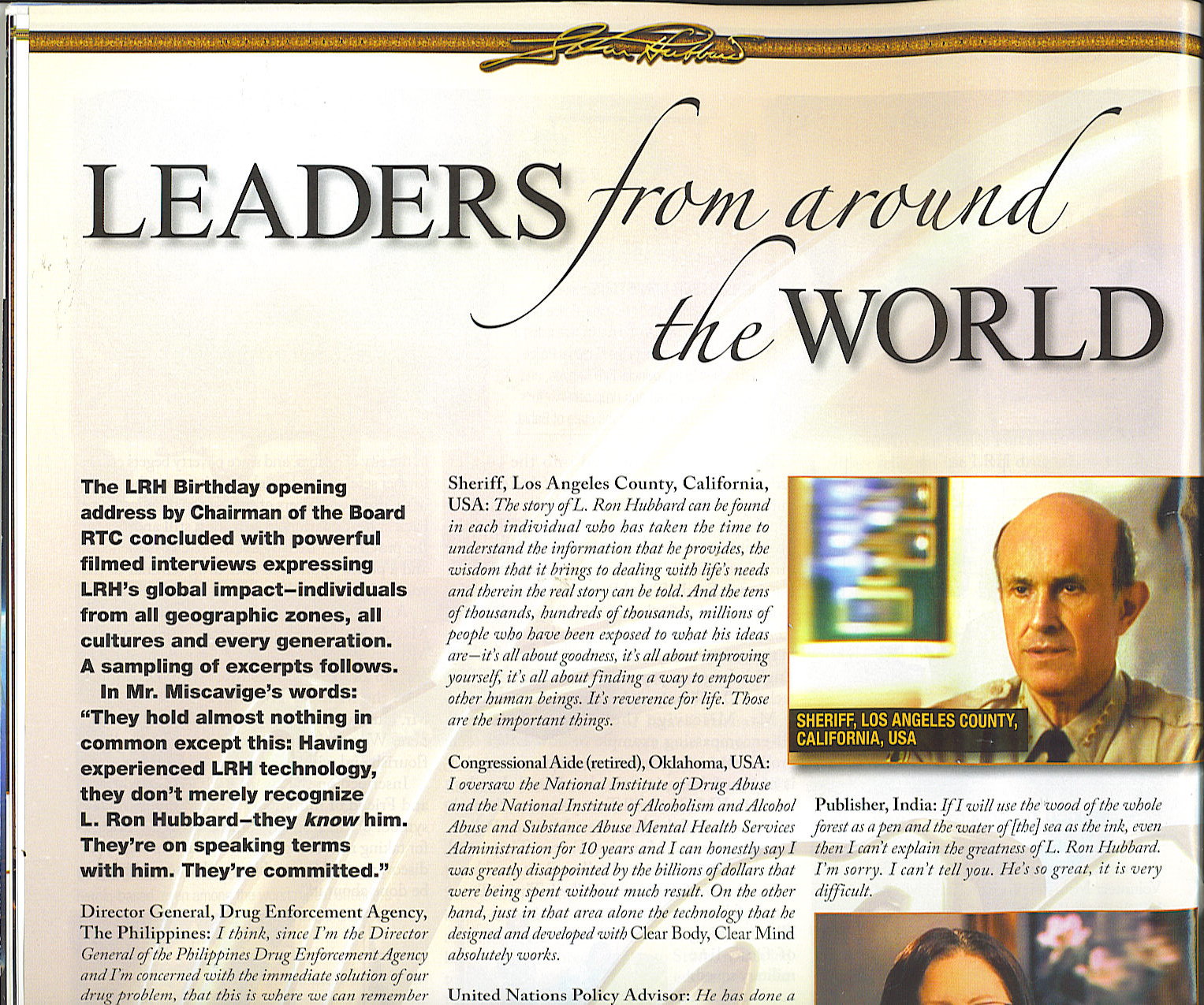 Former Los Angeles County Sheriff Lee Baca is one step closer to prison after a federal appeals court today rejected a request to reconsider the appeal of the ex-lawman’s conviction on charges of obstruction of justice and lying to the FBI.
The 76-year-old former sheriff, who has Alzheimer’s disease, was sentenced in May 2017 to three years in federal prison, but has remained free pending appeal. In February, a three-judge panel of the U.S. 9th Circuit Court of Appeals in Pasadena rejected his first attempt.
In Friday’s decision, the court denied Baca’s petition for rehearing before a full panel of 11 judges. The ruling does not automatically mean Baca will be going to prison. He could now appeal to the U.S. Supreme Court.
Baca’s attorneys could not immediately be reached for comment.

He was a powerful con artist for many years, I'm pleased that those days are long gone: Former Los Angeles County Sheriff Lee Baca has been implicated in a multimillion-dollar fraud scheme, according to a court filing by the U.S. attorney’s office in Utah.

Baca stepped down in 2014 amid increasing controversy and later was indicted on charges stemming from a plot to thwart an FBI investigation into abuses by deputies working in the County Jail.

Ty for bumping these older more relevant threads. I feel special, like you're just doing it for me!

Tanchi said:
Ty for bumping these older more relevant threads. I feel special, like you're just doing it for me!
Click to expand...

It's an old thread but the article and it's story are new as of today (photo is old).
Last edited: Aug 29, 2019
You must log in or register to reply here.