There is a new post up at the Mike Rinder's Blog

Some thoughts about the settlement of Laura’s case. For the few Monday Morning Quarterbacks out there who think she should have gone through to trial — please read this earlier post about Debbie Cook settling her case. Of course the circumstances are different, but the sentiment remains. Unless you have walked in the shoes of […]

Great must-read post by Mike Rinder with regards to Laura's lawsuit and how significant the lasting effects will be.

Laura was able to prove that there was no real treatment of privacy of information in her PC folders. This is so important for people to know. This information is treated very cavalierly. In my experience there was a lot of personal information that leaked and the sphere of people with information access was much wider than most people would expect but as Scientology contracts and becomes more multi-generational I think it can be expected to become increasingly cliquish and gossipy. They represent that your PC information will be respected but the Auditors, Case Supervisors and other people who have access to your information won't always be in those positions. They can very easily be transferred to administrative positions with enforcement responsibilities like the Inspections and Reports Department or to OSA or ordered to help those people. Even in an auditing session if you say something perceived to be problematic for the organization it will be referred to Ethics or OSA. And this isn't a stable organization where a priest can be expected to remain a priest and respect the responsibilities of a priest for their lifetime. The Scientology auditor you give your information to may not be on staff at all and just as likely to abandon Scientology or be declared an SP.

But here is my point. Even IF Scientology maintained privacy of PC folder information they have workarounds for that. They tell you up front in a sec-check that "They are not auditing you". In other words, they give you a disclaimer that this isn't PC protected information. And it is in the sec-checks that they deliberately itemize all the most intrusive things that can exactly be used against you. Staff are periodically sec-checked and now they sec-check public routinely on the OT Levels so any Scientologists should expect to have to provide deeply personal information out of session eventually in order to remain in good standing and they may think that since they have already provided that information in session that there would be no harm in providing it in a sec-check.

They also require all Sea Org staff to fill out an extremely intrusive Life History Questionnaire which is used for administrative personnel management and also not protected by any representations of privacy. This asks for detailed contact information on friends and family and we know it is used to track down and recover escaping staff members as part of a Blow Drill.
_____
Then there is the use of personal information for public humiliation:

Plus the public humiliation of staff had begun, whereby DM would make someone stand before the whole base crew (over 600 people) and read out what the person had “confessed” in their auditing sessions or sec checks. All of a sudden, if someone masturbated and it came out in an auditing session, DM would make them stand up and held up to ridicule by the entire base. I was completely outraged by this behavior.
_____
Scientologists are lulled into complacency over the handling of their information by virtue of their trust in some kind of implied priest-penitent privilege that simply doesn't exist. Think about it. With all of the waivers that a Scientologist must sign to release the COS from any legal liability do you really think they would leave themselves on the hook for maintaining privacy of your personal information? They make you sign an agreement that your PC folders belong to them. This isn't psychiatry or psychology where practitioners are governed or licensed by a government agency or independent professional Board.

Hubbard envisioned himself as some kind of intelligence operative par excellence. The Church even tells us that he was infiltrating Jack Parson's sex magick ring as an agent for the government. Building dossiers that could be used for intelligence purposes was how Hubbard was wired. People should look upon the COS as though it were the Stasi with a new age self-help front group.

TheOriginalBigBlue said:
But here is my point. Even IF Scientology maintained privacy of PC folder information they have workarounds for that.
Click to expand...

Plus, I've been in orgs where the PC folder storage area isn't even locked. Where anybody who knew where it was could just walk in and walk off with somebody's folder.

I am very glad she got a settlement.
Congratulations to Laura, a very brave soul!

She had been such a great CO$ abuse fighter.

Almost 10 years, now she deserves to live her life at peace, raising her kids with joy, and leave $cientology mindfuck and abuse where it belongs as far as she can.

Her case had brought media attention on the issues involved and she did great as SO conditions will change.
She got out of it, and let go at the right moment.

lotus said:
I am very glad she got a settlement.
Congratulation to Laura!

She had been such a great CO$ abuse fighter.

Almost 10 years, now she deserves to live her life at peace, raising her kids with joy, and leave $cientology mindfuck and abuse where it belongs as far as she can.

Her case had brought media attention on the issues involved and she did great as SO conditions will change.
She got out of it, and let go at the right moment.

she's a white rose as well as a mother 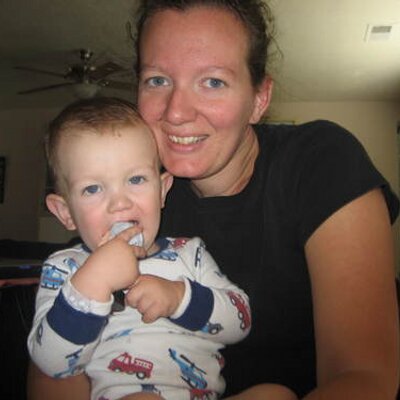 So the Sea Org "does" have a retirement plan. I love a happy ending.
You must log in or register to reply here.

Keeping Abuses Secret Under the Guise of Religion