Leah Remini and Mike Rinder of Scientology and the Aftermath to be honored at Child USA's Third Annual Awards Celebration. 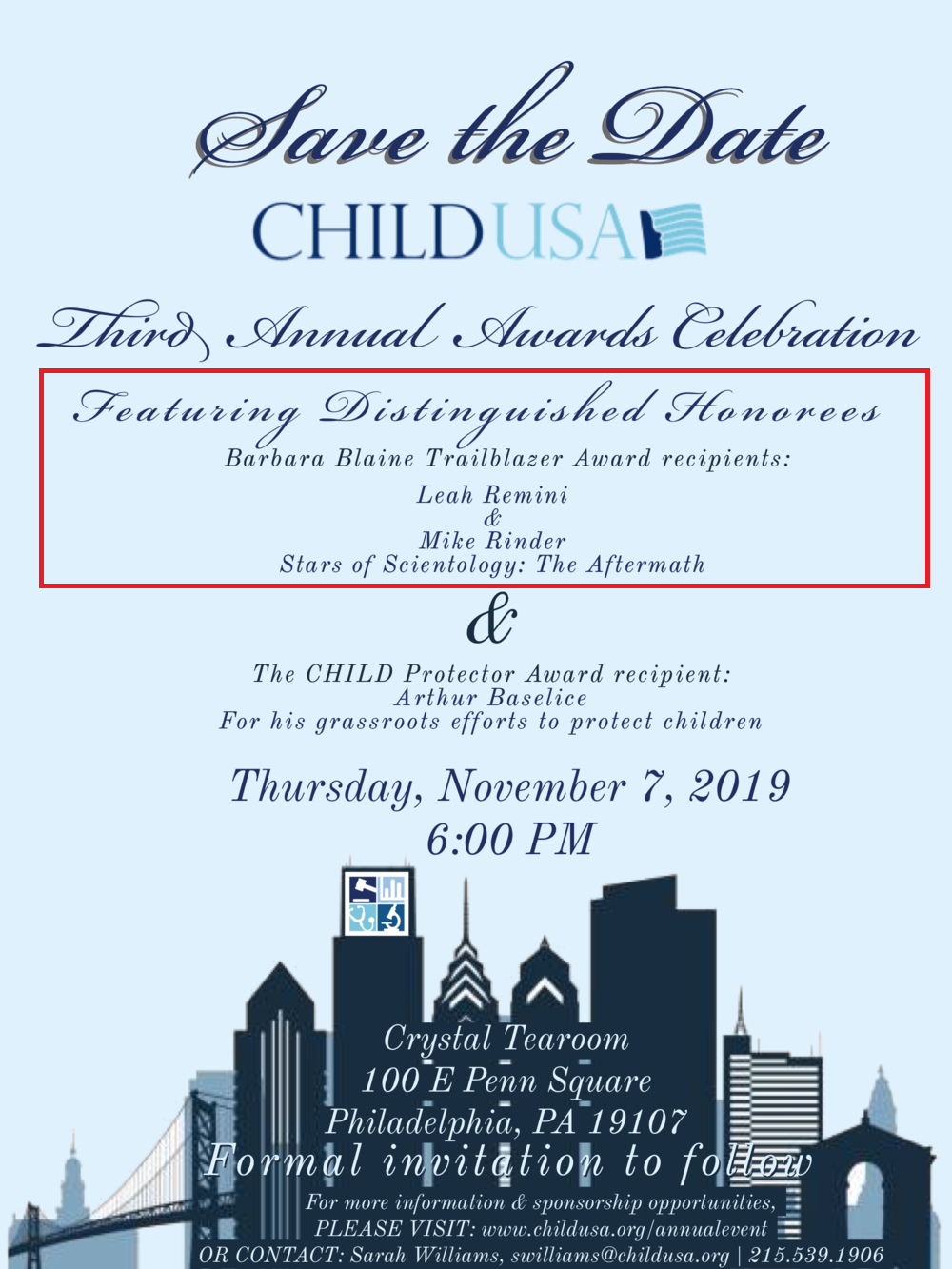 With a career spanning over 20 years, Emmy Award winner, New York Times Best Selling author, actress and producer Leah Remini continues to grow her breadth of work, most recently as creator and executive producer of A&E Network’s hit nonfiction docuseries LEAH REMINI: SCIENTOLOGY AND THE AFTERMATH. The series, on A&E Network, investigates the truth behind the Church of Scientology. Debuting in late 2016, the show became the highest rated premiere for A&E in two years. In 2017, the series won an Emmy award in the category of “Outstanding Informational Series or Special”, a Television Critics Association Award in the category of “Outstanding Achievement in Reality Programming”, and a Producers Guild Award in the category of “Outstanding Producer of Non-Fiction Television.” Season three of the hit series premiered in the fall of 2018. In addition to her show, Remini recently expanded her relationship with A&E Networks with an overall, exclusive first-look development deal. In her new role, she will be collaborating to develop and produce new documentary programming over the next two years that will go beyond the subject of Scientology. This past November, Remini was seen starring alongside Jennifer Lopez in the romantic comedy, SECOND ACT. The comedy, directed by Pete Segal, garnered over 72 million worldwide at the box office. This past year, Remini also starred on the CBS comedy KEVIN CAN WAIT, reuniting with her former costar Kevin James. James and Remini starred together for nine seasons on the hit series THE KING OF QUEENS, on CBS. The show continues to enjoy huge success through daily syndication, now airing in over 33 countries where it continues to resonate with new audiences. In the fall of 2015, Remini released a memoir titled Troublemaker. The tell-all book explores an eye-opening, insider account of Remini’s tumultuous and heart-wrenching 30-year-plus association with the Church of Scientology. Troublemaker quickly became a New York Times bestseller, as did the paperback edition, which was released earlier this year. In 2014, Remini created, produced and starred in her own reality show LEAH REMINI: IT’S ALL RELATIVE, which successfully ran on TLC for two seasons. The show chronicled her life in Los Angeles as she allowed cameras to capture her family and their funnier-than-fiction reality— not holding back on their love, opinions and sense of humor. Other television credits include WHO’S THE BOSS, MILO MURPHY’S LAW, CHEERS, FRIENDS and SAVED BY THE BELL. Remini currently resides in Los Angeles with her husband, Angelo and daughter, Sofia.

Rinder left the Church in 2007 after becoming aware of the authoritarian and abusive nature of the senior management. His entire family disconnected from him. Rinder then became a whistleblower against scientology abuses. Since 2016, he has co-hosted the A&E documentary series Leah Remini: Scientology and the Aftermath. That show has changed public perception of scientology and given a voice to many of its victims.

Child USA announces that Leah Remini and Mike Rinder are their new National Ambassadors for Child and Family Protection. 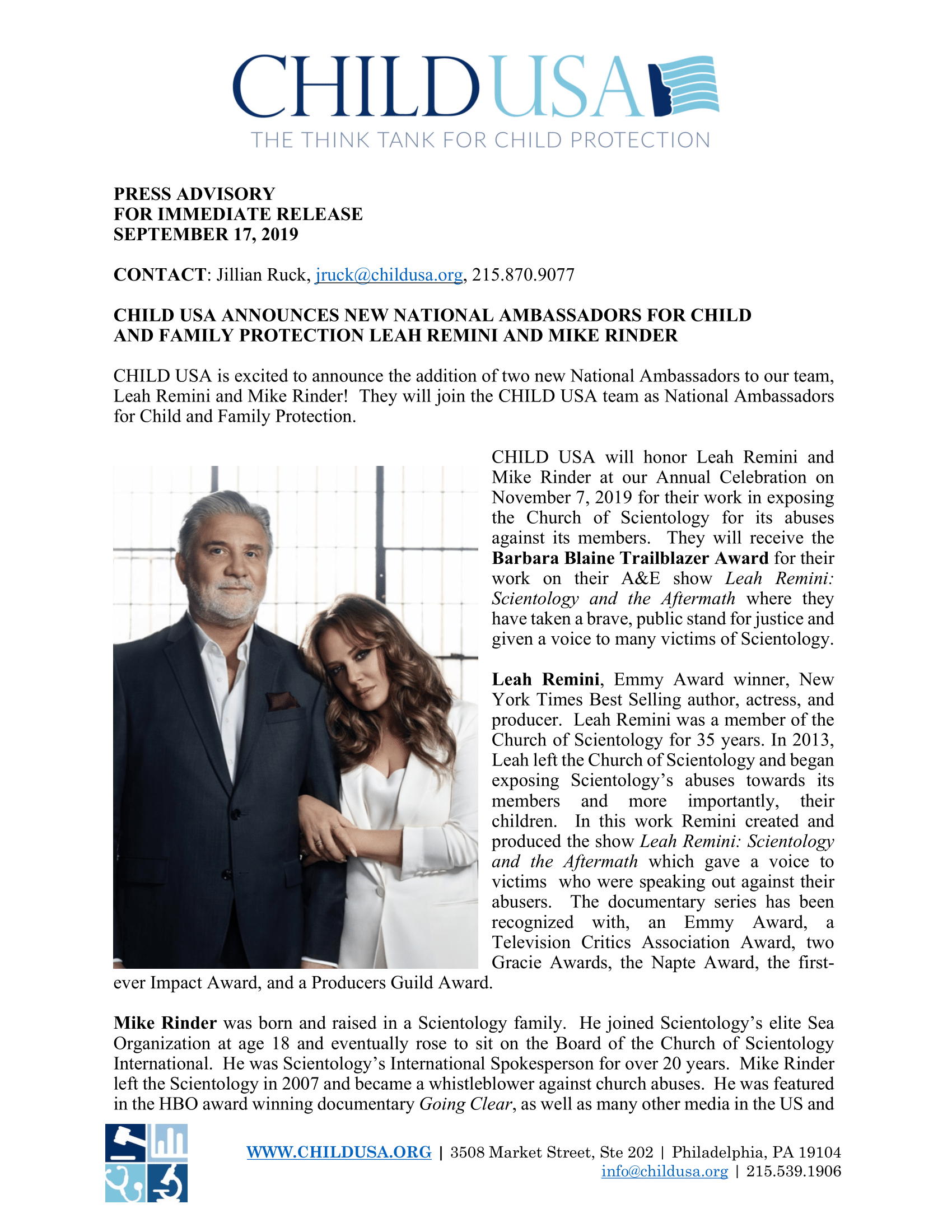 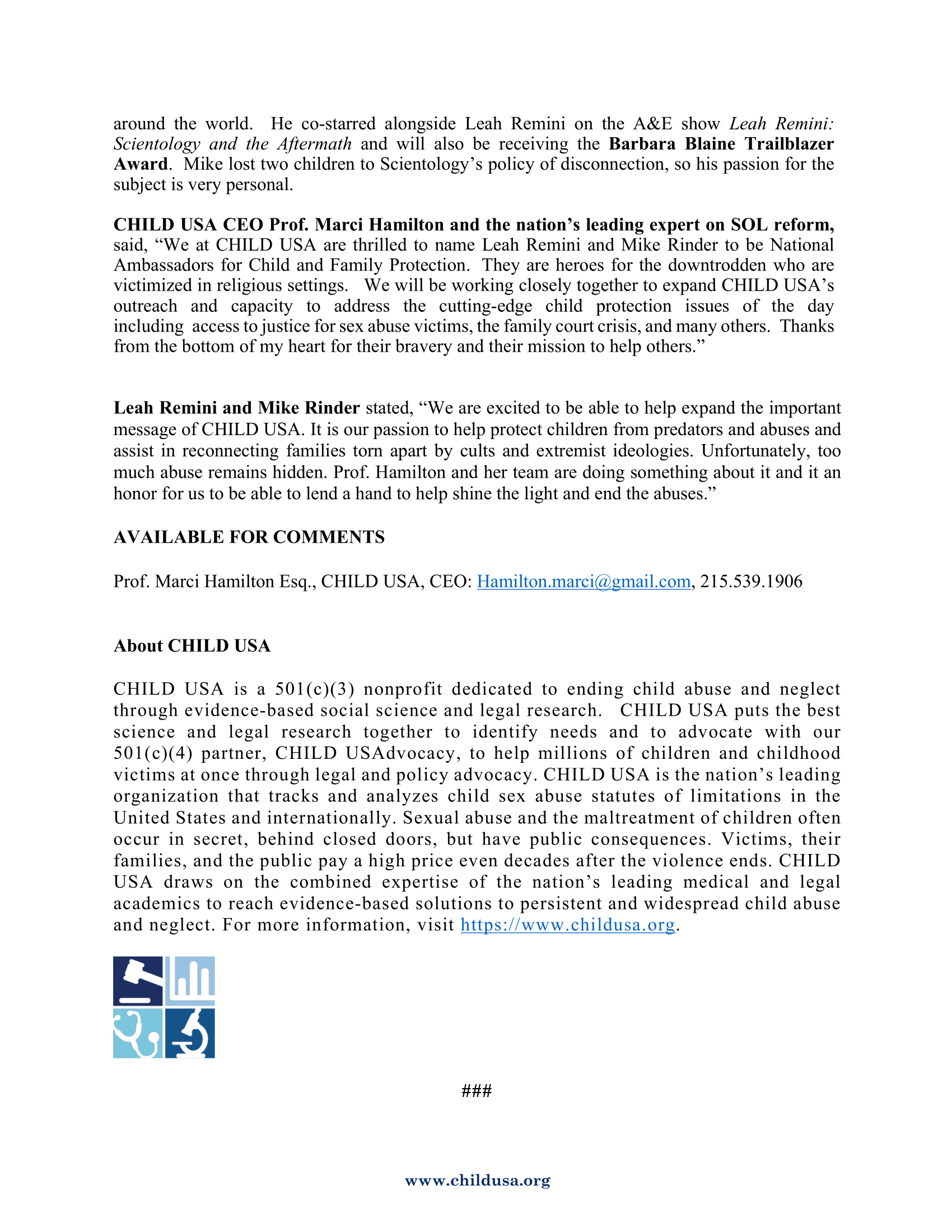 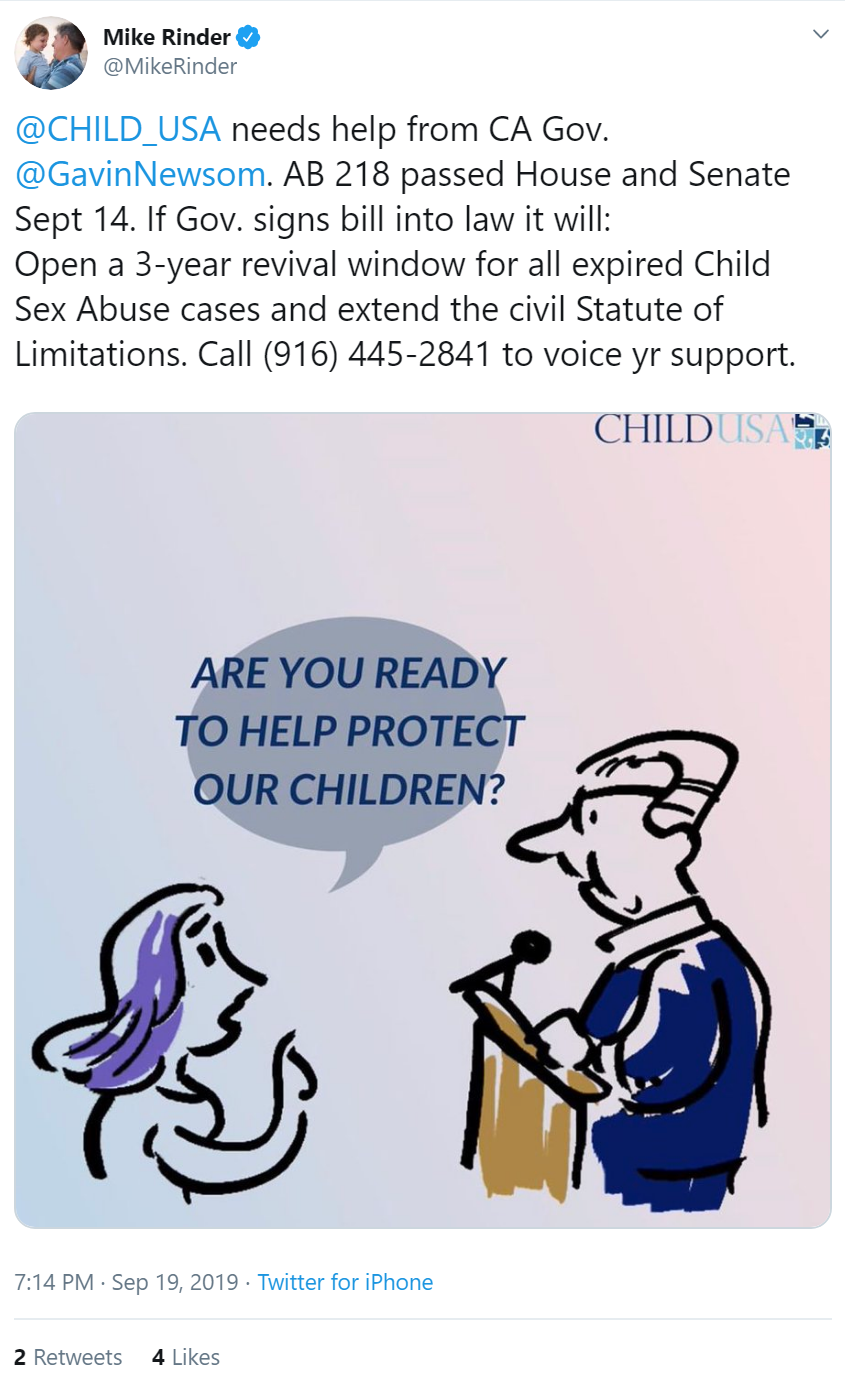 Leah Remini: Scientology And The Aftermath nominated for award

Leah Remini's 'Scientology and Aftermath' Coming Back for Season Two!
12 13 14