Note to David Miscavage - when you screw with the wrong person, you don't get foot bullets, you get foot grenades..... 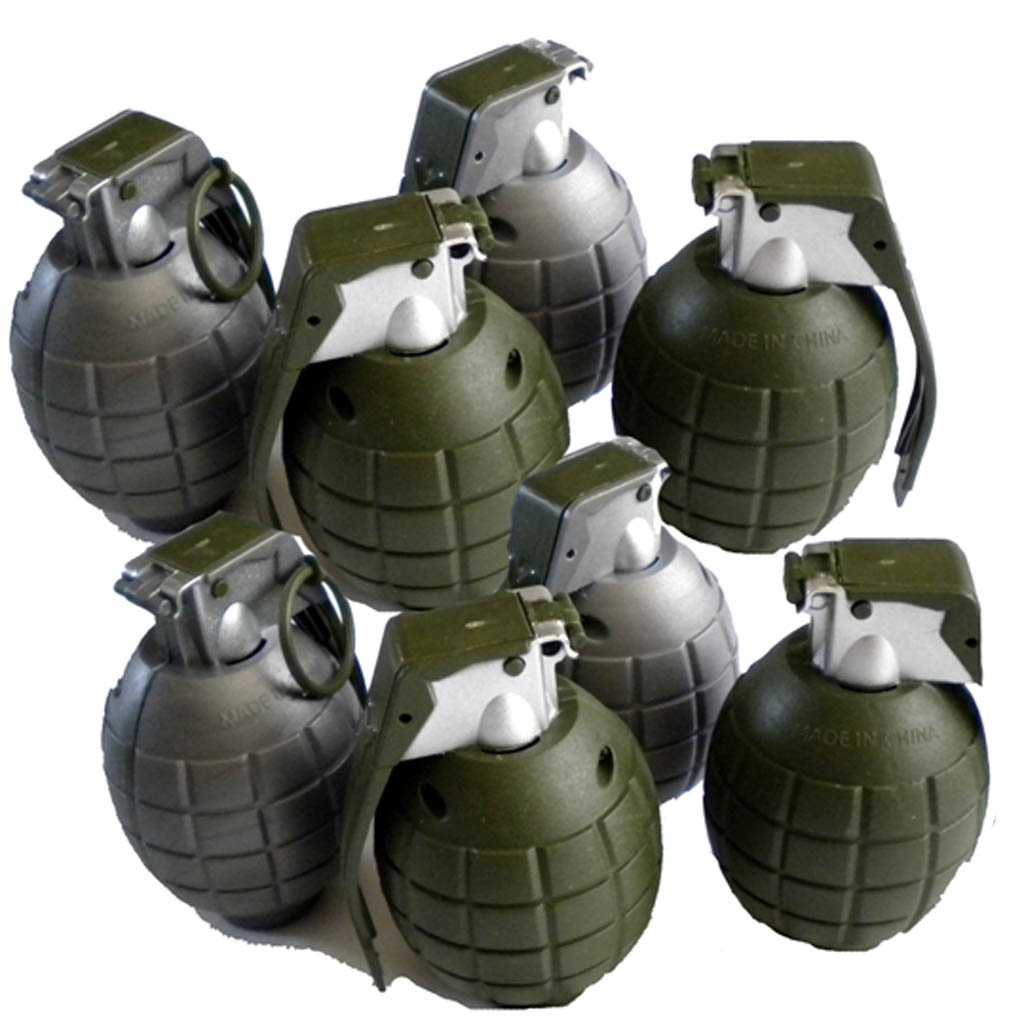 Just read the great news and thought this tune best expresses what
I hope every Ex-scientologist, including Leah and her family, knows:


It's Not Where You Start,
But Where You Finish;
And You're Gonna Finish On Top

Courtesy The Wrong Guy on the WWP thread: https://whyweprotest.net/threads/tr...d-and-scientology-book-by-leah-remini.130287/

The 'King of Queens' actress' book will discuss how she was "indoctrinated" in the church and why she chose to leave.

Leah Remini, the actress who famously quit Scientology, is writing a memoir about her experiences in and out of the church, Random House imprint Ballantine Books announced Thursday.

Troublemaker: Surviving Hollywood and Scientology will publish on Nov. 3. Remini has clearly been quietly writing the book for some time, given the short window between the announcement of the book and publication. Typically publishers announce a book a year out from publication.

In a statement, Ballantine outlined the book:

"In Troublemaker, Remini, best known as the star of the popular long-running sitcom King of Queens, will detail for the first time her life growing-up in the Church of Scientology and her rise to fame in Hollywood. Indoctrinated into the church as a child while living with her mother and sister in New York, Remini eventually moved to Los Angeles, where her dreams of becoming an actress and advancing Scientology’s causes grew increasingly intertwined. But when she began to raise questions about some of the church’s actions, she found herself a target, which led to her — and her family’s — break from the church. Bold, brash, and bravely confessional, Troublemaker chronicles Leah Remini’s remarkable journey toward emotional and spiritual freedom, both for herself and for her family."

Courtesy The Wrong Guy on the WWP thread: https://whyweprotest.net/threads/tr...d-and-scientology-book-by-leah-remini.130287/

ABC News announced actress Leah Remini will give an exclusive interview on her experience with and ultimate break from the Church of Scientology to Anchor Dan Harris. Remini will talk about her association with the Church for over 30 years as recounted in her memoir “Troublemaker: Surviving Hollywood and Scientology.”

Leah Remini: Scientology memoir due out this fall | Entertainment Weekly

Leah Remini’s Scientology tell-all: Will her new memoir be the next “Going Clear?” | Salon

Courtesy The Wrong Guy on the WWP thread: https://whyweprotest.net/threads/tro...remini.130287/


Next Up from Leah Remini: A Scientology Tell-All! | People

Leah Remini has been dishing dirt on Scientology ever since she split from the church back in 2013.

At the time, the reality TV star mentioned writing a memoir about her experiences with the religion from childhood to adulthood. However, since we hadn't heard a thing about this tell-all — we figured the idea got scrapped, or it was just all talk to begin with.

But glory be to Xenu because it's REAL, y'all!

Indoctrinated into the church as a child while living with her mother and sister in New York, Remini eventually moved to Los Angeles, where her dreams of becoming an actress and advancing Scientology’s causes grew increasingly intertwined. As an adult, she found the success she’d worked so hard for, and with it a prominent place in the hierarchy of celebrity Scientologists alongside people such as Tom Cruise, Scientology’s most high-profile adherent. Remini spent time directly with Cruise and was included among the guests at his 2006 wedding to Katie Holmes.

But when she began to raise questions about some of the church’s actions, she found herself a target. In the end, she was declared by the church to be a threat to their organization and therefore a “Suppressive Person,” and as a result, all of her fellow parishioners—including members of her own family—were told to disconnect from her. Forever.

Bold, brash, and bravely confessional, Troublemaker chronicles Leah Remini’s remarkable journey toward emotional and spiritual freedom, both for herself and for her family. This is a memoir designed to reveal the hard-won truths of a life lived honestly—from an author unafraid of the consequences.

Special Thanks to Tommy Davis.

YOU DONT HAVE THE RANK TO MAKE THAT COMMENT!

Jump said:
YOU DONT HAVE THE RANK TO MAKE THAT COMMENT!

Order him back to the gulag for an RPF's RPF.

.
.
Kelly Preston has been trying to make up the damage she caused by not keeping the entheta stats down of her Celeb "Husband" (Operation Gayfilthywipe).

Bart Simpson's voice has been dancing around trying to make up damage for something too.

Watch ESMB/Ortega to see these fuckers opening Ideal Morgues in Turkestan, Timbuktu, etc in the not too distant future, now that Leah has 10x her entheta expansion. David Miscavige is going to put on Karin Pouw's blue work dress and drag Kirstie Alley's big fat ugly arse in TODAY to start her sec check for not destroying Leah Remini in Operation Tweet.

Such exciting times.... looking forward to seeing the interview and reading the book!

I like Leah Remini a lot - she's so real, so earthy and warm as a person. She has humility, too, and that's so rare and wonderful to see in a celebrity.
D

Quote from link to Tony Ortega article from OP:

"For daring to ask that question, and then following it up with a “Knowledge Report” about Miscavige, Leah was summoned to Scientology’s Flag Land Base in Clearwater, Florida, where she was subjected to three months of interrogations and behavior modification until she agreed to drop her complaint about the head of the organization. For that three months of brutal treatment, she was also billed $300,000."


Question: Does the "and behavior modification" mean she was sent to RPF or what?

I remember when Leah (I'm pretty sure now it was her) popped in here briefly under an anon tag and chatted with a few of "us" (esp. the amazing Mr Headley.) This was quite a while ago.

Then she disappeared back into anonymity as far as ESMB was concerned.:confused2:

I do hope THAT makes it into the book.

Of course, I could be waaaay wrong and it was ANOTHER celeb. escapee who's still under the radar.

There have been a few books taking swings at the alleged shady inner workings of the Church of Scientology lately. But no author perhaps quite as high-profile as ex-Scientologist Leah Remini, who reigned supreme for years as a sitcom wife on the long-running CBS show King of Queens. Remini left the church of Scientology in 2013 and now, according to her publisher, the actress is coming out with a “bold, brash, and bravely confessional” tell-all. Brace yourselves, lawsuits are coming.

Remini told BuzzFeed in 2014 that she didn’t want to become known as “this bitter ex-Scientologist” but according to her publisher Ballantine, Troublemaker will explore how Remini’s “dreams of becoming an actress and advancing Scientology’s causes grew increasingly intertwined” and detail how “when she began to raise questions about some of the church’s actions, she found herself a target, which led to her — and her family’s — break from the church.” With apologies to director Paul Haggis, until either Katie Holmes or Nicole Kidman put pen to paper, this sounds like the closest we’ll get to exploring the Hollywood side of Scientology.

Vanityfair.com reached out to the Church of Scientology but has not heard back at this time.

http://www.vanityfair.com/hollywood/2015/09/leah-remini-scientology-memoir​
You must log in or register to reply here.

Leah Remini's Scientology memoir Troublemaker is in at least 690 libraries