Make us cringe (using only five words or less) :)

Ron the author of best sellers.

strativarius said:
Why drag Marlon Brando into this?
Click to expand...

Something about hot buttered buns.

‘What do your materials state?’

Is there a word or symbol you don't understand?

Why would you bastards restrict me to 5? Trying to keep me small? Caved in? Introverted?
C

SPsince83 said:
Owsley dosed me backstage at a Dead show. It was good. I didn't see any tomatoes, though.
Click to expand...

Cyclops Duck of the North - BEWARE

"Unlawful publication, translation, duplication and distribution is a violation of applicable laws."

Be kind, I tried to do it from memory.

A blast from the past.

...and all the rest of their lovely evaluatory, wrong indicating invalidation's.

screamer2 said:
Why was the nail driven into that tomato?
I never could figure that one out.
Click to expand...

To keep it from blowing, obviously.

a girl is no one 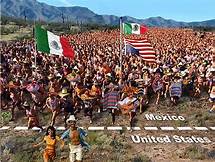 I stole your tech?

I don't want to go to space

I'm back in Scientology!

Never me but, a year ago I got back in touch with a former roommate & friend that had been out for over a decade who angrily informed me that he was back in Scientology and I was crestfallen. He was one of those the GO milked for information on me when I had to threaten them with the only threats that would get one off their mailing and calling lists which was to "threaten to embarrass them in the press and file a lawsuit against them." This is how it's worded in their policy about "ask offs", and that they could never let you off their lists otherwise according to LRH's mandates in policy.
Last edited: Dec 10, 2018
You must log in or register to reply here.

We need a new word for “spirituality”

The Good, The Bad and The Ugly
2