Court dox are in

In the first page of the lawsuit, it lists Danny as a staff member - is he SO?

4 Women Say “That ’70s Show” Star Raped Them, and Scientology Covered It Up
BY DAVID GEE

"An attorney for the Church of Scientology issued this statement to me in response to the lawsuit:"

"This baseless lawsuit will go nowhere because the claims are ludicrous and a sham. It’s a dishonest and hallucinatory publicity stunt. Leah Remini is taking advantage of these people as pawns in her moneymaking scam."

Scientology stalked, threatened women who accused actor Danny Masterson of assault, according to lawsuit
This is the second lawsuit filed this summer against Scientology leader David Miscavige by a legal team using civil court to expose the church’s institutional structure it says enables abuse and harassment.

As soon as four women filed reports with Los Angeles Police in 2016 and 2017 alleging they were raped by actor Danny Masterson, the Church of Scientology unleashed a campaign of terror to intimidate the accusers and protect its celebrity parishioner, according to a joint lawsuit filed this week in Los Angeles Superior Court.

The women repeatedly found strangers around their homes, sometimes peering inside with flashlights at night. Their email accounts were hacked and credit cards stolen. One woman’s dog mysteriously died and the autopsy showed trauma to its trachea. They were chased in cars; one was run off the road. They were followed into grocery stores and nail salons. All have woken up to find their car doors and trunks wide open.

The 22-page complaint names Masterson, the Church of Scientology International and leader David Miscavige as defendants to claims of stalking, libel, slander, invasion of privacy and conspiracy.

It is the second lawsuit filed this summer against Miscavige and Scientology by a team of a dozen victims rights’ attorneys. In the absence of criminal prosecution by federal or local law enforcement, the legal team is using civil courts to expose Scientology’s institutional structure it says enables child abuse, human trafficking and harassment of critics. 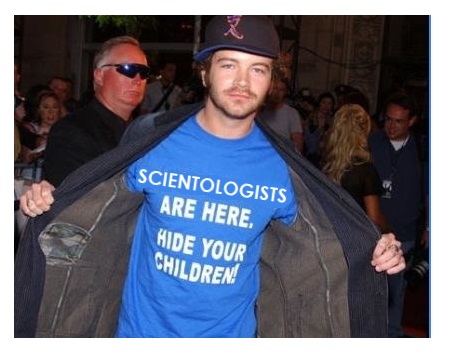 Law Suit getting a bit of News Coverage today.

https://www.foxnews.com/entertainment/danny-mastersons-ex-claims-he-laughed-rape-allegation
You must log in or register to reply here.