Newsweek
Measles Outbreak Aboard Cruise Ship Prompts Saint Lucia to Quarantine Vessel
By David Brennan On 5/1/19 at 4:05 AM EDT

A cruise ship has been quarantined on the Carribbean island of Saint Lucia after medical officials received reports of a passenger with measles onboard.
The unidentified vessel was detained in port on Tuesday, according to a statement released by the nation's Chief Medical Officer, Dr. Merlene Fredericks-James. The St. Lucia Times quoted Fredericks-James as saying no crew or passengers had been allowed to leave the affected ship for fear they may cause an outbreak.
“We got information early this morning through two sources—two reputable sources—that there was a confirmed case of measles on a cruise ship that visited our Island,” Fredericks-James explained in a video statement.
The chief medical officer did not give the name of the vessel nor of the company operating it, but said the decision had been taken following discussion and consultation with the Pan American Health Organization and Saint Lucian officials.

Underground Bunker
Is Scientology’s ‘Freewinds’ the cruise ship quarantined for measles in St. Lucia?
By Tony Ortega | May 1, 2019
In fact, in the port of Castries, St. Lucia’s capital, there is only one passenger ship docked at all, and that’s Scientology’s private cruise ship, the Freewinds. Here, see for yourself… Vaxopedia
Did Saint Lucia Quarantine a Scientology Cruise Ship Because of Measles?

We got news today that cruise ship has been quarantined in Saint Lucia.
The Chief Medical Officer of Saint Lucia, Dr. Merlene Fredericks-James is saying that they quarantined the ship because “there are cases of measles on the vessel.”
Which cruise ship?

Who is docked in Saint Lucia?

The SMV Freewinds, a cruise ship affiliated with the Church of Scientology.
Are Scientologists against vaccination? Would that explain measles cases on their ship, if it is indeed their ship under quarantine?
No, they claim that there is nothing in Scientology that is against vaccines.
Still, there are some rather famous anti-vaccine celebrities who are Scientologists, such as Jenna Elfman, Kirstie Alley, and some others.
Is this the ship under quarantine for measles?

News NBC
Cruise ship in St. Lucia quarantined over confirmed measles case
The ship is not allowed to leave the port and the nearly 300 passengers and crew can't disembark.
https://www.nbcnews.com/news/us-new...rantined-over-confirmed-measles-case-n1000751
Last edited: May 1, 2019

Who or What is Freewinds PTS to ? 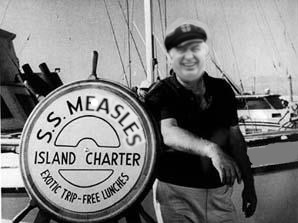 This NBC News story says the ship had been quarantined Monday Morning....so that would make it April, 29th. (if this is correct info...)


The fact that some large Cruise Ship Company has not been in the News about this....or that it hasn't made Social Media....does lend credence to this particular ship being the Free Winds...IMO


Derek said:
People who spent hundreds of thousands or millions of dollars to become gods among men end up with measles and quarantined on a ship filled with asbestos. This is probably the most Scientologist thing to ever happen.

This NewsWeek article states that the vessel was quarantined Tuesday....which would be April 30th....

Most articles about this, claim that information about the Measles on board came from 2 reliable sources....

What could those sources be? (if the Freewinds....)

This News Week article states that St. Lucia has not had a Measles case since 1990..... (good for them!)

Health officials in St. Lucia quarantined a cruise ship that appears to be operated by the Church of Scientology after confirming a female crew member has the measles.
The “Freewinds” cruise ship is currently docked on the Caribbean island, St. Lucia Coast Guard Sgt. Theodore Victor told CNBC. The Church of Scientology, which owns a ship called “Freewinds,” didn’t return requests for comment.

Saint Lucia health authorities quarantine quarantine vessel with confirmed case of measles
Health officials in St. Lucia have quarantined a cruise ship that appears to be operated by the Church of Scientology after confirming that one member of the crew had measles.
The cruise ship "Freewinds" is currently docked on the Caribbean Island, the Coast Guard Sgt of St. Lucia. Theodore Victor told CNBC. The Church of Scientology, which owns a vessel called "Freewinds", did not return requests for comments. 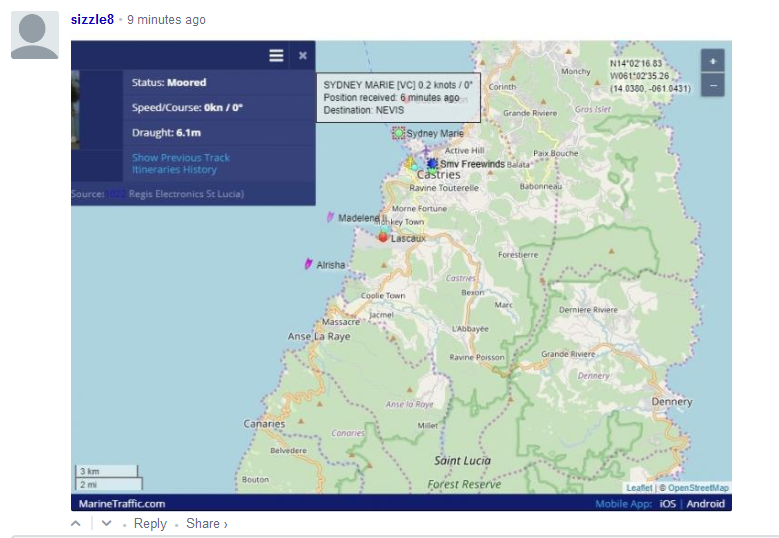 " The Dutch Caribbean, the ship’s last port of call before arriving in St. Lucia, alerted officials in St. Lucia that a lab test confirmed the female crew member had the measles" ( Willemstad )

This quote from this article, seems to tie it up. It is the Freewinds....because this was their last port of call.....

So....exactly what type of Crew Member....and what her Post was.....and where she worked on the ship would give some information on how affected the Freewinds is?

How did she get off the ship in Willemstad to go to a Doctor? Who ordered this be done? And from reports....it appears the Freewinds left Willemstad before the test results were known.

I wonder if this is some Cult / SO operation.... to get passengers to pay more money for their "extended stay" aboard the FreeWinds...

Stuck on the FreeWinds...? Hide your Credit Cards...!!

The reason the media are stumbling and bumbling on who or what is the name of the ship, is because FREEWINDS was an original IAS MONEY FUNNELING SHIP.

The MV Freewinds was designed to have a convoluted ownership and management structure. News organizations are having to look into San Donato Properties, etc. to confirm this is Scientology's vessel. The Church was just queried and said "no comment"

San Donato Properties and the subsequent smoke and mirrors to hide, obfuscate, confuse and bury.

Can you make head or tail of this >>>> LOLOLOL

[bcolor=#ffffff]San Donato Properties Corporation is a Panamanian Corporation and a subsidiary of Transcorp Services S.A. In turn, Transcorp Services S.A is owned by the Flag Ship Trust. Thus, it appears that the Flag Ship Trust conveyed ownership of the Freewinds to San Donato Properties Corporation in such a way that resulted in a $12,500,000 mortgage on the ship. This was simply moving a Scientology asset from one pocket to another in order to create a mortgage and a new owner. All of these offshore machinations created legal barriers behind which Scientology was shielded.[/bcolor]
​
Last edited: May 1, 2019

Isn't this about the point there the Freewinds calls a COM EV to determine the WHY and the WHO for the measles outbreak, and to "Put A Head On A Pike"?

Isn't someone due to be assigned lower conditions for the "crime" of "committing a problem" and "sabotaging mankind's only hope"?

Isn't this the time when "savage ethics gradients" are "slammed in" to "handle" the "Hill 10"?

Isn't there a sec check needed to find the "High Crimes" and "Suppressive Acts" that allowed Sea Org members' "MEST Meat Bodies" to be made ill and thus "collapse" the stats?

And ultimately, wasn't getting sick with measles exactly the "contagion of aberration" that Dr. Hubbard warned us all about. Didn't the DB who "pulled in" the measles intentionally act against and "squirrel" published LRH policies and scripture and tech by "allowing oneself to go PTS without reporting and/or handling it"?

Scientology: It all comes down to this. On your first day in Scientology they r-factor you that "man is basically good". On your last day you are declared to be an "SP" that tech did not work on------because you are "basically evil". Ergo, if you fell ill with measles, you did it intentionally because you fear big beings going free of the MEST trap, on this slave planet and in this sector. Ron would never have gotten sick. He NEVER got sick, in fact. His body was perfectly healthy when he killed it. That's what OTs do.

From what I've read...(CDC = Center For Disease Control) a Quarantine for Measles would last 21 days.....

Stuck on the Freewinds for 21 days!!

Some Big Scientology Celeb Anti-Vaccination are on this list.....

Leland said:
I wonder if this is some Cult / SO operation.... to get passengers to pay more money for their "extended stay" aboard the FreeWinds...

They can't leave, but new people are not allowed to arrive either. That's going to crash some stats.

Leland said:
I wonder if this is some Cult / SO operation.... to get passengers to pay more money for their "extended stay" aboard the FreeWinds...

I did a remote viewing session just now on the Freewinds during a mandatory briefing for all public.

It was found that measles was an invention earlier on the whole track by the Psych's designed to suppress beings. Senior C/S International is doing a research project designed to produce a rundown that will end measles once and for all and IAS is collecting donations designed to pay for the research to get done.

Everyone must see one of the registrar's at the back of the room after the briefing to take care of this. And they will receive a commendation chit sent to their ethics folder for helping with this. Large S.O. members are blocking all the exits to ensure no one gets out without seeing a reg.

Well.....the infected Female Sea Org Crew Member onboard the Freewinds....better start packing her bags...and think about what she wants to do for the rest of her life......because, she is TOAST!

WoW.....can't imagine the Cult turmoil this is gonna create....all over the place!
You must log in or register to reply here.