I'm curious which of one his "The Young & The Restless" co-stars he approached to confess he had quit the church. Interesting that the soap opera had 3 Scilons working together on the show.

Wonder how much longer Fairman will be on the show?

He was in just about every tech movie!

my personal opinion, the church of scientology aka miscavige, they don't care. in his eyes, he's old, no use to them in hollywood, he's not a big wig, can't do any damage. he's just a cycle of action. no big deal to them. to them, it's what have you done for me lately and i guess, nothing, after all he's no tom cruise bringing in the big bucks. it's all status, they have no value for human life.

i personally like michael, i thinks he's the bees knees, a really great character actor. he can do it all, movies, plays and tv. where cruise is only good for movies, once he's out of the hollywood game, they'll throw him away too. just like everybody else.

COB and Tommy wanted Michael to be in their tech "movies" soooooo bad they pulled out all the stops.


TOMMY
Our Tech Films will free all beings with theta and eternity for all.
If you don't appear in our tech films we will fuck you up
with entheta and destroy your eternity. Deal?

MICHAEL
No thanks. Buhh-Byeeee.​
​
WHY COB/TOMMY'S STRATEGY DIDN'T WORK: Out tech.

WHAT SHOULD HAVE HAPPENED: Standard tech for resistive movie people. Horse's head in bed.

Panda Termint said:
Oh noes, they're going to have to re-shoot the Tech Films yet AGAIN!!!
Click to expand...

NEXT COB-COG: "From now on no Scientology films will use live actors. Someone call James Cameron and ask him how much he wants for that Avatar CGI shit!"

WOW!!! This is big news! FANTASTIC news! I also shared space with him in the confidential OTVII courserooms. Really great guy!

What surprises me is that Tommy Davis personally delivered his SP declare. I had thought that he would have blown by now. I guess he will be one of the last to leave the sinking ship.

Of course, I am surprised that his mother Ann Archer and his wife's parents (the Feshbachs) are still there.

Glad to hear that Michael Fairman has done his research and awakened!

This is fantastic news. Good for Michael!
This should be in he breaking news thread!

NCSP said:
Nobody's that silly, least of all me! I hope you weren't suggesting that I think DM is the sole locus of evil -- I'm well aware that it all goes back to Elron, who had plenty of bad vibes to spread around.

It just amazes me that the "Chief Spokesperson" evidently gets a list every day of "parishioners" that he himself has to go harrass and threaten and lie to. Day in, day out -- I try to imagine what his life must be like and I just can't. Not to mention what *he* must be like to be able to do that. <shudder>
Click to expand...

Agreed. Poor Tommy Davis is as much a victim of Scientology as anyone else. Possibly worse. He's lost his soul. As much as anyone can. Maybe he'll find it!!!

In the meantime, Martyworld and 'Indyland' recognize him as the 'who' along of course with David Miscavige. After all; we need a 'who' to explain why Scientology is such a puddle of weasel puke.

(PS; I was never particularly impressed with Scientology presentations, so, I may not recognize the artistry involved )

Great news... another bites the dust. Loved the tech film 'How the Emeter Works' watched it enough times Michael had a nice beingness.

How's it working for ya Tommy Davis?... and oh yeah can you give any spare change you have to my daughter, Fiona Peachey, so she can call me on those pay phones, I know she wants to come home, stop holding her prisoner ... ya dumb ass.
Z

Strangely enough, 'How the E-Meter Works' never made it to even after-school specials

Probably you have to be trained not to yawn...

Mr Swift posted this on OCMB and I had to share....

Free to shine said:
Mr Swift posted this on OCMB and I had to share....

Help when you can.

It's gonna be an easy battle from now on.

Happy Days said:
Great news... another bites the dust. Loved the tech film 'How the Emeter Works' watched it enough times Michael had a nice beingness.

How's it working for ya Tommy Davis?... and oh yeah can you give any spare change you have to my daughter, Fiona Peachey, so she can call me on those pay phones, I know she wants to come home, stop holding her prisoner ... ya dumb ass.
Click to expand...

Your Fiona is always in my heart and thoughts. Hopefully soon you'll have her back home where she belongs

This is such good news that another celebrity has left the "church". You don't hear much of any celebrities joining anymore.
I really like him as an actor. I am so glad to hear that he's now out. I just hope he gets all the way out.

Or himself playing every part. 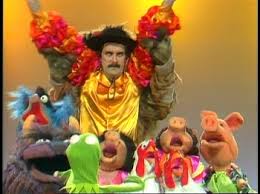 I find it amusing that all these scilons -apply- scientology's own tech and philosophy to explain why they're pissed off.. Heh.. I did it too, in my 'letter of resignation' back then.. (Hmm.. I'll translate that and post it some time.. It's lame and stupid.. Which is why I have neglected to do it.)


On Friday at my place of work, a television studio, I met a friend and co-worker, a Scientologist, who I have known for about 20 years. I assumed this friend, a woman, had already been made aware of my status in the Church. Seeing the look on my face, she asked what was wrong. I said I did not want to bring it up at work but she insisted.

Reluctantly I related that I had left the Church, and what had happened on Sunday and Tuesday. She seemed patient and interested and willing to listen, but the conversation was interrupted. Before we resumed a while later, I asked her to please stop me if and when she began to feel the slightest enturbulation. She said she could take it and would I go ahead.

I began speaking about the research which had brought me to my decision. When I drew the distinction between LRH and his technology, and the current management of the Church,which I have come to believe was corrupt, she instantly transformed into another person. I was now the “enemy” attacking her life and everything she believed in. The more I tried to explain why I had come to my conclusions, the more savage her attack became. She said I needed to stop and that I was “not there” and that every remark I was making was covertly hostile. Then she made a most bizarre statement — “You” (meaning me), she said, “now have an enemy at work”. It was said with such venom, I was stunned. She made another brief but equally bizarre series of comments about always being my friend and she left. The comment about work was handled immediately with the proper terminals.
Click to expand...

I'm guessing this has to be Michelle Stafford a Scio who is also on the TV Soap called The Young and the Restless, with
Michael Fairman.


Sounds like a good story to feed to the gossip pages.
http://www.truthaboutscientology.com/stats/by-name/m/michelle-stafford.html

My favorite line: "The comment about work was handled immediately with the proper terminals."

TG1 said:
My favorite line: "The comment about work was handled immediately with the proper terminals."

Well, we don't know that it was Michelle ( although it probably is her) but as Smurf previously pointed out, it could also be co-worker and scientologist Sharon Case
http://www.imdb.com/name/nm0143261/
You must log in or register to reply here.

Z
Did medical doctor discriminate against actor Michael Fairman because he left COS?

Z
The Fast and the Furious (Michael Fairman via Marty)
2

Michael Fairman's effective BLOW to the Co$ - regarding DISCONNECTION!

P
Once upon a time there was a man...who joined a cult.