The council voted 6-1 on June 2 against adding the property to the historic register after listening to hours of comment in two public hearings and reading dozens of emails on the topic.

The property owner is now asking the court to review that decision. Social Betterment Properties International, a company acting as a real estate arm of the Church of Scientology, filed a petition for judicial review in Frederick County Circuit Court on Wednesday.

Narconon, a substance abuse rehabilitation center associated with the Church of Scientology, wants to open at Trout Run. The county's zoning laws don't allow for this use, but Narconon would have been given an exception for a group home if the property was placed on the historic register.

The majority of the council members said when voting last month that they were not convinced that the property, a 40-acre camp in the Catoctin Mountains, met the criteria for a historic property.

Narconon believes the property met the requirements needed to be placed on the register, said Bruce Dean, an attorney representing the property owner.
"There is no evidence that it did not," Dean said.

Weaseling their way into the community... while the cult appeals the denial of their application for a historic registry designation.

The staff of the new Baltimore Life Improvement Center were in Mullinix Park in Frederick, Maryland yesterday to distribute literature from the Scientology front group Foundation for a Drug-Free World.

AnonyMary said:
Thanks for getting this. Some members of the community in Frederick MD where this was held, actually spoke with them... not knowing it was Scientology based!

I posted about your article and photo over at their No Narconon at Trout Run Facebook group, alerting them to this and asking if anyone had the name of the guy with the mustache. He looked very familiar to me and some others.
https://www.facebook.com/groups/NoNarcononTroutRun/permalink/595746113901556/

Turns out he's Patrick "Pat" Rockhill, 'Ambassador' for the Foundation for a Drug Free World and that he was one of the people who spoke in favor at one of the public hearings of approving Trout Run's application for a historic designation, needed to get a group home variance to put the proposed 'Ideal Narconon there. ... The Trout Run Narconon issue is discussed here on ESMB and in other threads

Jill Long, a member of the community there as well as a member of the No Narconon at Trout Run FB group, had written the name on a list of speakers of the April 21st hearing and the name was confirmed by a business card Rockhill gave out at the Mullinix Park event, above. Here is Jill's original post of Ap 23: https://www.facebook.com/groups/NoNarcononTroutRun/permalink/553941031415398/

Here is the video that Rockhill and others, for and against, spoke at....
http://frederick.granicus.com/MediaPlayer.php?view_id=5&clip_id=4822

Rockhill is a scientologist. I recall Rockhill from the 80s in Los Angeles, at Celebrity Center.

He also registered the website for the Baltimore Improvement center. Anons from WhyWeProtest.net forum helped dig that up last year.
https://whyweprotest.net/threads/new-front-in-baltimore.121160/

Thanks for bringing this to our attention!
Click to expand...

Notice: a number of people, all who wrote to the council by email for and against Narconon Trout Run, received an email from the county stating for the following:

NOTICE TO THOSE INTERESTED PERSONS NAMED BELOW (see attached PDF):

RE: In the matter of Application for Designation of Trout Run/Richey Lodge

This is to give you notice, pursuant to Rule 7-202(d)(3) of the Maryland Rules of Procedure, that a Petition for Judicial Review has been filed in the Circuit Court for Frederick County on July 1, 2015, from the decision of the Frederick County Council in the matter of Trout Run/Richey Lodge.

This case has been designated Civil Action No. C-15-1859 in the Circuit Court for Frederick County. Any party wishing to oppose the Petition must file a response within 30 days after the date of this notice unless the Circuit Court shortens or extends the time.

I will be filing mine tomorrow

AnonyMary said:
Weaseling their way into the community... while the cult appeals the denial of their application for a historic registry designation.
Click to expand...

The guy in the dark baseball cap sitting at the table too looks familiar - dunno from where.

scooter said:
The guy in the dark baseball cap sitting at the table too looks familiar - dunno from where.
Click to expand...

No name for him and the others at this point but people are asking around. I will post whatever is found out.
I suspect they are either affiliated with the fairly new Baltimore Life Improvement Center or they are WISE members recruited by Sterling Management into Scientology. There is a bit of that happening down there. Several in the photo look like professionals who are just volunteering at the table. We have an interesting document for you today. It’s the response from Frederick County, Maryland, to Scientology’s appeal of a zoning decision that is preventing its drug rehab network, Narconon, from building a boutique rehab center with 20 beds in a fishing camp known as Trout Run.

Quick recap: We’ve been reporting that Scientology leader David Miscavige has responded to Narconon’s ongoing legal problems by relaunching the network, which includes opening up a new set of smaller rehab centers that seem to be more about public relations than about solving the scourge of illegal drug use. He’s rapidly opened a number of new centers in places like Mexico, Denmark, and California. But Miscavige has been stopped in other locations where local residents have fought back in zoning fights — in Australia, Canada, and in Maryland.

The Maryland situation is particularly odd. Trout Run is an old fishing camp that stood in for Camp David for some scenes in The West Wing. It’s not zoned for a rehab center. But Scientology learned that if Trout Run could be designated as a historic place by Frederick County, a drug rehab “group home” would then be allowed to operate on it. So Scientology bought the parcel through one of its subsidiaries — Social Betterment Properties International (SBPI) — and then set out to convince the officials of Frederick County that its fish camp was a gem of historic significance.

County Attorney Mathias did a very good job here, leaving all the rhetoric, accusations and poorly written Memorandum of Law filed by Social Betterment Properties in support of it's appeal, for the Court to respond to. Can't wait for the January hearing and written decision by the Court.

Your Coccyx • 9 hours ago

...And that's why the court should dismiss this stupid case,
XOXO, The Council

Follow the matter here:
at Reaching For The Tipping Point Forum
Narconon Trout Run in Maryland ( marketed as in DC but no where near DC)
http://forum.reachingforthetippingpoint.net/index.php/topic,12793.0.html

or on Facebook:
No Narconon At Trout Run
https://www.facebook.com/groups/NoNarcononTroutRun/

Thanks for the comment from the Bunker, it just slayed me.

I read the whole thing. It was ridiculous.

THEY brought up Narconon's relationship to COS. The Counsel hadn't even asked, wasn't interested.

THEY brought in 'experts' who made lots of broad conclusions, but seemed to be lacking in actual factual data.

THEY brought in out-of-state people to fill up the room and attempt to intimidate. As if that would actually be more convincing.

Then even if they had a leg to stand on with the 'historical' thing, they'd never addressed the issues of water useage, landscaping, building, etc. and had not even addressed why the area needed to be listed as historical for their purchase, in other words, there was no loan required for renovations based on it being a historical property, so they were not stopped in any way from renovating the properties by its actual listing. Clearly the only reason they wanted it listed as 'historical' was to get around zoning. And getting around zoning STILL would not make it approved as a drug rehab center for other, practical reasons.

Yes, it's quite funny to see the county's response, especially after one reads the absurd and ill written Memorandum Social Betterment Properties International filed that the County is responding to!

Trout Run: Petition for Judicial Review Part 1
( SBPI Rant: Discrimination being one of the numerous claims being made )
https://www.scribd.com/doc/28702144...w-Part-1?secret_password=mjoV2djGMmwL8L1GgeTs

Trout Run: Petition for Judicial Review, Part 2
( Copy of the Frederick County Historic Preservation being referenced to in Part 1)
https://www.scribd.com/doc/28702371...w-Part-2?secret_password=hesy94P0s3WIS3ysjIYG 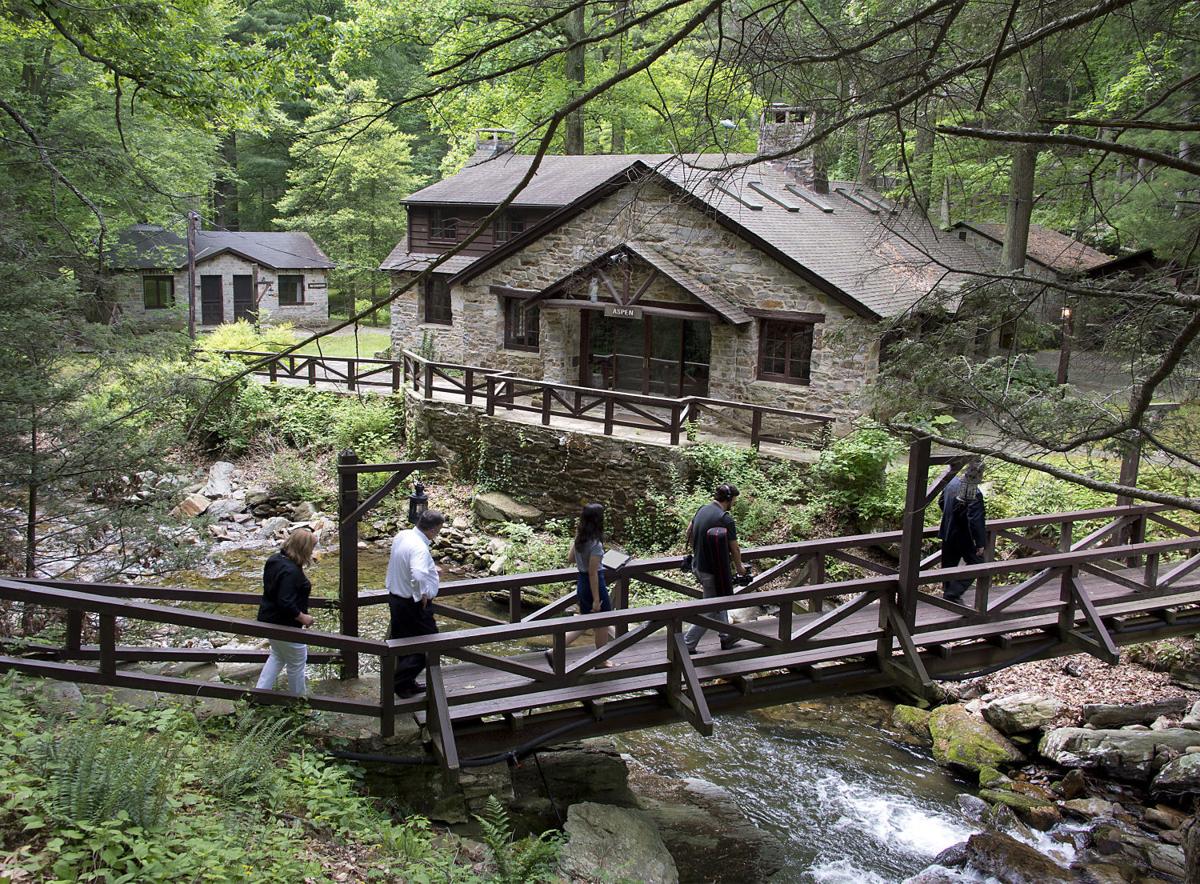 A company affiliated with the Church of Scientology put its plans for a substance abuse treatment center on Catoctin Mountain at risk when it bought property that was not already zoned to allow that use, Frederick County will argue at an upcoming court hearing.

The county filed a memorandum in Frederick County Circuit Court last week defending the County Council’s June 2 decision not to list the property on the county’s Register of Historic Places, a zoning loophole that would have allowed a Narconon treatment center to operate there.

The petition for judicial review of the council’s decision was filed July 1 by Social Betterment Properties International, a company acting as a real estate arm of the Church of Scientology.

The case is scheduled to go before a judge on Jan. 4.

Please take one minute to vote NO in poll