NEW Squeeze My Cans shows about Scientology coming in 2017 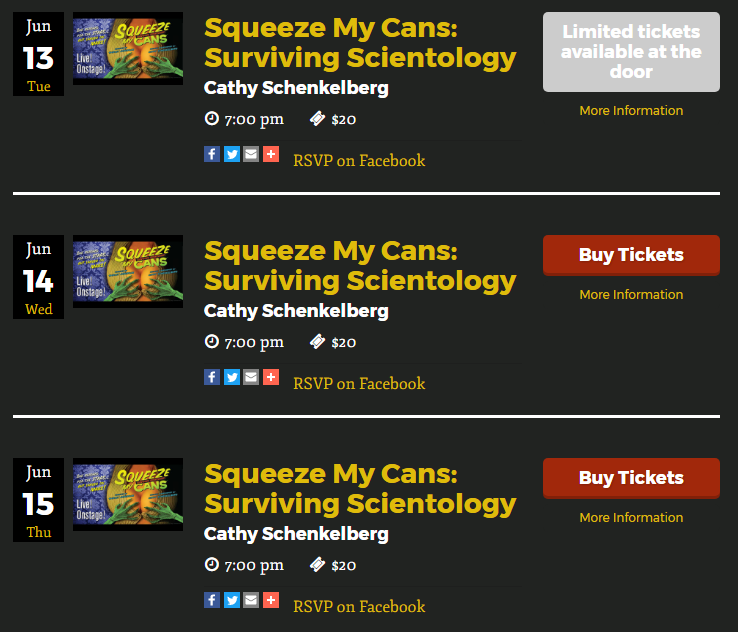 This show is more than just an audition to be Tom Cruise’s girlfriend. It is a trip down a volcanic rabbit hole, however the carrot labeled “spiritual freedom” eerily transformed into an a bit of an alien concept. “I’m lucky to be here and healthy.” Her introduction to the cult was innocent enough. “Many of the people who went as far as I did in the Church, lost everything: family, friends, homes, bank accounts, identities and their actual lives.”

The Church of $cientology had actress Cathy Schenkelberg for 14 years of her young, adult life. It took another 5 years for her to escape in the face of harassing phone calls, midnight knocks on her door by “outreach” staffers, an expensive custody battle and social rejection.

In her original solo show Squeeze My Cans, Cathy shares a glimpse behind the velvet curtain of this strangely hilarious and unbelievably horrifying story of loss, isolation, manipulation and the relentless power of survival through persistance and humor.

The graduate of Roncalli Catholic High School is returning home to Omaha this week to perform her touring 75-minute one-woman show, “Squeeze My Cans: Surviving Scientology.”

The “cans” title is partly a reference to the church’s E-meters. Adherents grip two cylinders that look like tin cans and are said to act as a kind of lie detector that is used in what the church calls “auditing.”

Yes, the title is also an edgy double-meaning. The show’s poster is a drawing of female cleavage and a low-cut dress — Schenkelberg’s jab at Scientology.

Roncalli spokeswoman Maureen Irish said the school is happy to welcome Cathy back and is pleased she will donate $10 of each ticket price to the school.

Attendees must be at least 18, Irish said, and the provocative poster was deemed inappropriate for a Catholic school.

PODCAST: Chris Crimy [@MiamiSixthMan] of Come Get Sum Scientology Truth [@CGS _Extra] talks with Cathy Schenkelberg regarding her one woman show @SqueezeMyCans about Scientology AND has a special message for Marty Rathbun

* * * * * BEGIN INTRODUCTION * * * * *
Nearly a year after my first interview with Cathy Schenkelberg, she returns to update us on the evolution of Squeeze My Cans heading into a special benefit and a tour stop in Edinburgh!!

Did she really add a musical element? Do people devalue one's pain over another based on experiences? Did Cathy ever get the Alien Sperm she needs for her new show?!

Find out the answers to these questions and more on Come Get Sum Extra!!!

Also, Ex Top Scientologist turned Critic turned Critic of something he invented called the "Anti Scientology Cult" turned David Miscavige Puppet Marty Rathbun has been shredding his former friends with lies and hateful indifference to their various horrific experiences in a series of boring cringe worthy videos. For the first time ever and without a net nor any personal knowledge of the man, I'll let my feelings on this fly uncensored with a special message for Marty!

Why am I of all people mad at this stranger? What message could I possibly have for him? and How far will I go? Will I stoop as low as Scientology hate speech? Will I name call and give them ammo?

Thanks for letting us know 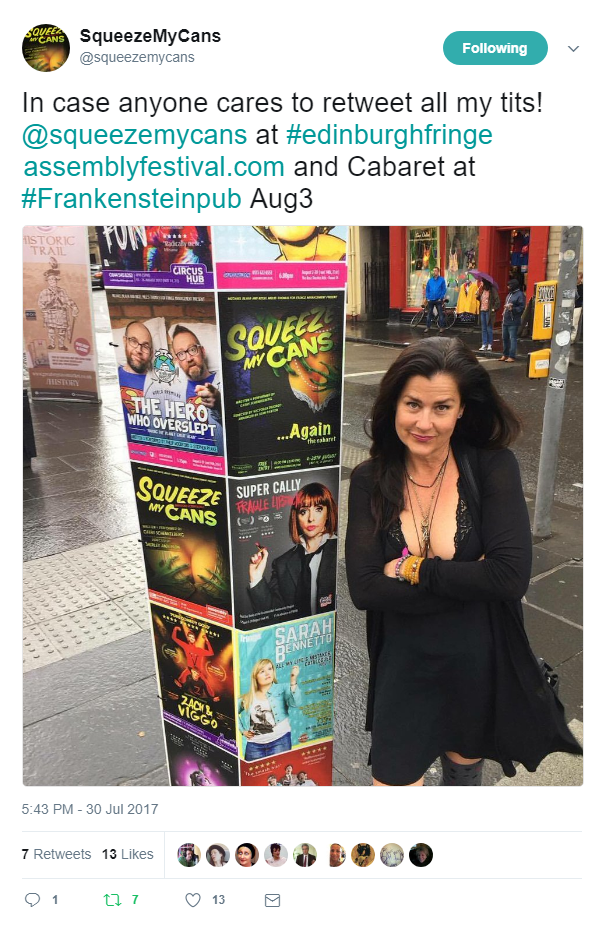