BIG ANNOUNCEMENT: Woo-hoo! Just nailed this down and can start to get the word out. On Tuesday, December 6, "Inside Scientology" author Janet Reitman will appear at the Center for Inquiry West here in NYC, where she'll be interviewed onstage by YOURS TRULY. Oh, the enturbulation is going to be off the charts! Mark your calendars, Scientology watchers.
Click to expand...

Lots of stuff going on in New York!

Here's word of another event for Sat, Nov 19th! 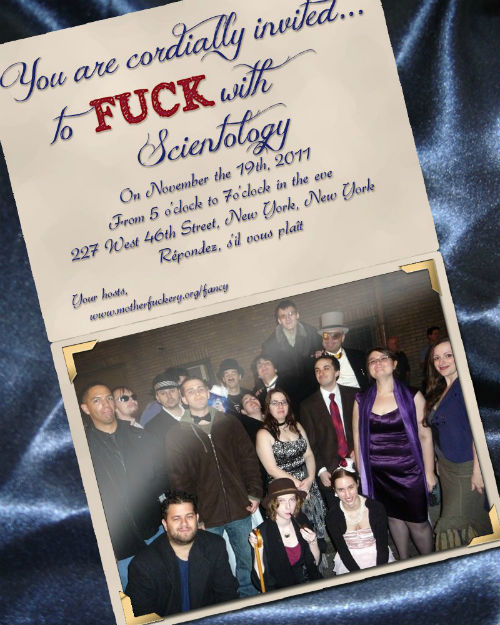 For more than half a century, Scientology has been America's most controversial religious movement, known for its appeal to celebrities, its requirement that believers pay as much as hundreds of thousands of dollars for salvation, and its storied history of harassing journalists and others through litigation and intimidation. It has been called a "cult" and even a "mafia" by its critics, yet to Scientologists it is "the fastest growing religion in the world." But exactly what is Scientology? And what accounts for its remarkable staying power?

The Center for Inquiry in New York City will attempt to shed light on these questions by hosting Janet Reitman, author of the new book Inside Scientology: The Story of America's Most Secretive Religion. Based on Reitman's five years of research, unprecedented access to Church officials, confidential documents, and extensive interviews with current and former Scientologists, Inside Scientology is the first full journalistic history of Scientology, and represents an evenhanded and gripping account that at last establishes the truth about the controversial religion.

Reitman will discuss her book in an extended interview with Tony Ortega, editor in chief of The Village Voice. Their conversation will be followed by a Q&A, book signing, and reception with wine and light fare.

Admission for the general public is $5 at the door; paid members and students free. RSVPs are appreciated; please email [masked].

This event is part of our Voices of Reason lecture series that features leading thinkers on ethics, science, and religion.

Janet Reitman was a finalist for a National Magazine Award in 2007 for her Rolling Stone story "Inside Scientology," from which her book grew. She is a contributing editor at Rolling Stone. Her work has appeared in GQ, Men’s Journal, the Los Angeles Times Sunday Magazine, and the Washington Post, among other publications. She holds a master’s degree in journalism from Columbia University.

Tony Ortega has been editor in chief of The Village Voice since March 2007. Prior to that, he worked for Village Voice Media newspapers in Phoenix, Los Angeles, Kansas City, and South Florida. Originally from Los Angeles, he started with the company at the Phoenix New Times in 1995 and was named Arizona's Journalist of the Year in 1996 for his work exposing corruption in Sheriff Joe Arpaio's Maricopa County offices.
Click to expand...

R
You must log in or register to reply here.