freethinker said:
Has the board rule about respecting other posters been removed?
Click to expand...

It's all about "free speech" now.

If you've got something defamatory to write about another, or wish to gaslight the forum members, post character assassinations, Fair Game someone, DOX someone, and tell blatant lies to support your crusade, now is your chance! Hurry up though as you've got less than 5 days remaining.

You'll probably get some pushback from some other members, but just keep as your stable datum the wisdom of LRH who advised “Don't ever defend. Always attack.”, and you'll be just fine.

Chiana from Farscape always had the ability to give me a h.... 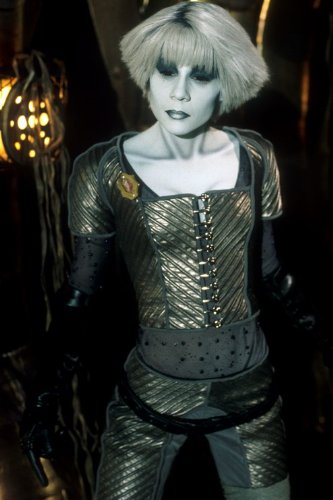 She had a greenish tinge about her and there's nothing wrong with that. She's just perfect IMO. Beautiful, (I mean just check those cheekbones) skinny, tits not too big, mmm ...

Envy- Sociopath/narcissist/psychopaths all experience a level of envy toward their targets that is lethal.
Whatever the sociopath sees in you that she/he knows they cannot be, want to be, or with something that she/he views that you have “won” in some way, envy can appear as rage in the smear campaign. The sociopath starts rumors and spreads lies to ruin your good reputation because they are jealous of your status and their reputation is usually pretty bad.
Sometimes this envy is obvious and sometimes it is not obvious. But when it is, the sociopath in your life will leave you no doubt as to what that envy might be.
The sociopath will often accuse you of being jealous of them, stalking them. They do this because they are actually the jealous and they are probably staling you.
Remember what the sociopath accuses you of IS USUALLY WHAT THEY ARE DOING TO YOU.

There is at least something we can almost all agree with:

Freddy Mercury was one of the greatest ( the greatest IMO)
(I didn't like he dressed as a woman though...but he was a Brit...)
Don't DOXX lotus please!

However there has been some great demos of him he never released on albums. Here is my favorite. Listen to it, beautiful.

strativarius said:
Chiana from Farscape always had the ability to give me a h....

She had a greenish tinge about her and there's nothing wrong with that. She's just perfect IMO. Beautiful (I mean just check those cheekbones), skinny, tits not too big, mmm ...

This was from way back in the day when I actually used to watch that type of shit.
Click to expand...

I loved her too, but ..er..perhaps not in the same way.
It would have been nice to see her character appear in another sci-fi franchise.

You guys always have a soft spot for mystic women, those cold , out of reach.

lotus said:
You guys always have a soft spot for mystic women, those cold , out of reach.

If you think they're out of reach you've lost before you start. If you don't, well, you never know ...

Cyclops Duck of the North - BEWARE

lotus said:
You guys always have a soft spot for mystic women, those cold , out of reach.

My soft spot is for an intelligent woman. I didn't know that for the longest time. That was not an easy longest time. Now nearing the fall/winter of my life I finally got that one right, and life is soooooooo much better! The Fabulous Freak Brothers comic books were created by an artist friend of mine named
Gilbert Shelton. He also designed several of the large psychedelic posters for the legendary
Austin Texas club, The Vulcan Gas Company. Gilbert lives in Paris these days.

The three brothers' characters are believed by many to be inspired by real-life hippies who
orbited in circles around the Vulcan Gas Company.

Fat Freddy is believed to be modeled after Charlie Pritchard, the lead guitarist of Conqueroo,
an Austin band that -- along with Shiva's Headband -- were essentially the Vulcan's two house
bands.

Freewheelin' Franklin is said to be modeled after Joe Brown.

https://en.wikipedia.org/wiki/The_Fabulous_Furry_Freak_Brothers
You must log in or register to reply here.

O
Charlie Earl (OSA Invest) has a chat with Anon