And of course, Tony will end this here and now! http://tonyortega.org/2013/11/18/ex...ill-jada-smiths-shuttered-scientology-school/

Here's another story that's up for the time being:
http://www.inquisitr.com/1034412/inside-will-and-jada-smiths-scientology-school-fired-principal-tells-all


Dean Blair said:
What if you are white and demand a black auditor?
Click to expand...

Or if you're male and demand a female auditor, but only if she's smoking hot?


Enthetan said:
Or if you're male and demand a female auditor, but only if she's smoking hot?
Click to expand...

Not much media on this story. It appears that the Smiths are directing legal threats towards those covering the story.

Here's something though from Showbiz411.com
Report: Will Smith’s Business Partner Warned Him About Scientology Interfering with Career

Here's an excerpt of that story:

Leave it to Tony Ortega. The intrepid investigator of all things Scientology has gotten an exclusive first interview ever with Jacqueline Olivier. She was the original headmistress of Will Smith and Jada Pinkett Smith’s private school, the New Village Leadership Academy in Calabasas, California. Olivier was fired after the school’s first year and replaced with a Scientologist who was only too happy to teach the kids L. Ron Hubbard’s Study Tech curriculum.

The school, which closed in June, was all about Scientology. Olivier tells Ortega: “I started finding out that everyone was a Scientologist, and what they were really up to.
Click to expand...

Type4_PTS said:
Here's another story that's up for the time being:
http://www.inquisitr.com/1034412/inside-will-and-jada-smiths-scientology-school-fired-principal-tells-all

The school is Defunct,

as will soon be

the Cult of Scientology

Personally, I'm f*cking glad and relieved this story is out at all. NO ONE wants to believe me when I try to explain that Will Smith is SUCH a Scientologist he started a school for it. Thank you, Ms. Olivier for sharing your story!
S

If anyone out there is in touch with Tony can they suggest he puts this story out in Spanish?

Reason being there has never been any doubt IN SPANISH that Woll Smoth and his family were devoted to the cult and to Study Tech.

Will and his brats were the poster family for the CoS campaign to Clear Santa Dominica as long ago as 2008. In Spanish, with photo.

The Dominicans and the rest of Hispanic Americans ought to know that someone who knows all about it from the inside is telling the truth.

thewritegoddess said:
Personally, I'm f*cking glad and relieved this story is out at all. NO ONE wants to believe me when I try to explain that Will Smith is SUCH a Scientologist he started a school for it. Thank you, Ms. Olivier for sharing your story!
Click to expand...

Since some pressure is being put on the media to keep this story from coming out, we can help compensate for some of that by sharing the story on Tony's site widely using social media.

There's been a possible spotting of the Smith family in Clearwater.

Originally posted (and I presume created) by ShoopZ over at the Bunker: 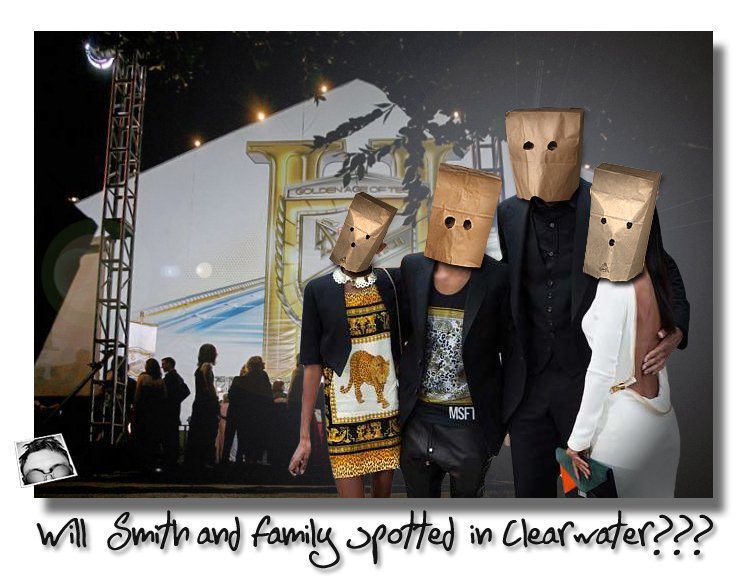 Type4_PTS said:
Since some pressure is being put on the media to keep this story from coming out, we can help compensate for some of that by sharing the story on Tony's site widely using social media.

I Facebooked the Radar article as soon as it appeared; most peeps I know wouldn't know/trust Tony Ortega's blog. Most peeps I know are ignorant of Scientology... heh, someone who works with Nancy Cartwright liked and shared it.

Will and Jada Pinkett Smith’s school a Scientology front: Principal

Superstar couple Will Smith and Jada Pinkett Smith’s $1.2 million school was a front for the controversial Church of Scientology, the school’s former principal is claiming.

At the time of the 2008 opening of the New Village Academy, in Calabasas, Calif., the duo denied they had any connection to Scientology.

“There are just very powerful educational concepts that we believe in, and we feel like we want to design the system that revolutionizes public education,” Smith said, according to RadarOnline.com.

But now, the school’s first principal, Jacqueline Olivier is telling Scientology expert Tony Ortega the claims are a sham and that New Village is “100 per cent” Scientology-driven. Worse, the edict was issued by the Smiths and the curriculum was a flop.

“I started finding out … what they were really up to,” Olivier told Radar, adding that at first the Smiths said the school was “an opportunity to found a school. They were going to spend a lot of money. It was going to be secular, and it would use best educational practices. [But] calling it secular was a sham.”
Click to expand...

Type4_PTS said:
Since some pressure is being put on the media to keep this story from coming out, we can help compensate for some of that by sharing the story on Tony's site widely using social media.

They thing that is most helpful besides sharing Tony's story is to also comment on other stories about it and share their media links, too. Too many exes are relying on Facebook comments, which are not indexed on the internet. Direct comments and LIKES on media site articles are an excellent way to let the publisher know you are interested in such stories. Your comments get indexed in the search engines on toip of that. Like posting here, this will also add to what exists about Scientology on the internet for people to read for years to come.

Yea, TMZ took that article down.

Canada.com also reported on it
http://www.canada.com/entertainment...school+fronted+Scientology/9185265/story.html

The Province.com ( a Canada.com publication) also writes about it!

Comments like this sort of piss me off. They seem hip and progressive and fair, but they aren't. (And on some level I feel that Scientology is completely full of shit, so what does it matter whether the auditor is black or white anyway).

Still, we still live in a world where there is a great deal of inequality to women, to blacks, to gays - and there is still traumas that go on every day based on being in those groups. You don't have to demand a white auditor if you're white, because in Scientology with it being 99.99999% white, demanding one would be redundant. This also makes me wonder, as an aside, with Shelley Miscavige missing in action - who is the most powerful woman in Scientology right now? Seems like L. Ron Hubbard didn't really come up with a futuristic idea about addressing inequality.

The fact that they had to comb the earth to find 1 black auditor at that level for Smith says a lot about Scientology in general. My thoughts are that they might have requested this to bring attention to the fact that there are so few black Scientologists, and if anyone has the power to challenge that it would be Smith.

There is also the issue that if you are going to talk about dealing with racism in your auditing sessions (just like a woman who has been sexually abused might prefer a female auditor - not because a man can't listen but because another woman may understand what that experience is like, or what it means to be "sexualized" in the culture in a way that men usually aren't) that might make someone want an auditor of color, someone who appreciates that experience.

Until things are equal or more balanced, or until those issues don't continue to haunt those of us in those groups, I don't think it is outrageous to make this request. If you are in the "dominant" culture, I think you'll be all right.
Last edited: Nov 20, 2013

CCInt used to have a black auditor when I was there. His name is/was Terrence Hines. I have recently seen him in commercials and sometimes in movies, not as an extra, but not with a major role.

I just checked him out on IMDB and I see he is doing and looking GREAT!!!! Congratulations, Terrence!

Roger Friedman published a story earlier today about the school:

Exclusive: Will Smith’s Private School, Now Closed, Was $307K in the Red

Exclusive: According to its federal non profit tax filing for 2012, Will Smith’s private school had to closen down last June. New Village Academy, which taught Scientology curriculum and was run by a Scientologist, finished 2012 some $307,000 in the red.

New Viilafe Leadership Academy was started by “After Earth” star Will Smith and his wife Jada Pinkett Smith in 2008 in Calabasas, California. The school met with immediate criticism as it featured Scientology curriculum. Within a year the headmaster was fired when she wouldn’t go along with the Smiths’ plans. A new headmistress, Franca Campopiano, a Scientologist replaced her.

Of course Jada Smith was a Scientologist, says principal who ran her Scientology school

Will Smith Private Quasi-Scientology School is Shut Down

Will Smith-Backed School That Used Scientology Materials Closes Its Doors

Will Smith Invested $1.2 Mil Into School with Scientology Ties