As was suggested by Gottabrain I will give some background on myself and the genesis that brought me to being a critic of scientology.

First of all I am not an ex, I was never in the "church" or dabbled in scientology nor did I ever even take so much as a personality or stress test.

I've always had a strong leaning towards the sciences my whole life. I'm not an atheist, I would probably be best described as an agnostic. Not that I believe any of what the world's religions state in their scriptures (but I certainly respect those that at least on some level are based love and morals that benefit all equally). From how I interpret our present understanding of the universe (or multiverse foam as M theory seems to purport) I cannot see how it came into existence from sterile symmetric perfection with only some causality of randomness, as the path of least resistance would seemingly tend to keep it in sterile symmetric perfection.

As for my journey to scientology critic that took around twenty five years from my first minor exposure to full blown critic. After I left the military around thirty years ago I was given a copy of dianetics by a friend who was given the book by someone they knew but never read it. I got through maybe 60 pages before I couldn't take anymore of the disjointed gobbledygook I was reading. I never liked L ron's sci-fi (I had read a lot of sci-fi writers, i.e Asimov, Bradbury) as it seemed to me amateurish compared to his contemporaries. Even though I didn't like Hubbard's writing I didn't know anything of scientology and just figured it some Hollywood fad cult and moved on.

The catalyst that started me wondering what's up with this kooky cult didn't happen till 2005 when Tom Cruise had chastised Brooke Shields for taking depression medication, used Oprah's couch as a trampoline, and when he the high school graduate told Matt Lauer he was glib. That's when I started to look around on the internet about scientology. In that time of my searching and reading South Park had put on the "Trapped in the closet" episode and a few months later Tom Cruise had threatened Viacom that he would not promote MI:3 over South Park replaying that episode. That he was against free speech totally obliterated what little respect I had left for him.

Tom Cruise's actions over that year had shown him to be seemingly fascist & nutty in nature but what I was reading about scientology seemed to explain why he had that attitude. It horrified me to see all that scientology had gotten away with and that the governments of the world seem to have a short attention span as to what scientology really is about. So most governments so far have only minimally curbed it and for the most part let it function how those in control of it want.

I've been a critic now for 6 years and I've created over 400 anti-scientology pics & animations that to me represent the truth of (with as much joking & degrading added as I can think of) scientology & its derivatives.

One of my very early ones:

I am happy to be here and have enjoyed reading this board for a while.

P.S. Thank you for the welcome Emma & GottaBrain! 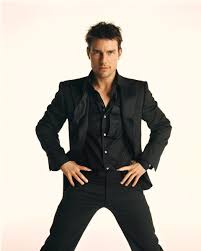 Welcome aboard - would love to have a rummage through your image collection, is it online?

The power of the internet.

Welcme to the board, RWT!

I always enjoyed your animations.

Hey, welcome! I saw one of your pictures on another thread and thought WOW COOL WHO DID THAT??!! It was very original, funny and damn creative. This one...

Please sir, I would like another one of those!

Welcome RWT - one of Co$ worst enemy. (Without them knowing it). From back in the 2000-2007 days when there werent many forums around, RWT made animations and humor on OCMB that made us laugh at Co$. Alot of us with no ties to CO$ found alot of the technical and inside information stuff boring, but when RWT or somebody else made a funny animation or picture, it dragged you back into the forum, very simular to what Anonymous and WWP does (the 4chan generation). Out of boredom (aka TLDR) you go away, you return because of RWTs humor/shock pictures and videos.

Hi rtw, welcome to the Holy Church of WTF and her wonderful offspring ESMB.

Welcome RWT!
Thanks for your years of work!! I'm sure it's done more good than you know and been encouraging to those who were "in."
And thanks for the teaser!
Moar! ....would be lovely!
L

Wow! that is some quality work, madmentalking

Nice Win against the PI

LOL, gotta give the cult some credit for footbullets.

Thank you for your warm welcome every one!


Infinite, certainly here is my photobucket:

Schwimmel & Kookaburra it is good to see you here!

HelluvaHoax, As long as Marty continues to act the way he has been in trying to sweep the truth about Hubbard under the rug I will be inspired to make more pic and/or animations of him.


P.S. I certainly enjoy your posts (amongst many others posters here too)
---

julenissen222, I agree that funny animations and pics can certainly help draw more people to read more into something they should know about.
---

Lohan2008, creating that video (basically a slide show) was easy because the person who that p.i. was watching and had taken the pictures of and wrote the commentary did a great job. As I read his post and looked at the pictures just after it happened I could hear in my mind the Hal Roach "Little Rascals" music and imagined the title card I made for the opening to mimic those old movie shorts of the '30s & '40s with scientology as the butt of the joke.

Once again everyone thank you for the warm welcome I've certainly enjoyed reading your posts for some time.

You are and have been for a long time, one of my favorite Anons!

Love and so appreciate your work and efforts!

Love your work too! Welcome!

Sekh
You must log in or register to reply here.