Regarding Carl Barney and Scientology

I recently posted a tribute to Carl Barney by Richard Minns and the Ayn Rand Center Israel, which honored Carl for his enormous, decades-long contributions to the advancement of Objectivism, free minds, free markets, and capitalism.
Shortly after I published that tribute, someone posted a link to it along with an attack on Carl, smearing him for having been involved in Scientology many years ago. The post essentially said that Carl is immoral for having been involved in the cult, and that he should not be praised but condemned.
That attack is absurd and unjust.

He first heard about Scientology sixty years ago, when he was a teenager. This was in the organization’s early years, and its appeal to him was that it offered a system of ideas for self-improvement and business success. He got involved because he thought Scientology was a system of ideas for good living. Not only is there nothing wrong with this motive. It’s a good motive. That’s exactly what a young person (and every person) should want in life. And Carl found certain aspects of Scientology helpful in this regard. So he embraced and used those aspects in an effort to make a good life for himself, and encouraged others to do so.

Over time, the leaders of the movement began steering Scientology less in the direction of ideas and tools for good living and more in the direction of mysticism and collectivism. Carl rejected this development, and he and others who wanted to focus on personal growth and business success clashed with the leaders. In time, these success-focused rebels either left or were kicked out of Scientology (as Carl was) for not toeing the line and conforming to the cult.

Carl Barney got interested in Scientology as a teenager. When he came to see that it was harmful, he rejected it. He then discovered Objectivism, lived by its principles for decades, and still does. With his success, he funds the advancement of Objectivism so that others can learn about the philosophy and use it to live rich and meaningful lives as well. Far from being cause for condemnation, this is cause for admiration and praise.

They fail to mention how entrenched and involved he was. He was an opinion leader for many in the field for some years, and sent the church a ton of “tithes” from all his missions

He was a crook from the start. Google “Scientology Coordinated Services” valley Mission isn’t mentioned in the newsletter, that came later, but the scam Nationwide Acceptance Corp loans given out at the reg, to anyone who they wanted a stat from, were real and caused much financial hardship for the many under qualified recipients. After Barney was booted out, OSA took over trying to enforce repayments of the balanced owed because of the flaps it caused with Nationwide

Described well in this article. Cheryl Sola’s write up referenced is an important historical read of what Barney was doing.
http://ariwatch.com/WhoIsCarlBarney.htm

AnonyMary said:
Described well in this article. Cheryl Sola’s write up referenced is an important historical read of what Barney was doing.
Click to expand...

Wow, that's some serious dirt, especially about CB and the whole LA mission scene.
Many of organizational relationships and business swerves are above my pay grade,
but some parts were sorta interesting in a gossipy kinda way. There was some serious
financial shenanigans going on back then in Sci. Or so the claims. Ugh.

ILove2Lurk said:
Wow, that's some serious dirt, especially about CB and the whole LA mission scene.
Many of organizational relationships and business swerves are above my pay grade,
but it some parts were sorta interesting in a gossipy kinda way. There was some serious
financial shenanigans going on back then in Sci. Or so the claims. Ugh.
I only skimmed the (tl:dr) articles . . . . need to go take a shower now.
Click to expand... 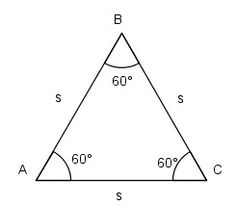 AnonyMary said:
Described well in this article. Cheryl Sola’s write up referenced is an important historical read of what Barney was doing.
http://ariwatch.com/WhoIsCarlBarney.htm
Click to expand...

Good article as far as exposing the depth of Barney's "dabbling" in scn, but would have been better if the writer knew a bit more about scn, or had some ex-scngst fact-check the article for her. She calls OT "Operator [sic] Thetan" (though perhaps appropriate here, unintentionally) and admits she doesn't know what "blinkless TR's" are.

Oh yes, I remember the LRH triangle: Lie, Regale and Hound. It's more of a scale of action than a triangle, though.
N

The article leading this thread, “Regarding Carl Barney and Scientology,” is taken apart at
Barney Tells His Story
N

Is RogerB the “Roger Boswarva” who made the comment on the "Regarding Carl Barney and Scientology" -- the fourth one five days ago?
Disqus proves that it is, unless Disqus has been spoofed.
N

The article this thread began with now has a second part. The new part doesn’t have its own link, you have to go to the same webpage then scroll down to “Part Two”:

Regarding Carl Barney and Scientology

Anyone know what level OT he was?

If no one knows, the fact that Barney owned missions from the late 1960s to 1979 might help find out. Were Mission owners during that time probably OT or required to be OT?

PirateAndBum said:
To be a CL VII means you were OT III or above
Click to expand...

Yep . . . confidential OTIII materials are part of the Class VIII course.
You must log in or register to reply here.

C
Is Hubbard a Subjectivist or Objectivist?

What kept me in Scientology and what got me out