Ron: There is a Heaven and it's an Implant Station

Well, I have been to heaven.

And I've found that Scientologists have been to Heaven.

And that everybody has evidently been to Heaven.

The Goals Problem Mass implants, which are the apparent basic source of aberration and heaven travail, which began with the goal To Forget, were cynically done in "Heaven".

For a long while, some people have been cross with me for my lack of co-operation in believing in a Christian Heaven, God and Christ. I have never said I didn't disbelieve in a Big Thetan, but there was a certain something very corny about Heaven et al. Now I have to apologize. There was a Heaven. Not too unlike, in a cruel betrayal, the heaven of the Assassins in the 12th Century who, like everybody else, dramatized the whole track implants - if a bit more so.

Yes, I've been to Heaven. And so have you. And you have the pattern of it's implants in the HCO Bulletin Line Plots. It was complete with gates, angels and plaster saints - and electronic implantation equipment. So there was a Heaven after all - which is why you are on this planet and were condemned never to be free again - until Scientology.

Before you went to Heaven you were not really very bad or very good, but you didn't think you had lived only once, and you had a good memory and knew who you were and enjoyed life. Afterwards - The symbol of the crucified Christ is very apt indeed. It's
the symbol of a thetan betrayed.

Completely nuts, even by Hubbard standards!

To list the crazy in this one little bit is a task. Well, time traveling thetan Ron went 4 quadrillion years back to take a lookie at "incident one". The problem with that claim is that science believes the universe to be between 13 and 14 billion years old. And the rest of the policy is insane.

Oh, we went back to Heaven after the first visit. On his second visit, a trillion years later, he says that he found changes in heaven.

"The place is shabby. The vegetation is gone. The pillars are scruffy. The saints have vanished. So have the angels. A sign on one side (the left as you enter) says "this is Heaven." The right has a sign "Hell" with an arrow and inside the grounds one can see excavations like archaeological diggings with terraces that lead to "Hell." Plain wire fencing encloses the place ... "

Maybe he was really having a vision about Ideal Orgs?

Five goals in all may be common to both sequences. The first 3 of the 5 are the same.

There are no implants, but dates rocket read. Implanting was done on a non-visible thetan, but arrival was in a ship in a doll body according to the meter.

Star of Bethlehem, Pearly Gates, The Way out of the Universe, all of which RR
on the meter, give a clue to recruitment actions.

There was no purpose in giving a particular thetan a particular goal. Planning had no individualization. A preclear's overts should be scouted as to why these
implants keyed in, Fac 1, hypnotism, etc. But doubtful if any preclear did this type of implanting.

The mood is set that thetans are evil, treacherous and bad, but this is all part of the implant, not factual. The earliest point of the series is not known at this
writing but possibly contains a recruitment through advertising. The departure method from the series is not fully known yet but probably just abandonment.

The implants were not done in a box or in some trick manner of projection. The scenery is actually there, common Mest Universe space and matter and in Mest Universe.

Words can't convey hubbard's own mindfuck. But maybe someone else here can try.
It's beyond crazy. He was really out there.
I lol'd reading the OP. Thanks for the laughs, the best medicine there is.

The place is so full of lies by implant that the preclear becomes quite confused and this review of the actual date is necessary to a successful navigation.

However, it is very easy to read more treachery into it than there is in
it - which is enough.

However, as the place existed so long it was in a varying state of repair and some change. (This data on time is subject to review). But in 1,2 Trillion years only some of the implant pattern and mock up had shifted. However, there
may have been other stations. Only time and research will
really tell that.

One must date the preclear's first (earliest) goal to forget, find how many times the preclear went through it, or some such implant station, date the other times and be careful to run only the first of the series. As this is basic, as in prepchecking, Sec checking and old engram running, it tends to case up the remainder of the implants.

But running the implants later than basic is very much harder on the pc even though it can be done.

Wherever one misses an RI in an implant, that repeating RI when found in a later one tends to be very much more heavily charged.

Re-running any implant that has only been partially run tends to rough up the whole implant and make it hard to run.

I love reading this stuff! The kimono was a nice touch. But what are "wrappers"?

I couldn't get more than a paragraph into the OP before I had to stop reading.

I was laughing so hard tears blurred my vision.

Dave B. said:
I love reading this stuff! The kimono was a nice touch. But what are "wrappers"?

The boarding house at the actual beginning has a dummy guest and a landlady in kimono and wrappers, reading a newspaper.
Click to expand...

Anonycat said:
I think a robe.
Click to expand...

Yeah, that's what I think he means, but a kimono is a robe too, right? That's what's confusing me. Are wrappers a thing the woman wraps around the kimono to keep it wrapped? A separate piece of cloth?

Dave B. said:
Yeah, that's what I think he means, but a kimono is a robe too, right? That's what's confusing me. Are wrappers a thing the woman wraps around the kimono to keep it wrapped? A separate piece of cloth?

I think you're correct. "Kimono Wrapper" is some lost lingo from days of moxie.

Dave B. said:
I love reading this stuff! The kimono was a nice touch. But what are "wrappers"?

A wrapper is a type of semi-fitted dress. Women would wear them in the mornings or evenings over their nightclothes or over their underpinnings. Having breakfast in one's wrapper is noted in period literature. These wrappers were often made of either old dresses or loud materials. Wrappers would also be worn, in more subdued fabrics, by some women when they were pregnant.

Wrappers have many similarities with a regular dress. They have jewel necklines and long sleeves. Piping is placed in the same areas. Many wrappers were constructed to be semi-fitted, usually the back was fitted as normal and the front would have adjustable fitting. Some wrappers would have no waist seam but be adjusted only by a belt. Wrappers often, but not always, had contrasting fabric along the center front panel.
Click to expand...

If you believe all of that, there's a bridge you need to buy...
O

Anonycat said:
To list the crazy in this one little bit is a task. Well, time traveling thetan Ron went 4 quadrillion years back to take a lookie at "incident one". The problem with that claim is that science believes the universe to be between 13 and 14 billion years old. And the rest of the policy is insane.
?
Click to expand...

Ron is always right Science must be wrong.:confused2:

He only went to 4 quadrillion years that particular day, but on July 17th of the same year, that was nothing.

Well, I have been to heaven.
Click to expand...


You're putting ESMB at risk by quoting entire issues. Knock it off.

Dave B. said:
Yeah, that's what I think he means, but a kimono is a robe too, right? That's what's confusing me. Are wrappers a thing the woman wraps around the kimono to keep it wrapped? A separate piece of cloth?

I shudder to imagine how tenderized your brain has to be to lap up Hubbard's puddles of spew at these levels, and actually give him money for his shit?

So, was the old fart a cross-dresser, or what ?

Dulloldfart said:
You're putting ESMB at risk by quoting entire issues. Knock it off. 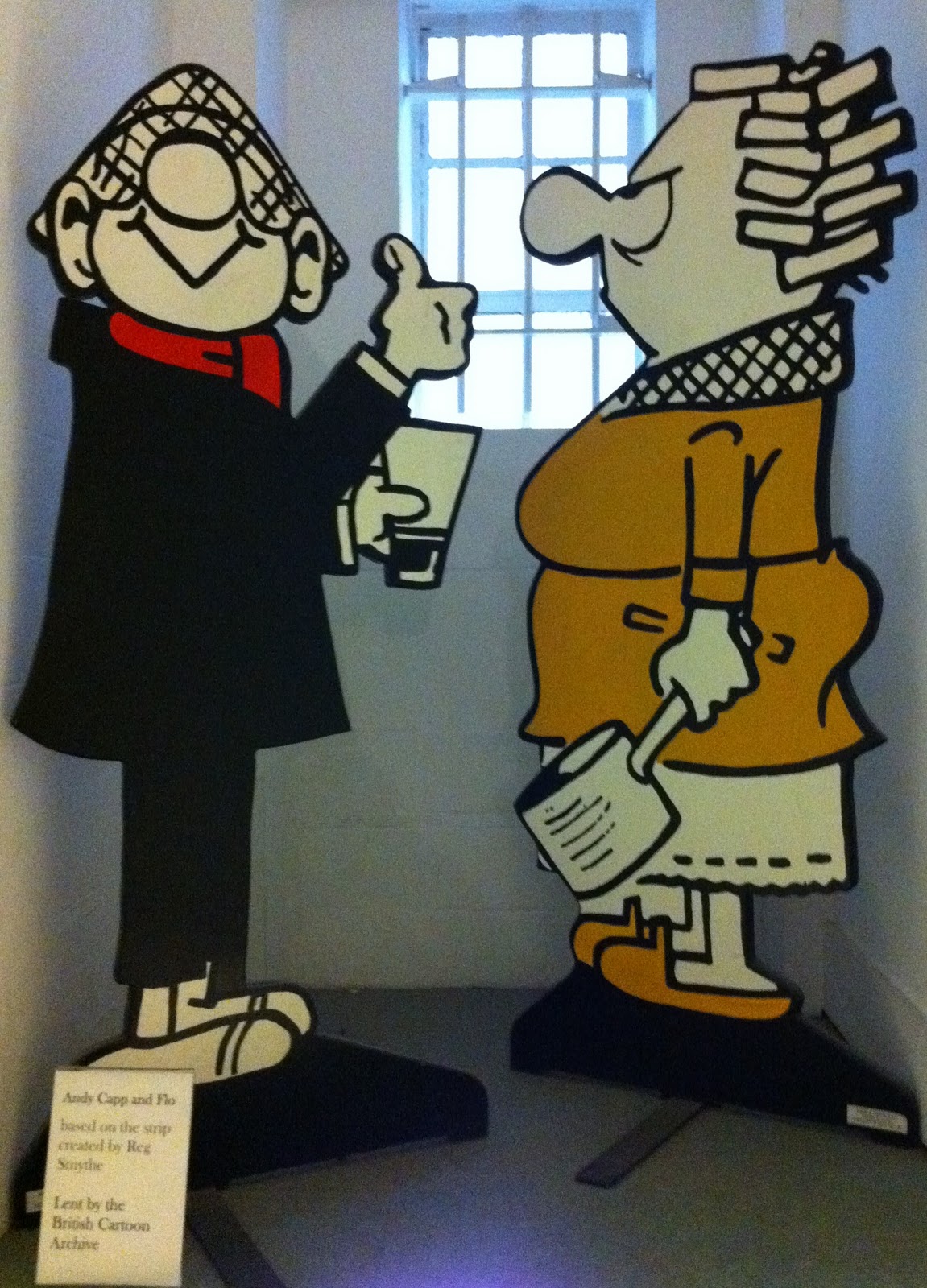 Women also used to wrap their curls in little pieces of cloth. They were comically depicted in 1930s films and usually had shrewish demeanors. It was a stereotype--like sticking a wart on witches' noses, or giving an Irish cop a barrel chest & beer belly.
You must log in or register to reply here.

R
The Mandate of Heaven

Ot III and beyond sources plagiarized from
23 24 25