Russian media are reporting this week that the Saint Petersburg org moved in early February from 21 Rozenstein Street to a former movie theater located at 15 Avtovskaya Street. The neighborhood is apprehensive to suddenly discover Scientology in its midst, close to apartment buildings, kindergartens, schools, and a subway station, where Scientologists have been handing out leaflets. Scientologists have even approached one school and proposed cooperation in organizing sports activities. Local residents are also complaining about plans to add five floors to the four-story building, supposedly for art galleries and exhibition halls. The building is owned by a company called "Kovcheg" ("ark").

A protest demonstration is scheduled to take place in front of the building on February 21.

As a result of the public outcry, Vitaly Milonov, a member of the Legislative Assembly of Saint Petersburg, has asked FSB director Alexander Bortnikov to look into the activities of the Church of Scientology in Saint Petersburg and in other regions of the Russian Federation.

The snapshot below shows a web page advertising rental space in the building to which the Saint Petersburg org has moved:

Thanks for the information. Glad there will be a protest! 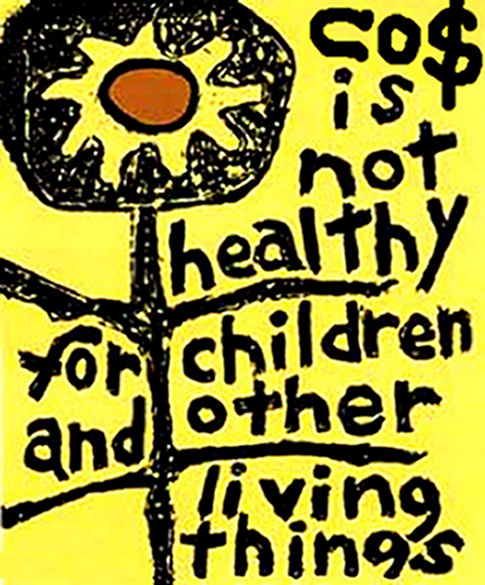 A member of the St. Petersburg Legislative Assembly, Vitaly Milonov, sent a letter to Federal Security Service Director Alexander Bortnikov requesting an in-depth inspection of the Church of Scientology in St. Petersburg and other Russian regions, the deputy’s press services reports.

According to the press statement, the request followed numerous inquiries from St. Petersburg residents concerned over the opening of the Scientology Church branch in St. Petersburg. The church followers are said to be aggressively promoting their pseudo-religious movement among the youth and students of nearby schools and universities. Milonov says that the Scientology Church “is a typical example of totalitarian cults that aim to brainwash people.”

“They have nothing to do with religion and the church,” he added.

The parliament member believes that the movement forces people to forget traditional Russian cultural and religious values, destroys their idea of their home country and replaces true morals with “a phony spiritual substitute.” He describes scientologists as “fanatics with a sterile consciousness,” who, he believes, lead all kinds of color revolutions.

Milonov claims that Scientology poses a threat to the state and Russian citizens and that this organization must be banned.

<more in the article>

February 21, 2015: Citizens protest against Church of Scientology in Saint Petersburg

Translation of a Russian article posted on Saturday, February 21, 2015 on baltinfo.ru:
http://www.baltinfo.ru/2015/02/21/Peterburzhtcy-vyshli-na-miting-protiv-saentologicheskoi-tcerkvi-479556

Citizens protest against Church of Scientology in Saint Petersburg

A protest against the Church of Scientology was held in Saint Petersburg's Kirovsky district on Saturday afternoon. About 50 persons gathered at the entrance to the religious organization, located at 15 Avtovskaya Street.

The protesters held signs that said: "Danger: cult"; "Scientology: cult of power and money"; "Let a Scientologist into your yard and your house is gone". The demonstration began at 3 p.m. and lasted one hour. The protesters were soon joined by local residents, mostly parents worried about their children, who are pupils at a school close to the controversial temple.

"Here in your midst is a building that is labeled as a church, but this is not a church. It's a Western satanistic cult that destroys the minds and souls of our people. History is littered with evidence that proves this organization's criminal activity. We must not let this problem escape our attention. We must join forces to win the fight against the Scientologists. Scientologists out of Russia, no to the cult!" declared Evgeny Vilner, president of Baltic Youth, a Saint Petersburg regional social organization.

Some protesters tried to enter the church building, but it was not open for them. A sign on the door said: "Entry only for members of this religious group." Standing behind a glass door, the Scientologists refused to admit the protesters.

A few minutes later, Marina Simanina, press secretary for the "Church of Scientology of the City of Saint Petersburg," came out on the street. She tried to answer the questions of protesters and even journalists, who asked to be allowed into the building to see what was happening inside. However, the request was denied on the grounds that the parishioners do not wish to be videoed.

"Our religious group is open to our parishioners and to all persons with good intentions. So if anyone wishes, these citizens may come separately and visit on Open House Day, and we will present our religious group. In the present circumstances, the parishioners refuse to be filmed, so we cannot allow anyone to enter," said Simanina.

To the question of why the protesters call the Church of Scientology a cult, the religious organization's spokesperson responded with generalities, emphasizing that this is all slander. "The Church of Scientology reaches all around the world. Scientology is present in 184 countries and has over 12 million followers. In Saint Petersburg, we've already been at work for more than thirty years. Everything else is lies and malicious actions by persons with vested interests," added Simanina.

After the protest, Evgeny Vilner said that this is far from the last demonstration and that similar events will be held as long as Scientologists are not outlawed throughout Russia.
Click to expand...

Re: Citizens protest against Church of Scientology in Saint Petersburg

Thanks for keeping us updated on this!

Brief video of the February 21, 2015 Saint Petersburg protest, showing protesters trying to enter the org, but facing a closed door with a sign that says "Entry only for members of this religious group."

Thank you for the news, mnql1, and for the translation as well.

How stubborn are Scientologists in Russia? Since the parliament already considers Scientology a cult and anarchistic, it's hard to imagine why they would move from one place because there was too much heat to another, even bigger place. Already there has been so much media in Russia warning others against it, that there really is nowhere in the country for COS to conduct business without public protests and media attention.

Please post pictures and vids as you can, as well as any media interviews. It's fascinating to watch the downfall of Scn in Russia and how Russia is handling it.
You must log in or register to reply here.

One more case opened against St. Petersburg Church of Scientology