San Antonio attorney Ray Jeffrey has been on a roll. He represented Debbie Cook when she was sued by the Church of Scientology and it’s our belief that the church ended up paying her to end the lawsuit it brought against her. Jeffrey then represented Paul Marrick and Greg Arnold, the two Scientology super-spies who followed one man for 24 years and then sued the church when it suddenly ended their jobs. That too ended up in a settlement — but not before some amazing and embarrassing information about the church was made public. And now, Ray Jeffrey is representing Monique Rathbun in the most bruising court battle we’ve seen in a long time. And while Jeffrey has held up under the pressure, we know that he’s been rocked by some personal difficulties.

His law partner, Dannette Mitchell, is fighting breast cancer, and she’s raising money for the next phase in that battle. There are more details at a web site that describes her ordeal. We thought you’d want to know about it.
Click to expand... 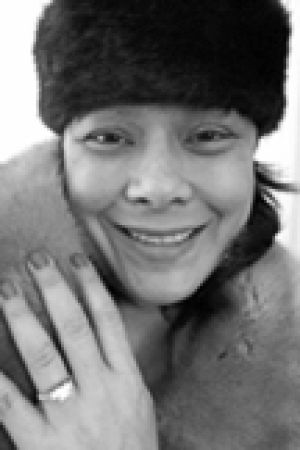 Dannette Mitchell-Fox aged 40 of Bulverde, TX passed peacefully away on July 30th 2014 at a local hospital after a brave 2 1/2 year battle with Breast Cancer.

Dannette was born on November 4th, 1973 in Orange, TX to Jimmie and Daeng Mitchell. Dannette graduated from Silsbee High School and went on to study law at both Lamar University and the University of Arkansas, graduating in May 2002.

After passing both the Arkansas and Texas State Bars at the first attempt, Dannette settled in San Antonio, TX as an associate attorney before moving to Bulverde in April of 2007, becoming partner in a local law firm in 2010. Dannette sadly had to retire from law in October of 2013 to commit full time to her all consuming battle with Breast Cancer.
Click to expand...

RIP, Dannelle. Thank you for all you did to help.

So sorry to hear of this. My heart goes out to her family and friends. It sounds like she will be very sadly missed.

This is very sad for her family and friends.

I must admit I'm a bit confused because I read in the newspaper a couple of weeks ago that women aren't dying of breast cancer anymore due to the new drugs, treatments, choices etc. nowdays.

smartone said:
This is very sad for her family and friends.

I must admit I'm a bit confused because I read in the newspaper a couple of weeks ago that women aren't dying of breast cancer anymore due to the new drugs, treatments, choices etc. nowdays.
Click to expand...

It's true that breast cancer isn't the automatic death sentence that it used to be because of the new treatments, but any newspaper that says no one is dying from it anymore is being very irresponsible with it's reporting. It's still a very nasty cancer to get. Plus, there's no guarantee as to how each person will respond to the treatment.

But for the most part huge advancements have been made over the past ten years.
F

There are different kinds of breast cancer. About 75% are hormone receptor positive and can be treated (often successfully) with targeted drugs to prevent recurrence. But the rest are not. And the aggressiveness varies a lot; it is more often more aggressive in younger women, unfortunately.


smartone said:
This is very sad for her family and friends.

I must admit I'm a bit confused because I read in the newspaper a couple of weeks ago that women aren't dying of breast cancer anymore due to the new drugs, treatments, choices etc. nowdays.
Click to expand...

Danette was a friend. She had multiple forms of breast cancer initially, I don't recall the names. She was resistant to chemo and had a very difficult time beating it the first time, one of the forms was one of the most difficult to treat. In the end she kicked it, cancer free. A number of months later she went in for a checkup and they discovered hoards of tumor throughout her body, multiplying uncontrollably. Highly resistant to chemo and other treatments. She got the best medical treatment from MD Anderson using her and Rays contacts to help. MD Anderson has been called the best cancer hospital in the world. She fought it until near the end, getting married, traveling to Paris, Mexico and who knows where else. I didn't get to meet her husband, an Englishman, paramedic I believe, but from what I saw, it was a beautiful and remarkable romance for its brief existence.
You must log in or register to reply here.

Battle with Church of Scientology not over
2

Scientology: Dear Judge, Protect Us from Rathbun and Rinder!