Scientologist on answering question of Critical Thinking in CoS

I found this on AllExperts.com and like this particular long time Scientologist response to Scientology questions.


Question
Hello Laurie, and thank you for answering these questions. I am
not a Scientologist, but have been fascinated by the material I've
read about Scientology and the Church, from the both the
perspective of Scientologists and that of outsiders. From what I
gather, Church members tend to be what I'd call
"fundamentalist"--I get the impression that both the Scientology
"technology" and L. Ron Hubbard personally are viewed and
always spoken of as virtually perfect, above criticism. This leads
to a couple of questions: First, is that a fair description of your view or
the view of most Scientologists? Second, is there permission
within Scientology for critical discussion about Scientology or
Hubbard? In other words, do some Scientologists argue, for
example, that some part of Hubbard's teaching are effective but
others are outmoded, or that Hubbard's goals were great but he
didn't always live up to them himself? Are such opinions
welcomed or encouraged within the church, or would a
Scientologist be labelled unloyal or somehow deficient for
expressing such thoughts? Thanks in advance for your reply.

On the whole, "fundamentalists," in my view, tend to be unable to think with the information of a given field. They hew strictly to a party line which may or may not be well-founded in the data itself. The great majority of Scientologists, I feel, could not be of this mindset or they (being unable to accept new ideas) could have never become Scientologists. When I see a "Scientologist" acting this way, the first thing I suspect is that they are defending a personal position, not Scientology itself. The writing on which they have decided to be a literalist is just what they have chosen to defend their position.

Ron himself praised Scientologists as "a bunch of rule-breakers" and not slaves to convention.

That said, there are five distinct subjects here, and each deserves (and gets, within Scientology) a different treatment.

Partly because most Scientology courses have "theory" aspects and "practical" aspects, the subjects of theoretical and technical Scientology can get mixed up. However, when we speak of "theory" in a training setting we are using that word to distinguish the reasoning or understanding side of subject matter from the doing or application side of the same subject matter. When we say "theoretical Scientology" we are talking of things Ron promulgated which may or may may not be true, but which serve to explain some things which ARE accepted as true and invariable. Ron invited Scientologists to discuss, debate, accept, disagree with, ponder on "theoretical" Scientology. A "fundamentalist" Scientologist would refuse to do this, but would instead insist on one single literal acceptance of something said by Ron when Ron, himself, might have characterized the utterance as a musing rather than a fundamental truth.

This fact, by the way, is characteristic of fundamentalists in general. On the whole, the last thing of which they have a full understanding is the actual fundamentals of their faith.

Then there's Ron. No one understood him entirely, and no one knows by what means he derived the truths we have discovered to be so powerful in our own lives. He declined to explain that. By the very Scientology definition of a perfect understanding, one would have to have been Ron to perfectly understand him. He did say he was a man as others are men. He really meant that. His own writings and lectures are rife with mentions of his own mistakes and misinterpretations or unsuccessfull stabs at things. Nonetheless, one absolutely cannot study his stuff and incorporate it into one's life without coming to repeated states of amazement and awe that he figured it all out, and that over and over and over he is proven right by one's own experience (in the first instance) and that when applying his principles to the prediction human and societal behavior, they are invariably accurate (in the second). This leads most Scientologists to a profound respect and admiration, even gratitude for what he indirectly wrought in their own lives. If you really, really admire someone, you are not going to take kindly to bitter criticism of them. Hence, Scientologists are usually unwelcoming of slams on someone whom they've personally elevated to a sort of hero status relative to themselves.

Ron would have been mortified to be worshipped. He would not have it. He freely accepted the gratitude of those who wanted to thank him, but more after the attitude of "OK, you're welcome - now let's keep busy..."

So that's Ron. An amazing guy by any measure to those familiar with him and his work, but a guy nontheless, and subject to human quirks and failings. However, in the big picture, his humanity is irrelevant to Scientology except as it helps explain why he understands US.

Now - as to the historical facts of his biography: Once again, he demonstrably had a bunch of fascinating experiences, did a wide range of things and did them well, crammed the accomplishments of about five lifetimes for most people into one, and probably saw things, did things, experienced things along the way which were just as well forgotten. By this I mean they did not contribute toward the main thrust of his life or what he was trying to learn and accomplish, and do not serve to illuminate what he left behind. In fact, I think if you were in possession of every single fact about every single event over every second of the man's life, you would still be at a loss to see how what he experienced or did outside of Scientology culminated in what exists within Scientology. For this reason, I consider his biography to be a matter of INTEREST but not a matter of IMPORTANCE. Anyone who seeks to place him in a position of worship or on the other hand to brand him a fake, a liar or worse will elevate his biography to extreme importance. I think this is a serious mistake, as it does not lead to understanding.

Next, we have the policies of Scientology - its organizational niceties. These were developed with the idea of creating an organization which could survive adversity, and enabling people to organize and succeed at basically any project, business or task. They should be applied with that in mind, used with judgment and discretion, and not followed with a slavish and idiotic literalness which is non-responsive to the situation in which one finds onesself.

Last, the technology of Scientology. If you are a Scientologist, you agree Ron had this right. If you do not agree with that, you are not a Scientologist. For all that it is spiritual in nature, and for all that we can seemingly only "view" the spirit through the mind (which makes it seem to have a "mental" aspect) it is nonetheless (we hold) grounded in universal and invariable truths and principles by which this universe exists and operates. Like physics or engineering principles, you ignore the technology and its foundations at your peril. If you wish to build a bridge or a car and wish it not to fail, you don't ignore, debate, invent or modify math and physics. You simply apply them. That is how we view the technology. That which is fact is not debatable fact. It is merely fact. NOW - one is expected to "believe" only what they have actually experienced in Scientology, but in order to experience that "abc" really does work, one must first actually do "abc." Not something else, not a variation or twist on it, not "abd," but just simply and exactly "abc."

I hope that (though wordy) is clear. A good fundamentalist could never be a good Scientologist, and vice-versa. By the same token, one agrees as a Scientologist not to mess with the form of the technical principles (or one does not agree to be a Scientolgist.)

Not bad for Bullshit and 'Acceptable Truth', but, she needs to wordclear 'Verbal Tech', 'Tech Degrade' and 'Keeping Scientology Working'.

She said she is a garden variety Scientologist. She's been a Scientologist with much experience for quite a while. I think that this person has no problem talking about it to others because she only gives her opinion.

Experience
I am a second generation Scientologist whose parents began in Dianetics in 1950 and studied directly with L. Ron Hubbard. I have been personally active in the church for 40 years, have eleven years former staff experience in both technical and administrative areas, and extensive technical and administative training and counseling. I am "clear" and "OT." I come from an extended family of many religions, but my spouse and children are Scientologists, as are my siblings and their spouses, several cousins, nieces, nephews, an aunt, and an uncle. Between us we have had every good and bad experience one might go through in the church at every level.

I lost count of the number of errors in that. It is standard PR handling. As Zinj says - bullshit. Doesn't matter how wordy it is, or how much of an 'expert' the writer is.

This was written by someone who 'believes', and then went about justifying their belief.
Last edited: Jun 9, 2008

"I hope that (though wordy) is clear. A good fundamentalist could never be a good Scientologist, and vice-versa. By the same token, one agrees as a Scientologist not to mess with the form of the technical principles (or one does not agree to be a Scientolgist.)"

Scientology lies, even when it tells the truth.
S

Why do I read this stuff? Why do I keep punishing myself like this? Did I really used to think like that?

Where's my "rescue and recovery from cults" book? I need a drink!

I suggest that we just crumble that cult up into a small ball of all sharp corners! - Then give the ball to Laurie Hamilton with a one way ticket for Northern Alaska!

I don't wanna hear any more arguing about the existence of BT's now! 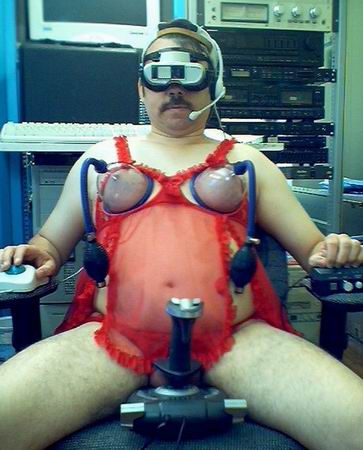 This is photograpic evidence of the Mars Implant Station. Now get ye'r ass moving and do ye'r A to E's!

(Reason for those irrelevant pics.. They came up in a fail search for a 'GAH! smilie' that I've seen Roan use. I wanted that at the top of this post..)

What Do You Think is The Best Scientology Criticism You've Ever Read?
2

An essay on KSW1 by " Unindoctrinate.