Tony Ortega: When a Scientology ‘body-router’ turns out to be the father you haven’t seen in 7 years 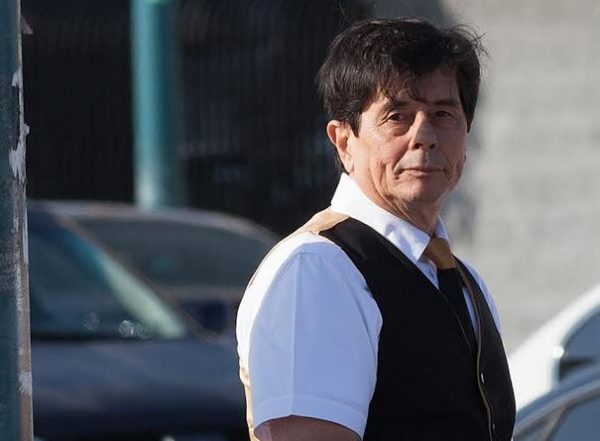 Well, we didn’t see this coming. On Sunday we published a set of professional-looking photos that were offered to us by one of our readers, who wished to remain anonymous. He had taken the photos outside of a metro station in Los Angeles, where a number of Scientology staff members were handing out literature.

Known in Scientology jargon as “body routers,” the staffers were trying to find passersby who might be convinced to come to the Los Angeles Ideal Org and view a Scientology movie or take a personality test. It’s one of the things that Scientology has always done, work sidewalks looking for the next set of raw recruits among the people walking by.

We liked the photos because they were so nicely shot and captured some interesting facial expressions. One man in particular had a face that spoke to us. Despite the dark shock of hair on his head, he looked older, especially next to the young staffer next to him. He seemed past the sell-date for a low-level staff member who might be out body routing. But he had an interesting face. Like the others, we wondered who he was.

And then, yesterday, we found out just who he was, and it came as something of a surprise.

His name is Irving Sorrentini, and he is the father of a former Scientologist we know quite well.

We’ve written numerous stories that featured Jamie Sorrentini Lugli, a luminously beautiful woman who lives in Los Angeles and works as an actress. Her father-in-law, Claudio Lugli, emailed us from Italy yesterday morning with the news that our tipster’s photograph had, in fact, captured Jamie’s father Irving. 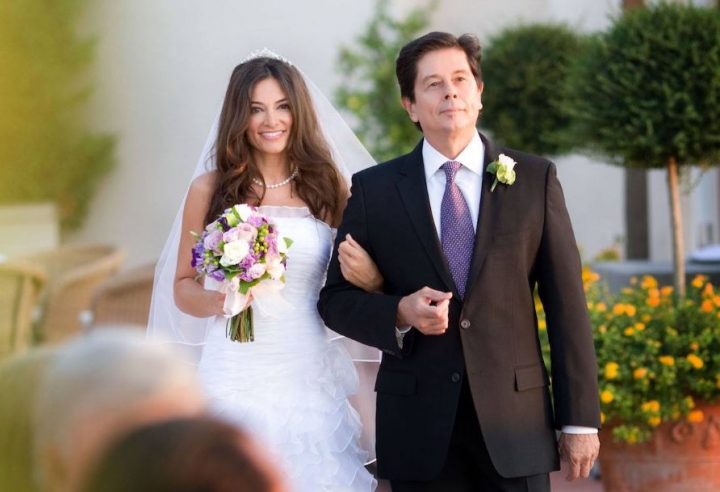 Jamie and her father in Italy for her 2009 wedding.

I hope everyone in the area will keep an eye out for him... and alert his daughter when seen. To have a grandchild and not have contact is a terrible thing, to turn your back on a child because a "church" demands it.. is heart breaking.

Many families have issues that end in broken relationships and hearts... but to have it demanded by an outsider/organization?

I hope he is found and can open his heart and mind to see how full his life can truly be.

No headstone I have ever seen has said "He turned his back on his family to save humanity".

What makes this so sad is this comment by the father: "You know I’m over here moving up the Bridge — I want to go all the way up the Bridge. And I don’t want to compromise that for any reason.”

He's willing to give up his daughter and granddaughter because he believes there is something worthwhile at the top of the Bridge. I sincerely hope he wakes up soon before it's too late.

Sad. A grandfather living in a delusion, choosing the cult over his family. Standing on the street desperately trying to convince people to come into the org despite the guarantee of the Old Quack that people should be flocking to the cult on their own. What a demeaning activity for a mature person.
You must log in or register to reply here.

Hanja Mrkos has left the Church of Scientology

Scientology spilling the secrets of the universe on an LA street!