Who is David Miscavige? He is the leader of the Scientology cult and organized crime syndicate. He is an asthmatic, narcissistic, unusually short, violent and abusive 48-year old high school drop-out and control freak who is said to enjoy daily enemas. According to his official Scientology biography, he also likes riding motorcycles, fishing, snorkeling and underwater photography.

The official story is that Miscavige is chairman of the board of "Religious Technology Center," a corporation that attempts at an almost fetishistic level of fanaticism to control the countless trademarked names and symbols held by the cult. Scientologists believe that Miscavige is the "ultimate ecclesiastical authority" in their cult, and they regard him with the glaze-eyed veneration one often sees in cult members.

To the "public" Scientologists, the 50,000 or so worldwide who are ordinary citizens with regular jobs and lives, who for whatever reason are pleased to consider themselves Scientologists, Miscavige is an assertive, articulate, semi-good-looking, guiding figure for their "religion," surrounded by fabulous celebrities, who is often seen speaking forcefully in gilded, velveteened Scientology auditoriums of massively overblown pomp and pageantry, a bit like a short American Mussolini with hair. Many Scientologists who are "on staff" or in the "Sea Org" know a different side of Miscavige, or perhaps just a different aspect of the same fascistic side. They know him as an arrogant, bombastic little monkey, to whom one must be excessively deferential or face the consequences; they know him as a vile, tantrum-throwing, micro-managing midget with a bad case of unwarranted self-importance; they know him as a criminal schemer of ways to extort millions of dollars not only from governments and tax authorities but even from the ordinary Scientologists, and have them like it; they know him as a vain little whinger who has fresh sushi delivered by fast motorcycle from his favorite spot in Santa Monica up to the cult's luxury "Gold Base" desert fortress 100 miles inland, and who thinks nothing of punching, slapping, or sending to the RPF any staff or Sea Org member who even looks at him from the wrong angle.

So how did this joker rise to the top of the Scilon shit-pile? David Miscavige was born in Pennsylvania, USA in 1960. His mother's name was Loretta. His father's name was "Ron." When little Davey was young his uneducated parents read "Dianetics" and became a couple of the early Scilons. Young Davey was constantly ill with hypochondria and sniffles, and instead of taking him to a psychiatrist as they should have done, the parents sent him to a 45-minute Dianetics session with a Scientology miracle worker. Amazingly, Davey was immediately and totally cured. With tear-brimming eyes the family soon packed up and moved to England, where L. Ron Hubbard was holding forth on various nonsensical topics. By 1972, when he was 12 years old, Davey officially had become a Scientology "auditor," which is what they call the person doing the interrogation when some poor ninny is sitting at the E-Meter. The family moved back to Pennsylvania, but Davey, now magnificent and domineering, could no longer tolerate the "wog" world, hung up as it was on such Marcabian nonsense as "logic," compassion," and "justice." With his parents' blessing, Davey ran off to join the Sea Org.

L. Ron Hubbard remembered Davey from his earlier stint in the UK, and personally invited him to join his "Commodore's Messenger Organization," a coterie of teenage acolytes who would run around and take care of every little thing for the "Commodore," as Hubbard styled himself. LRH quickly adopted Davey as his special assistant, and taught him all that he knew. Davey became fairly skilled with a movie camera.

But there was work to be done. Batshit insane cult leaders usually have an enormous tangle of legal problems, internecine squabbles, and other drama, and Hubbard was no exception. Things were getting a bit squirrely out there in the various "orgs," and Scientology needed a shake-up. Capitalizing on the cruelty and arrogance often found in boys of Davey's age, Hubbard placed him in charge of enforcing the thousands of arcane rules and quasi-naval regulations that he had dictated over the past twenty years. Davey jumped on this task like a mosquito to the vein.

The timing couldn't have been better. Eleven top Scientologists, including Hubbard's wife Mary Sue, were going to prison for their roles in "Operation Snow White," Scientology's infiltration and burglarizing of the Internal Revenue Service and other US Government agencies. Hubbard was frantically sailing the seven seas in his yacht, on the run from a 4-year prison sentence in France and a near-indictment in the Snow White case. There seemed to be a vacancy in the cult leadership department, at least as far as managing the day to day stuff was concerned, and Davey stepped into the breach. The first thing to do was to kick potential rivals out of the cult, or force them to quit. He even forced Mary Sue to quit, while she was sitting there in prison. Forming the "Religious Technology Center," Davey then turned Hubbard's neurotic copyright mania into a "religious" artifact, creating a highly profitable new income structure. All of Scientology's "missions" would enter new trademark usage contracts, which established new fees and stricter policies on the proper use of Scientology materials. Yes, even Scientology has to pay for using its own signs and symbols.

By the mid-1980s Miscavige was the junior god-king of the Scilons, a position made stronger because by this point L. Ron was too hammered on various kinds of booze and drugs to make it out of bed in the morning.

In 1986, Hubbard was hiding out at his Southern California ranch. One fine day, he died, hopped up out of his mind on the psychiatric medication Vistaril. David Miscavige and a couple of other top Scilons zoomed up there to prevent the Coroner from doing any more damage than he had already done, drawing a sample of LRH's dead blood and discerning the Vistaril. There would be no autopsy. The cremation will be tomorrow kthxbye. The next day the space shuttle Challenger exploded, and nobody really paid much attention to Hubbard's death.

Miscavige quickly took over as "ecclesiastic leader" of the cult, kicking out a guy called Pat Broeker whom Hubbard had intended for the role. And so the way was cleared for David's's cutthroat ambitions.

To his credit, Miscavige has an outstanding criminal intellect, able to concoct nasty schemes for attacking critics of the cult; manipulate government agencies into doing his will; convince several credulous governments and media organizations that a worldwide criminal racket was really a benign and helpful "religion," and transform Hubbard's crazy science fiction dream into a vicious but still completely ludicrous totalitarian nightmare. Expect racketeering, false imprisonment, and numerous other criminal charges to be filed soon.

= In 1983, former Scientologist Jesse Prince testified that Miscavige had ordered that various materials authored by L. Ron Hubbard be registered with the U.S. Copyright Office, though the materials in question might have fallen into the public domain.
= In a hilarious 1992 interview with Ted Koppel on the "Nightline" program, Miscavige asserted that the US Government wanted to send all insane Americans to the Alaskan wilderness.
= By the mid-1990s, Miscavige had made extensive changes to many of Hubbard's writings. Doing this is called "squirreling," and it is probably the worst "sin" in Scientology. He did this to make Scientology a bit more palatable to newcomers to the cult. Oddly, he did not change any of Hubbard's extremely offensive racist and homophobic statements in the texts.
= In early 2008, it was revealed by someone still inside Scientology that Miscavige is personally obsessed with reading every single article in which he is mentioned, seeing every YouTube, viewing every "shooped" illustration him. Miscavige will soon read this very article, if he has not already done so.
= In April 2008, Marc Headley, a former high-ranking member of the Church of Scientology, claimed in an interview that during his time with the organization, he had personally witnessed Miscavige physically abusing numerous members of his staff. Headley further claimed that Miscavige punched him in the face ten times during an argument in late 2004, which led to his departure from the cult the following year. Headley also accused Miscavige of orchestrating a cover-up regarding Scientology's culpable role in the death of Lisa McPherson in 1995.
= In August 2008, Jefferson Hawkins, a former senior marketing executive in the Church of Scientology, revealed that in 2002, Miscavige physically attacked and battered him at an executive meeting. On other occasions, Miscavige punched him in the gut and hit him repeatedly on the side of the head. Marc Headley witnessed a battery on Hawkins by Miscavige. 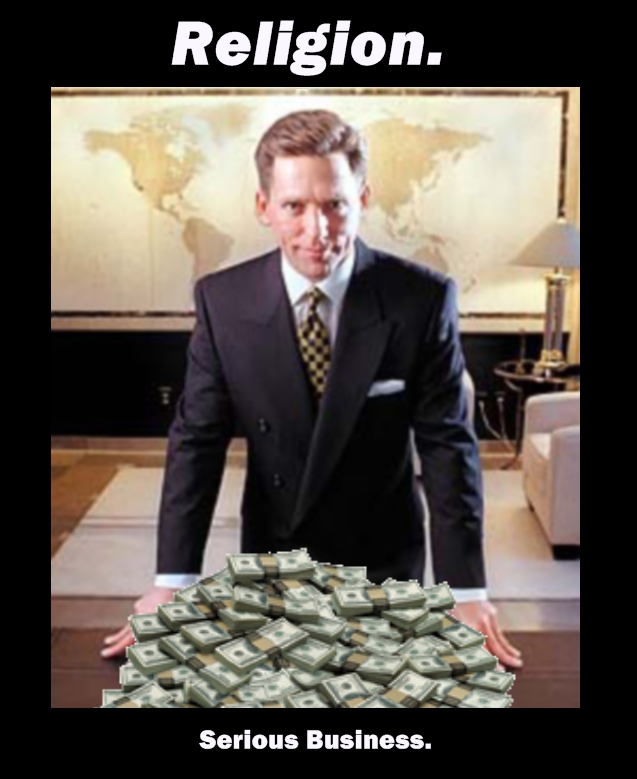 Ta very much.
I

Other fish to fry or what?

I love this article! (Thanks for sharing!!!), and since Davey-boy is obsessed with reading everything (and anything) about himself on the 'net, here's one for him:

Hey, Davey! You're short, you smell funny, and your Momma lied to you!

Sorry, Davey-Boy, no amount of bitch-slappin' the staff will change the facts, me boyo!

klidov said:
I love this article! (Thanks for sharing!!!), and since Davey-boy is obsessed with reading everything (and anything) about himself on the 'net, here's one for him:

Hey, Davey! You're short, you smell funny, and your Momma lied to you!

Sorry, Davey-Boy, no amount of bitch-slappin' the staff will change the facts, me boyo!
Click to expand...

Davey, you're so short you have to reach UP to get in the gutter!

Davey, you were so ugly at birth, the Doctor slapped your Mother!

Davey, you're so ugly, it looks like your face was on fire, and somebody put it out with an axe!

(thank you, thank you, I will be here all week! *bows)

Hummm? Tell me does David M. Remind you of this guy?

Very good article. There should be more like that in the mainstream media.
Smitty

YEAH! GREAT article!
You must log in or register to reply here.

The Sun Sneaks Into IAS Anniversary Event and Reports!
2 3 4

The Mystery of Shelly Miscavige: Missing since 2007