Miscavige had his attorneys in on Saturday churning out juvenile threats in emailed letter form to Debbie and her counsel. One in particular is of interest to all who donated to the defense. George Spencer Esq of San Antonio Texas has warned that Debbie must preserve documentation of the amounts donated to her defense fund along with the names of all donors. He threatens that he is going to compel the production of such and that he intends to collect damages from the fund – of course leaving Debbie defenseless. Apparently Spencer’s boss Miscavige is apoplectic over the fact that Debbie has managed to be represented by competent counsel. And since, as will be made clear below Spencer is now given to reading my blog, a word to you Mr. Spencer:

Your attempt to cut off Ray Jeffrey’s office from being paid the minimal amounts he has agreed to take on Ms. Cook’s defense for, while being paid sickening amounts of blood money yourself by the cult, can be characterized best by one word: UNETHICAL.

I wanted to let those who have donated through my blog know that your donations to date are safe from attachment since they have already been paid to counsel. Future donations will be similarly rapidly forwarded to their ultimate destination. Also, your identities are safe with me. I am committing right here and now to defy any order from any authority to produce the names of donors. I won’t do it irrespective of the consequences to me personally. That is worse case scenario as we can find absolutely zero legal basis for Miscavige/Spencer’s demand. But, in the interest of full disclosure, you all ought to know what Miscavige is up to with respect to the case you have so generously supported.

Oh yeah, Miscavige also has his San Antonio messenger boy threatening to collect damages from “anyone who conspired with defendants, or aids and abets them” (implying yours truly) for Debbie having the temerity to post a “Thank You” on this blog to all who donated, An Open Letter to My Friends by Debbie Cook. That is in addition to claiming damages for Debbie’s having given sworn testimony in court on 9 February 2012. That is right, they are in effect accusing the Judge of abetting tortious conduct in her court on that fine Thursday afternoon.

Miscavige, like his idol the Grand Ayatollah Sayyed Ruhollah Musavi Khomeini before him, apparently staunchly believes that his rule is Supreme to mere courts and distractions like the civil law and constitutional rights. Even when he is attempting to use those same courts to harass, intimidate and destroy those who have exposed his FELONIES to the light of day.

What is remarkable is that he is so out of touch with the 21st Century that he commits such views to writing, and that leading members of the Texas bar are so hard up for money that they’d forward such bizarre pronunciamentos.
Click to expand...

Miscavige’s legal minions are all over the parking lot. He issues orders on what is to be done and has the flying monkeys enforce compliance.

Just today in the Clearwater Courthouse, the church was once again arguing that courts have no jurisdiction over anything to do with the church, as it is all governed by “internal religious law” — and then two minutes later they try to convince the judge that he MUST enforce their “agreement” that sends any request for REPAYMENT of donations to “church arbitration” consisting of a panel of 3 Scientologists “in good standing with the church.”

Miscavige has Elliot Abelson hand deliver checks from CSI on his behalf (“from the Boss”) to make a payment from FSO (two corporations they maintain are completely separate) and then he is upset about Debbie getting donations from anonymous people for her defense.

This is truly the Keystone Kops in action. Knee-jerk just doesnt do this insanity justice. It is A=A=A involuntary verbal diarrhea straight from the Reactive Mind of David Miscavige, with a team of robots standing at the ready to enforce the nuttiness no matter how insane/out of touch/irrational it may be.

It really sucks to be Miscavige.
Click to expand...

SA: You got it exactly.

1. The church tells the judge the court has no jurisdiction or power over the matter in controversy, as it governed by religious law

2. The church then asks the court to use its power to force the other side to comply with religious law

3. The church claims the person would have been able to get their money back if they had followed the church’s procedures and submitted to the church’s religous laws, BUT they expelled the person and they are no longer part of their organization (you are no longer a Jew, but we are telling you you still cant eat pork).

Funny, this whole insanity of asking for donors could easily be reversed. Ray could ask the church for a list of church donators whose money has been spent to file and prosecute their case.
Click to expand...

OOOh, interesting comments hidden in there....

This is Daisys husband posting, I’m not registered on this site.
I just got off the phone with the riverside FBI and felt the need to post. After watching Debbie Cooks testimony in San Antonio about being held prisoner in the hole, I thought for sure action would finally be taken. After all this was sworn testimony in a court of law. but weeks go by and nothing. So I thought someone should do something and made the call.

I first spoke with the woman who answered and she was happy to take my info until I mentioned I was an ex member and quickly transferred me to a duty officer to get things started. he was a bit disappointed to find out I was only an ex and not an ex of Int base who could provide first hand accounts. He listened to what I had to say and was sympathetic but explained without first hand experience he couldn’t do anything. Dispute how he personally felt.

And if you can’t then use your influence to get those who can.
After all wouldn’t you want the same.

Wish it was so easy. Marty and I, as well as many others, have given eyewitness, first hand accounts to the FBI on numerous occasions. .

But they come up with excuses no matter who or what you are. They said my testimony was “too old”. We got them new witnesses, and they said it still wasnt enough. The fact is that they were bought off through lobbying/influence peddling in DC.

The only way they will do anything is if they are publicly embarrassed into acting. So it’s good that you reach out to them too. It’s appreciated.

Interesting. Davey wants to have his cake and eat it, too. The more the sun shines on these activities the better. Keep exposing! The church used to be able to bully and get away with murder unsure but the internet is the great leveler. Davey certainly is out of touch with reality.
Imagine wanted to punish Debbie that badly that he wants to find and punish her supporters as well. Who the hell does he think he is?
D

I just got on the news that Debbie Cook counter sued the Church of Scientology. I posted all of the links on my blog: 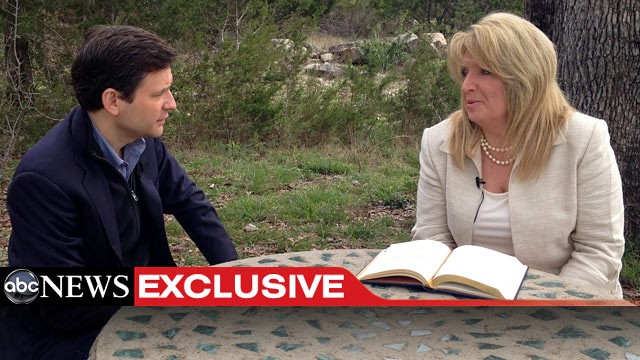 From my reading of the court documents, the church keeps asserting the fact that Debbie violated a non-disclosure agreement she signed in 2007.

The problem is that Debbie is stating that the non-disclosure agreement was signed under duress.

If she signed it under duress, how can the church lawyers say it is legal?

The church seems to be more worried about PR problems than anything else. Of course they are worried about keeping a lid on things because as we all know, ole Davy has alot to hide.

Misterfabian said:
From my reading of the court documents, the church keeps asserting the fact that Debbie violated a non-disclosure agreement she signed in 2007.

The problem is that Debbie is stating that the non-disclosure agreement was signed under duress.

If she signed it under duress, how can the church lawyers say it is legal?

The church seems to be more worried about PR problems than anything else. Of course they are worried about keeping a lid on things because as we all know, ole Davy has alot to hide.
Click to expand...


Having a lot to hide seems to be part of the role of Godfather of Scientology. How long was Hubbard on the run or in hiding from federal agents and the IRS for his criminal activities - before his death?
You must log in or register to reply here.