Does Tony Ortega ever sleep?

Scientology + Nation of Islam Charter School to be Exorcised from the Earth Forever and Ever
By Tony Ortega Thu., Mar. 8 2012


What we've learned from years of reporting on Scientology is that if you don't watch carefully, it will get its tentacles into your school district or worm its way into your local city council chambers or somehow use one of its "secular" front groups to fool some other group of chuckleheads who don't see it coming from a mile away. However, that's getting a bit tougher for the church as more and more people seem to be keeping a vigilant eye on its every move.

Take the Tampa Bay Times, for example. We already knew about Joe Childs and Tom Tobin, the formidable duo who really ought to win some big prizes for their latest blockbuster series, "The Money Machine." But who knew the paper was nursing another great talent like this Drew Harwell fellow?

Harwell comes along and not only exposes a frightening bit of mold growing under a rock -- the surreptitious takeover of a Florida charter school by the unholy alliance of a Scientology front group and members of the Nation of Islam -- and in a little more than a week, his thorough expose has resulted in local school officials moving rapidly to close the abomination down.

Results! This is the advantage that sizable daily newspapers have over scribblers in their underground bunkers. Let's go back over the progression of this Tampa Bay Times takedown...

February 26: Harwell's investigation hits the front page of the Times. His piece is chock full of nightmarish details about Scientology front group World Literacy Crusade moving in on a charter school in trouble, installing a member of the Nation of Islam on the school's board, replacing the curriculum with Scientology's "study tech" and then sending the Crusade substantial payments even as the school was in bankruptcy. Harwell even tracked down that the school's president, Hanan Islam, was calling herself "Doctor" based on bogus credentials.

February 29: In the wake of Harwell's expose, Pinellas County School Board superintendent John Stewart recommended that the board issue a termination order for the school.

March 5: The Times runs an editorial that doesn't mince words:

...since Islam came to Life Force some parents and former teachers charge that the school's children have been targets for recruitment by the Church of Scientology....All of this exposure to Scientology-related material violates prohibitions in the U.S. and Florida constitutions on religion in public schools....The church may freely open its own private schools, but it cannot infiltrate public schools like charter schools or have its teachings influence the curriculum. Life Force receives about $800,000 in taxpayer support per year....The sooner this school is shut down and Islam is given her walking papers, the better.

March 6: The school board does, indeed, give Islam her walking papers, approving a 90-day termination notice that will shut down Life Force, pending a possible public hearing.

So you might wonder, how is it that for so long Scientology has been able to get away with so many similar outrages over the years? Well, not every town has a Tampa Bay Times, or reporters like Harwell, Childs, and Tobin.

In fact, not even the Tampa Bay region can count on that kind of reporting when the Times isn't supplying it.

Here's what I mean: With that progression of Harwell's reporting and the results it produced in mind, I invite you to watch a report on the exact same story which appeared Tuesday night on Tampa's local Fox affiliate, WTVT Fox 13. Not only is there no indication that this story was blown wide open by a deeply reported series of stories in the Times, but reporter Steve Nichols never actually explains that Scientology and its "study tech" are at the center of the controversy...

I cannot think of a single good reason for why Nichols and Fox 13 whitewashed this story or didn't at least have the professional courtesy to acknowledge that the school came under scrutiny after an investigation by the Times.

I left a message on Nichols' voice mail last night, explaining my concerns about that, and asking him to please explain to me his thinking in presenting this story the way he did. I'm genuinely curious how he can possibly explain this kind of non-reporting reporting.

Wonder no more how Scientology gets away with so much.

Thursday's stats: Upstat or Downstat? Every Thursday, Scientologists race to turn in their weekly stats, and we like to do the same, assessing the church's fortunes in the world press. In this case, even with friendly treatment by the likes of Fox 13, I think there's a big downstat here, not only for how a Scientology front group tried to foist its "study tech" onto a public school, but also for bringing back to the news the bizarre relationship between Scientology and the Nation of Islam.

In New Zealand, a news report revealed that one of Scientology's anti-drug fronts had managed to score government grants to hand out its literature in schools. Kirsty Johnson's story contained these gems from commenters alarmed by New Zealand's tax money being used to support church nonsense...

"This kind of quackery should not be in our schools - we are talking about young people's lives," said a non-Scientology drug counselor.

"In the case of someone who is struggling with drugs, they are very vulnerable. So their exploitation by the church for their own ends is despicable," said a Green Party member of New Zealand's parliament.

In Australia this week, the country's mental health minister denounced an attempt by Scientology's anti-psychiatry front group, Citizens Commission on Human Rights, to mischaracterize proposed changes to legislation regarding minors and mental health.

Really, CCHR? Sticking your nose in a debate about kids and mental health? In Australia? Where your president is awaiting trial for allegedly covering up the molestation of a child in order to keep Scientology out of the news?

Thursday's Stats: Upstat or Dowstat? At least our antipodean press colleagues are quick to jump on the tentacles of Scientology reaching into places it doesn't belong. The downstats happening there never seem to cease.

A website that obsesses over film director Paul Thomas Anderson managed to get out of one of the producers of his next film, The Master, that it may have an October release.

That seems fast, but we hope it's true. For years, we've heard that Anderson's film will dramatize L. Ron Hubbard's post-war rise as the prophet of his own religion, starring Philip Seymour Hoffman as the Commodore. And despite studio denials that the movie is about Scientology's beginnings, it's hard to believe that a movie about a disillusioned WWII vet who starts a post-war religious craze won't at least have fun with Dianetics in some way.

Thursday's Stats: Upstat or Downstat? Hoffman is an obvious dead ringer for Hubbard, but who is Joaquin Phoenix supposed to be as a "drifter" who becomes the "Master's" most trusted aide? And is Phoenix's character going to pull a Dr. Winter on Hoffman's Hubbard? Well, anyway, all of the speculation will only build as the movie nears, which will lead all sorts of folks new to the scene to look into this Scientology thing on the Internet, and then, well, you know what happens. The church just can't seem to win these days...

Tony Ortega is probably the biggest SP in the entire Galactic Confederation of planets, and he's one of my heroes. 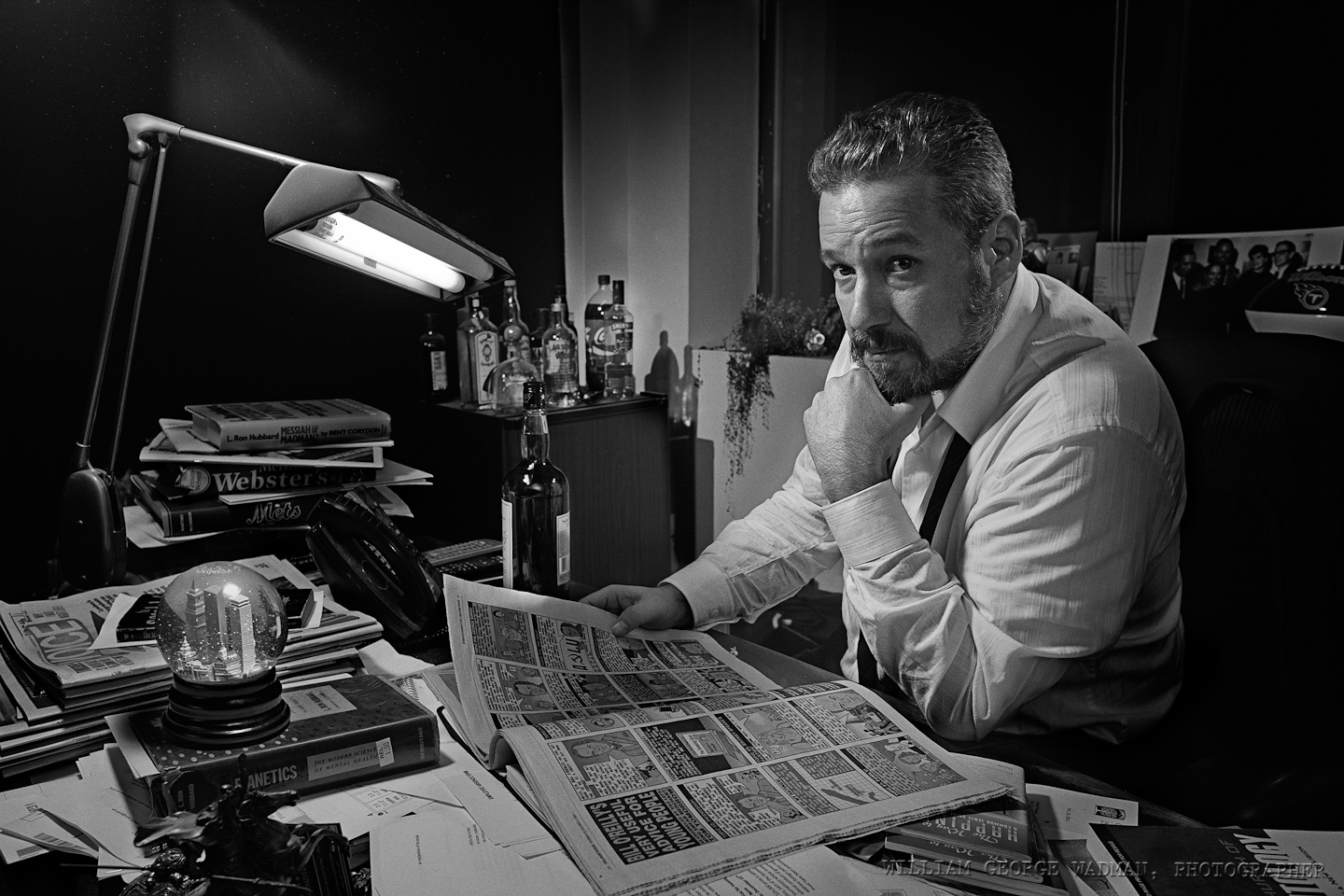 jenni with an eye

I saw this brilliant post by Jeff Hawkins regarding the Scientology Charter School in CW in this comments article and I thought I'd post it here.


The only value that Scientology sees in these "LRH Study Tech" schools is PR. They convince Scientologists to start them up, playing on their altruism and sense of purpose. The Scientologist has to establish such a school on their own dime - the Church sends no financial assistance and never has, despite their insistence that the IAS "funds" such endeavors. They don't. Scientologists are taught that to expect a handout from the Church is "downstat" and they are expected to make their own way - that is "upstat." That doesn't prevent the school from asking for a government handout - that's "proof" that such and such a government is "supporting Scientology," and they will say so loudly in their events. Of course, the local government has not been told that it is Scientology, and if they ask, such a connection is vehemently denied. Meanwhile they will brag in events about how all of these children were "saved" with LRH study tech and use it as evidence of how Scientology is taking over the field of education. They will add this figure to their total of all the children who have ever been involved in any of these scam schools and come up with a total of "millions" of children who have been "saved" with LRH Study Tech. But if you were to contact the local governments or parents you would find they had no idea it was Scientology. Meanwhile, the "LRH Study Tech" school is tithing to the World Literacy Crusade for "consulting fees," the World Literacy Crusade is tithing to ABLE, and ABLE is tithing to the Church. That's the REAL money flow. Then when the scene goes sour, as it did in Dunedin, the Church is nowhere to be found. They will deny any connection and throw the local Scientologists under the bus, possibly even declaring them SP for "creating a public flap." There's your altruistic "Church" of Scientology. And there's the real story that the local Fox station was to lazy or too craven to uncover.

This photo is why B&W will always have its place.
You must log in or register to reply here.