Scientology opposes the Stop the Importation and Trafficking of Synthetic Analogues Act of 2017.


Today, more than 60 civil and human rights, faith and criminal justice reform organizations, including the ACLU, Human Rights Watch, NAACP, FAMM, Drug Policy Alliance, and the Sentencing Project released a letter that has been sent to the House Judiciary Committee opposing H.R.2851, the Stop the Importation and Trafficking of Synthetic Analogues Act of 2017.


The letter reads, “The proposed legislation is a backwards approach to addressing the country’s drug problem by ignoring evidence of effective drug interventions and countering the common public sentiment that embraces treatment over incarceration as the right approach to the opioid epidemic.” The bill would allow the Attorney General sweeping power to schedule new drugs, and set the corresponding penalties. It also includes new mandatory minimums.


Tomorrow, at 10am, The House Judiciary Subcommittee on Crime holds a hearing on the legislation. The House bill is led by Rep Katko (R-NY) and Rep Rice (D-NY). Senators Grassley and Feinstein have introduced a similar bill in the Senate.


“While we share the Representatives’ concern about the rise in fatalities linked to synthetic drugs, this bill takes the wrong approach,” said Michael Collins, Deputy Director of the Drug Policy Alliance’s Office of National Affairs. “We know that more incarceration will fail to tackle the opioid epidemic, and we know that more treatment and overdose prevention are approaches that work. Giving any Attorney General broad power to decide which substances should be banned and which penalties apply is incredibly dangerous and misguided.” 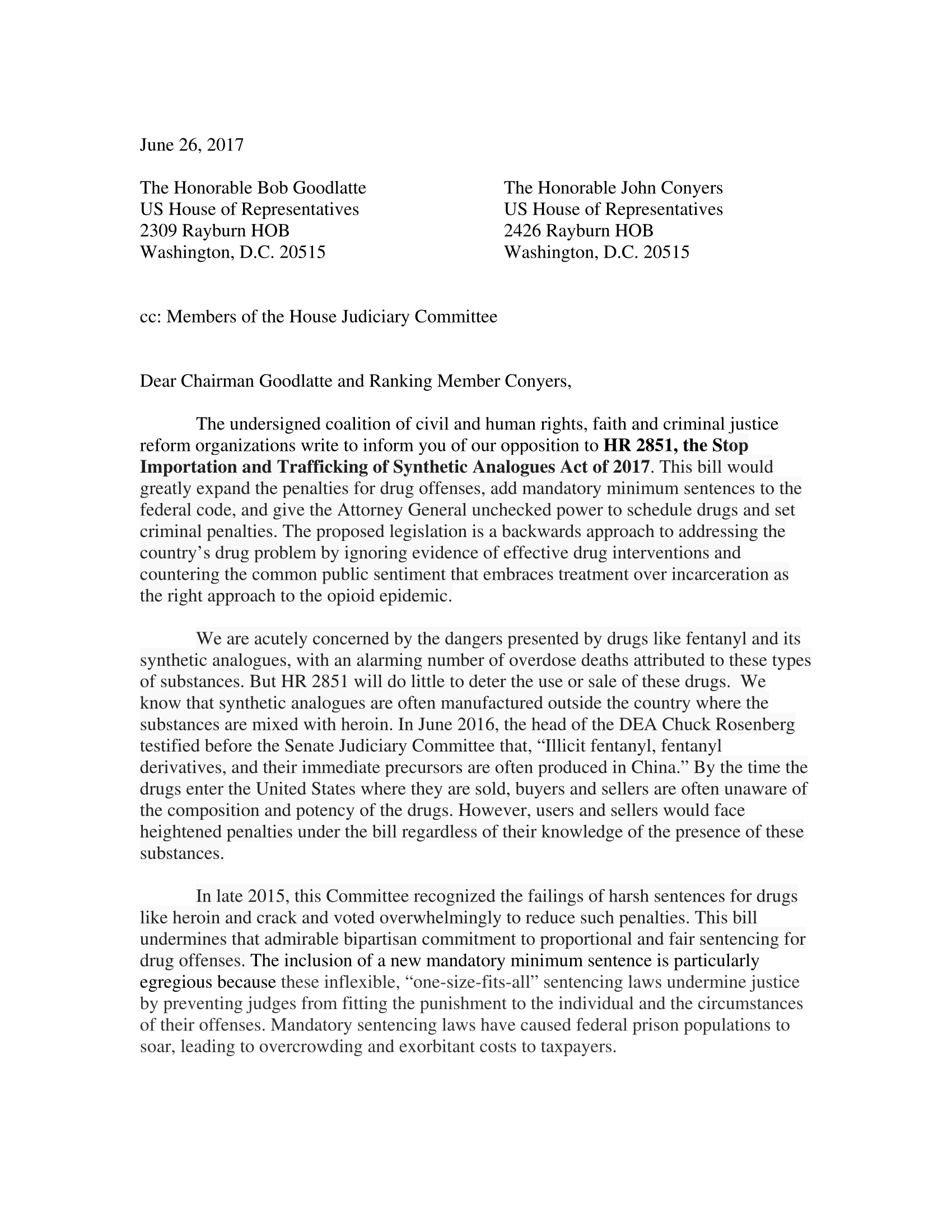 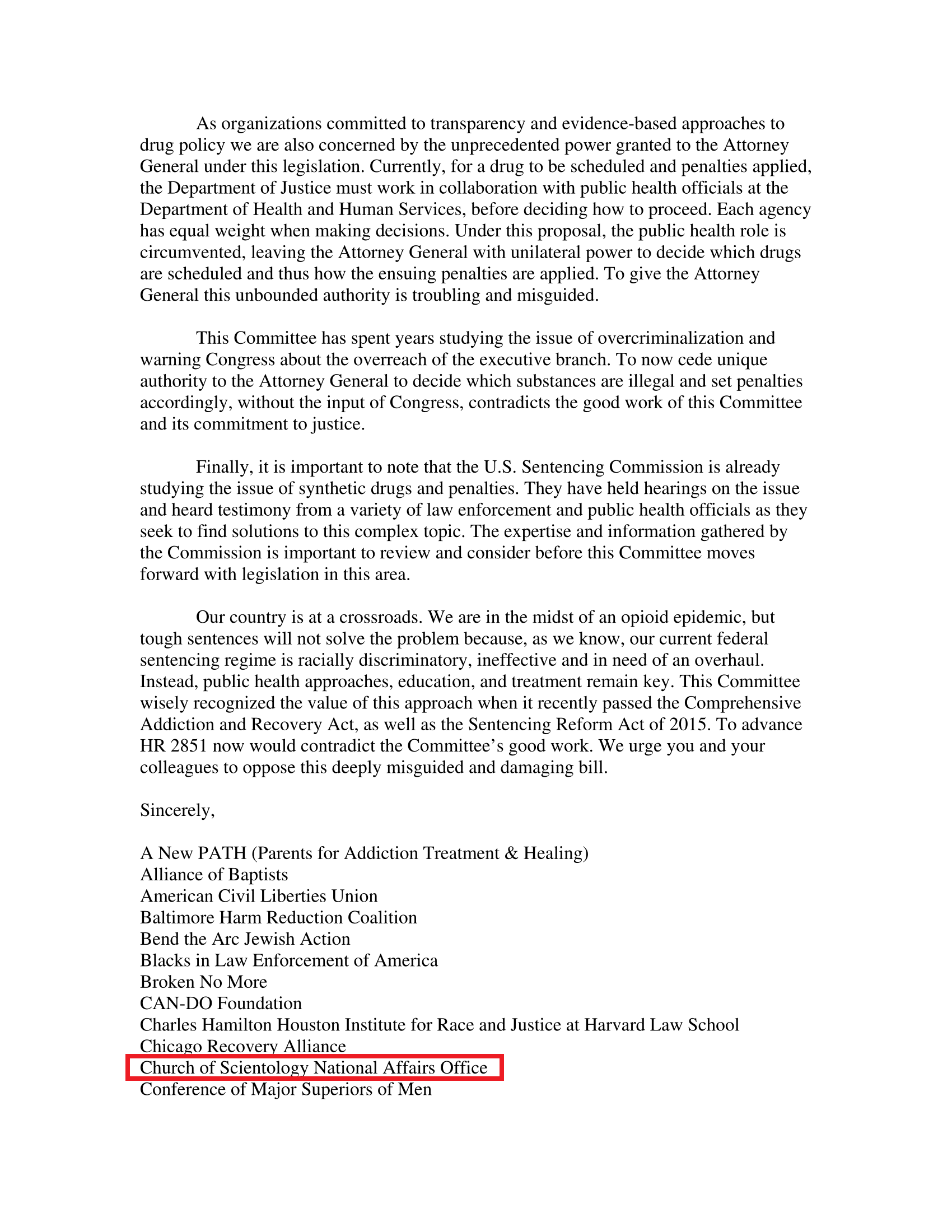 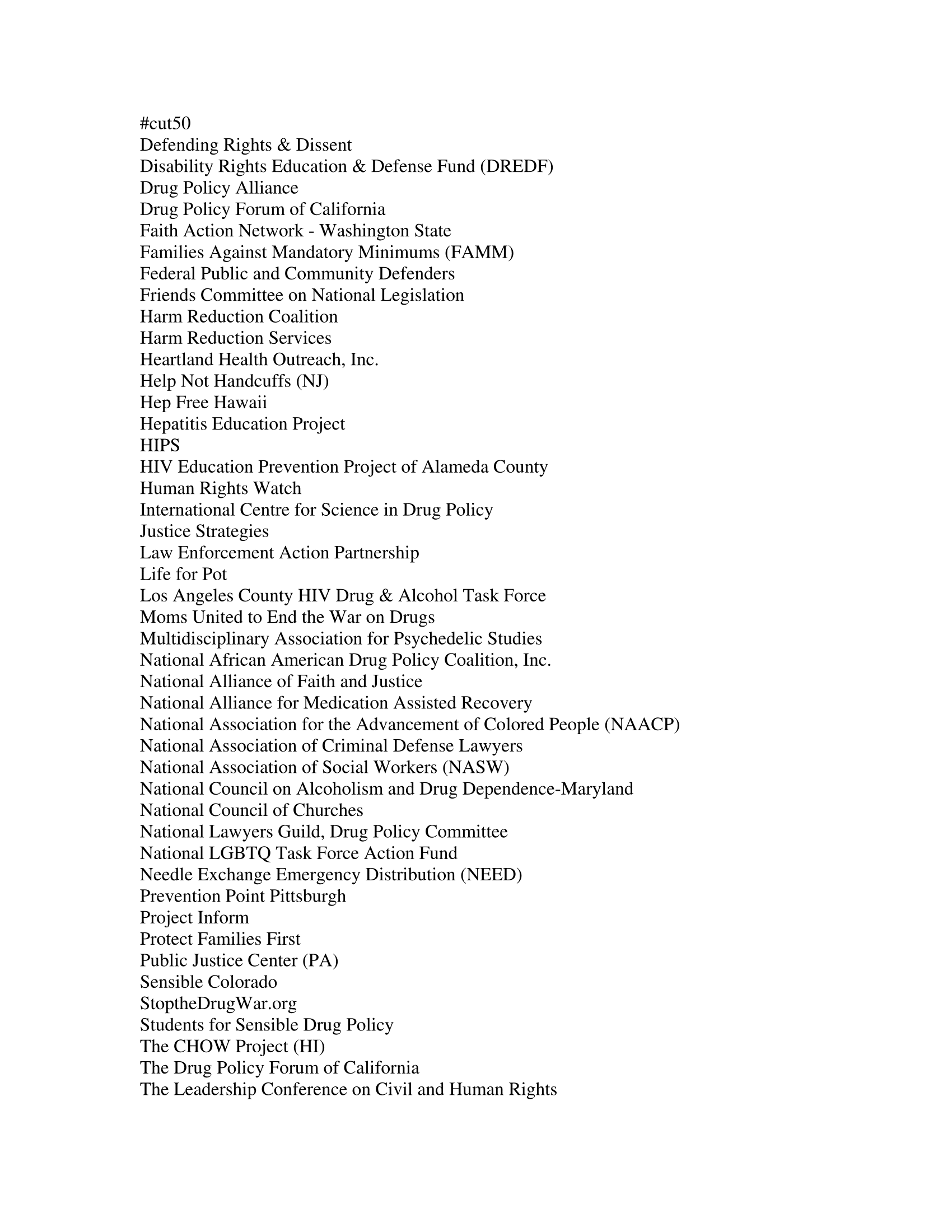 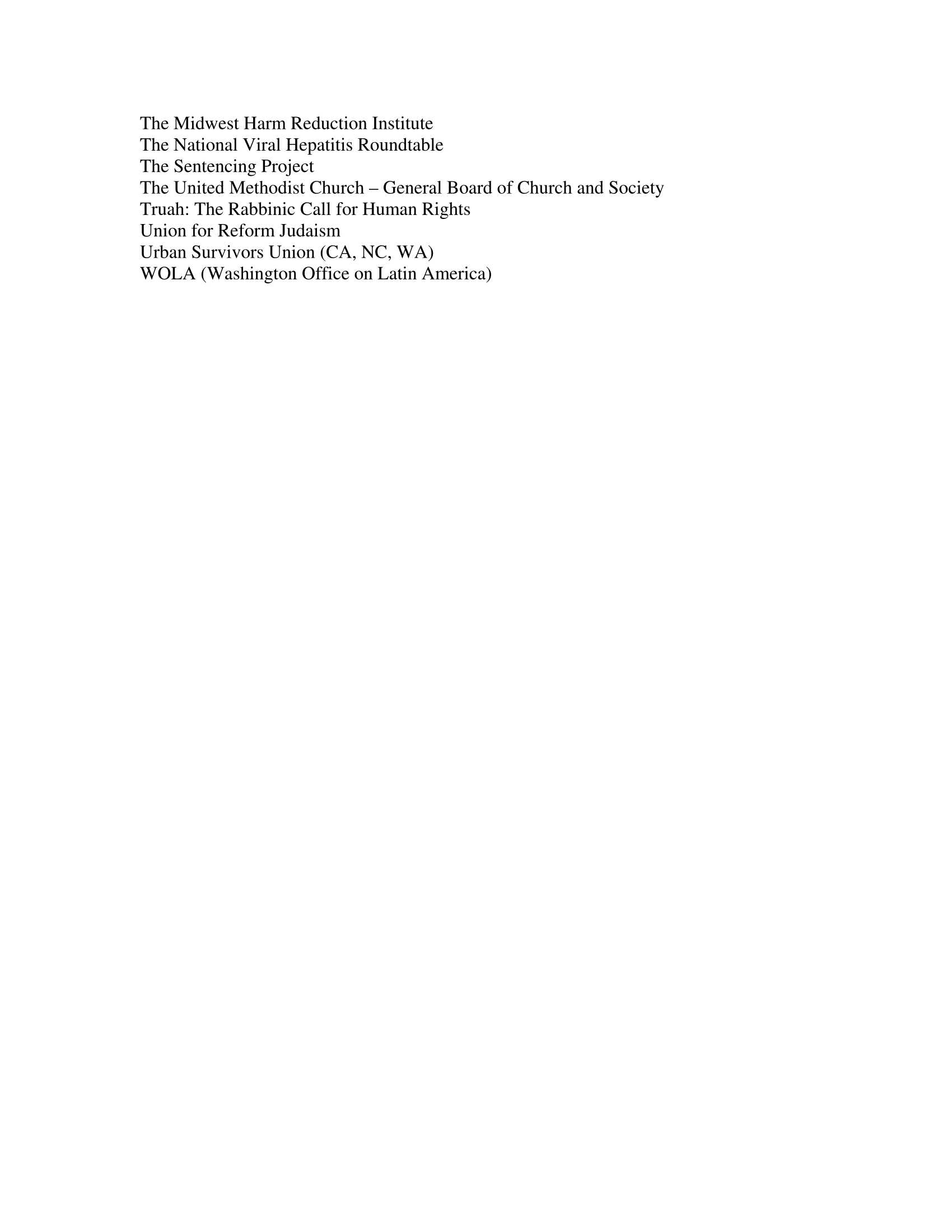