LOS ANGELES -- Los Angeles police say a security guard at a Scientology building has shot and killed a sword-wielding man.

Officer April Harding said the man approached the guard in the parking lot of the Scientology Celebrity Centre International around noon Sunday. Harding said the guard "felt threatened for his life" and fired at the unidentified man. He was pronounced dead at a hospital.

Homicide detectives have cordoned off the building in Hollywood to investigate.

This is now on the front page of the AT&T home page when I log onto the internet!

Now you guys all know that their security guards are armed and willing to shoot to kill.


FoTi said:
This is now on the front page of the AT&T home page when I log onto the internet!

Now you guys all know that their security guards are armed and willing to shoot to kill.
Click to expand...

A sure-fire way to endear the CoS to the populace, eh what?

A security guard at the Church of Scientology's Celebrity Centre in Hollywood today shot and killed a man wielding a sword, police said.

The castle-like structure, formerly a hotel, is a Hollywood landmark, its turrets visible from the nearby 101 Freeway. According to a church website, the Celebrity Centre caters to "artists, politicians, leaders of industry, sports figures and anyone with the power and vision to create a better world."

Representatives for the church did not immediately return calls.


"I have no information," said a woman who answered the phone at the Celebrity Centre.

My condolences to any one associated with this person. May he Rest in Peace.

I have a tonne of questions, but the first note is that it is very evident that to be on Scientology property, is a danger, as we have seen recently. Brute force seems to be a Characteristic of scientology.

Did I hear, "Mankind's last call to reason".

Does that sound a little uneven to anyone?

Did the guard give a warning or even shoot to disable? Why didn't he use the 'Tech' to confront this person and disarm him without having to resort to the use of deadly force?

I guess these questions won't be answered for quite some time. But one thing is clear, the CoS is rattled and more prepared than ever to deal severely with any perceived threat. The eyes of the world will be on them now, they will have to be very careful.

doesnt ESBM have evidence that Police is taking $$$ from the Church?

oh shi! I'm sure they'll slither out of this one unscathed though as always.

We don't know all the facts yet, but it sure is odd. I thought these guys were supposed to call the police at the first sign of trouble? That he would shoot a person without a struggle is suspect. Was the security guard one of those Scientologists who were told that Annonymous were attacking and lynching Scientologists?
If the guy was actually dangerous and really threatening then nothing will come of it. But my gut feeling tells me this is not the case.
It sounds like a preemtive fair-game.

Some quick pics from the scene..about an hour ago: 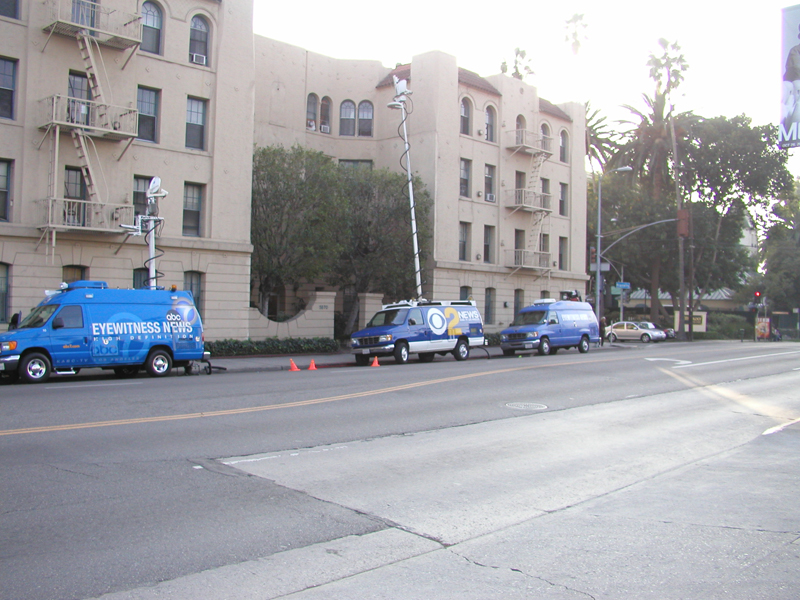 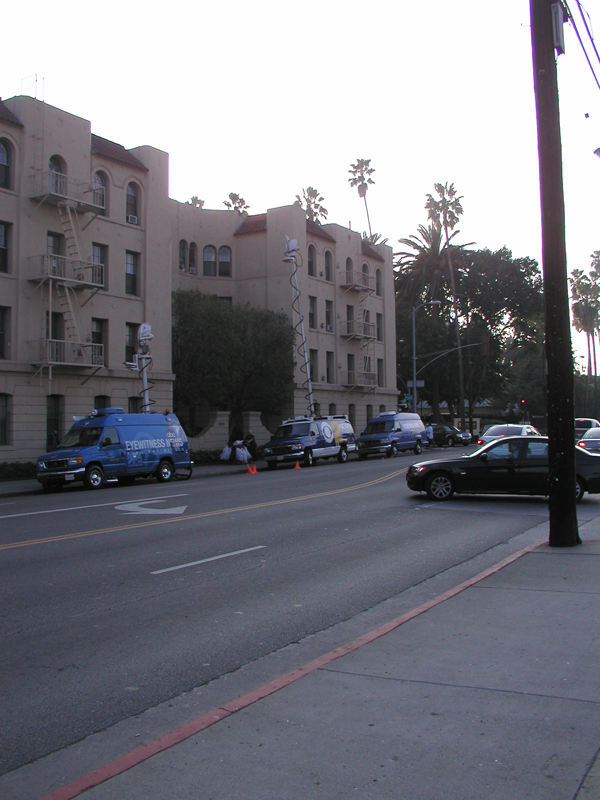 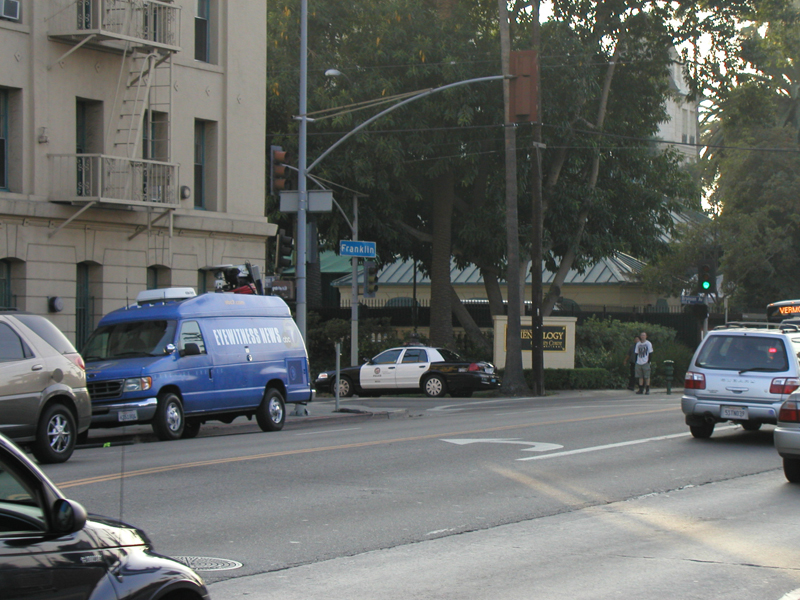 bet the media beat the police to the scene

I'm afraid that the Church will spin this to say they are persecuted and in danger from terrorists.

Thanks, lulubelle. The story I read today on Yahoo had fewer facts. Yours had a little more.

Police detained the guard for questioning but said a surveillance tape at the facility backed his claim that he fired his gun to protect himself and two colleagues.
Click to expand...

I am an anti-SCN critic. However, it looks to me that a nutcase showed up at CC wielding two swords and was shot in self-defense. One news report (link posted by lulubelle) says that the police watched security camera recordings and concluded that the security guard(s) were not in the wrong.

Should the security guard have deliberately shot to disable? I don't know. I'd have to see the security camera recordings myself in order to really form a better opinion on that.

I hate seeing this type of stuff happen because I just wonder if a lot of ignorant people are going to think that CofS is nothing more than a quirky religion that is a poor victim of a lot of nutcases worldwide. IMO, nothing could be further from the truth.
L

i wonder if the victim was a former member of Co$ & was trying to get his money back?

So, anyone care to take bets that the cameras that are always trained on the outside of the Celeb Center will either be non-functioning, or there will be a "delay" in getting them?

Here is the problem:

this could be seen as:

A)the cult of Scientology has been under siege by a masked group calling themselves "Anon", who are also responsible for cyber-terrorism of individuals, hacking VP candidate Sarah Palin's private email account, and verbally assaulting people who merely wish to exorcise their right to "freedom of religion".

B) the cult is a group of terrorists acting like an organized crime syndicate.

Remember, most people in the outside world, do not know about Scientology's crimes, and can only base what they see on T.V. (or word of mouth).

I don't have to be psychic to say what I see happening is: the Man with the blade will be labled a "stalker", and documents will "appear" that he threatened a Sci-Celeb.

Anons defending the Man with the sword will be labled, (and look real bad in the public eye) as "terrorists".

Please understand, I am playing the Devil's Advocate here. My heart goes out to the Man who died (and his family).

programmer_guy said:
Thanks, lulubelle. The story I read this morning on Yahoo had fewer facts. Yours had a little more.

I am an anti-SCN critic. However, it looks to me that a nutcase showed up at CC wielding two swords and was shot in self-defense.
Click to expand...

A nutcase in Hollywood? That's crazytalk.

Another interesting incident if you google: Godeka Scientology

The shooting that happened up here in Portland in the 90s.

Scientology Center Going Ahead with Fund-Raiser After Slaying