Oh I do love these stories. Thread title is from the article.

Seward was also Alley’s insurance agent at the time, and the lawsuit asserts that money from life insurance policies Seward sold to Alley and other Scientologists helped fund “large donations [that] would be made to Scientology affiliated organizations, where it was anticipated that … those donations would either lead to kick-backs, future business or increased influence within the Church of Scientology.”

As the scheme unraveled, however, Seward complained in emails to Alley’s assistant, Peggy Crawford, that the Church was attempting to destroy and discredit her.
Click to expand... 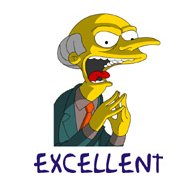 Yeh . . . that's the idiot tech think . . . destroy the Org by axing everyone who had any contact with her: her auditors, sups, C/S's hey why not even the Regs for getting her on lines . . .

Despite I read twice, I don't get at all what it is about :confused2:
So I decided to go with Jump

RogerB said:
Yeh . . . that's the idiot tech think . . . destroy the Org by axing everyone who had any contact with her: her auditors, sups, C/S's hey why not even the Regs for getting her on lines . . .

I don't know how DM lives with the pressure of the steam building up in his little head. All the crap that JT and TC attracts to the cult, but DM has to refrain from angry outbursts or doing something that will drive them straight to the internet media. Leah doing her thing. HBO doc uses the celeb focus and TC and other celebs prominent in that. The celebs are destroying scientology!! Now Kirstie's going to pop open LEGAL threats and stir all sorts of entheta. DM's childlike little fingers clench so tight he wonders why they are a little painful. Clenched so tight he actually broke some of them. Impacted little molars from mega forces applied to them all night with teeth clenching exponentially. Inflammation from petite muscles being jammed so hard into contraction. And the little anus needs surgery to be prised open; so unprecedented has been the sheer force applied, by such a Big Being to such a small and delicate aperture.

"The celebs are destroying scientology". Please run this command on tiny titties, repetitively.

This lawsuit is still going on by the way....

It has been taking place in the Chatsworth Courthouse....

I would imagine that research could be done to find that all the above had Cult of Hubbard ties....?


Kristie has been able to convince the Court to "seal" some of her testimony.....but the Plantiffs are fighting to have it made public. The "Church of Scientology" is mentioned in this law suit.
Last edited: Oct 21, 2015

If you go here:

You can see what has been going on.
You must log in or register to reply here.

Kirstie Alley named in another Organic Liaison lawsuit; being part of Ponzi scheme..

"Scientology Litigation" posted on Theodore Babbit's website! This is HOT!