The Best Books on Cults, for These Cult-Obsessed Times

The Best Books on Cults, for These Cult-Obsessed Times
By Katy Schneider

Welcome to Reading Lists, comprehensive book guides from the Strategist designed to make you an expert (or at least a fascinating dinner-party companion) in hyperspecific or newsworthy topics. This week: a selection of books (and notable articles and podcast episodes) about cults.
We’re a little cult-obsessed at the moment. Smallville actor Allison Mack was recently all over the news, arrested on sex-trafficking charges for her association with the Albany, New York, cult NXIVM. That came on the heels of Wild Wild Country, a Netflix docuseries about the Rajneeshpuram commune that formed in early 1980s Oregon, and Waco, a mini-series based on the Branch Davidian compound in 1993.
But really, we’ve always been cult-curious, and there’s a wealth of literature to prove it. We reached out to professors, researchers, cult deprogrammers, and filmmakers to find out the best book to read on a variety of notorious groups.

Going Clear: Scientology, Hollywood, and the Prison of Belief
Though the United States recognizes Scientology as a religion, it is (justifiably) classified as a cult in France, Chile, Israel, and Norway. In any case, to better understand what life inside the group looks like, several of our experts recommended Lawrence Wright’s Going Clear, which HBO also turned into a documentary film in 2015. “This book examines Scientology’s history and its long association with the entertainment industry,” says Goldman. “It is grounded in meticulous research and a thorough bibliography.” Shaw calls it a masterpiece, point-blank, and Conway calls Going Clear “the definitive journalistic work on this global religious and self-help enterprise — that many knowledgeable observers agree is one of the worst cults out there.”

An investigation has been launched into an upstate religious cult that allegedly forced children to work in a factory that produced goods that were then sold by Amazon, Wal-Mart and Whole Foods.

team from the New York State Department of Labor Worker Protection Unit conducted an on-site investigation at Common Sense Farm, which is run by the cult Twelve Tribes.
It found “multiple violations” involving 12 minors who were working in the factory in Cambridge.
“As a result of these violations, the DOL has opened cases that could result in significant fines in the tens of thousands of dollars,” the Labor Department said.
The agency is also probing eight other Twelve Tribes communities and factories across the state, including in Coxsackie, Oak Hill, Oneonta, Ithaca and Hamburg.
“Every child under the age of 18 in this state has a right to be protected by the Child Labor Law, and we take our enforcement responsibilities seriously,” said Commissioner Roberta Readon.
The investigation was sparked by an “Inside Edition” exposé that aired Friday.

Nearly four decades have passed since that afternoon Tracy Parks knelt on the rain-soaked, muddy airstrip in Guyana, cradling her mother’s lifeless body in her hands, shaking her in a desperate attempt to wake her up.
But for Parks, it feels like it happened just yesterday.
The explosion of gunfire had stopped, but all around her lay bullet-ridden bodies — some dead, others bleeding and moaning. “Get in the jungle,” her father Jerry screamed. “Run.”


Investigation Discovery and People Expand Exclusive Partnership with Two New Series for 2018
"Cults" and "Crimes of Passion" will both air under the "People Magazine Investigates" banner.

Cults are taking a beating

PEOPLE MAGAZINE INVESTIGATES: CULTS SHOW ORDER:
Monday, June 4, 2018 at 9PM ET
Tony Alamo
Initially, the Alamo Christian Foundation once held hope for a better society for young people seeking purpose. But when Susan Alamo dies of cancer, Tony reveals his dark side and turns his anger on his followers, including taking multiple child brides.
Monday, June 11, 2018 at 9PM ET
Jonestown
In the late 50's Jim Jones founded the People's Temple, which focused on helping those in need. By 1975 he was setting up what was supposed to be a utopia known as Jonestown. But utopia quickly turned into a hell as Jones spiraled deeper into his own paranoia.
Monday, June 18 at 9PM ET
Word of Life Church
The Word of Life Church starts as a small bible study group led by Pastor Jerry Irwin. After his death, his daughter Tiffanie gains control, making life hell for church followers, and leads to the brutal death of a teenaged boy.
Monday, June 25, 2018 at 9PM ET
Nation of Yahweh
Yahweh Ben Yahweh is a respected religious leader in the 1980s, but behind the facade, he rules his followers with terror and violence. One survivor shares the story of this cult leader, whose ruthless tactics ruined hundreds of lives and left 14 dead.
Monday, July 2, 2018 at 9PM ET
Army of God
Deborah and Jim Green believe they're Generals in a holy army for God. For more than 30 years their harsh rule has destroyed families and ruined lives. Cult survivors reveal how the Greens transformed from charismatic hippies into militant cult leaders.
Monday, July 9, 2018 at 9PM ET
The Nuwaubian Nation of Moors
The followers of cult leader Dwight York come from all walks of life. Ruby joins the Nuwaubian Nation when looking for answers to life's big questions while Niki is brought in as a child. Both become disillusioned as they learn the truth about York.
Last edited: Jun 8, 2018

Isis Aquarian is a striking woman. She is probably best known as a member of The Source Family–a group of beautiful, white clad hippies living in the Hollywood Hills during the 1970s. They followed the teachings of a man named Jim Baker, or Father Yod–a reformed bank robber and judo-chopping killer who fronted a cult psych band, served salads to the stars, took fourteen wives, and eventually threw himself from a cliff in a hang glider.

Today Isis, or Charlene Peters, lives in Hawaii, but her life has taken her all over the United States: Isis worked for a senator in Washington D.C., ran in circles with everyone from Salvador Dalí to Andy Warhol during her time in New York, and almost married a famous music photographer, Ron Raffaelli.
After leaving the Source Family, Isis has written a book, produced a documentary, and created one of the most extensive archives of photographs and video footage depicting commune life from the 1970s.


Not affiliated with Farrakhans group

The Process Church of the Final Judgment was one of the most interesting religious organizations of the 20th century. Formed by Robert de Grimston and his wife Mary Ann MacLean in 1966 after having been ejected from the Church of Scientology, the group initially established themselves in the Mayfair section of London. They created a sensation on the street and in the always sensation-hungry British press because of their stark and striking visual sense. Their symbol—four Ps assembled into a square that looked to many like an Iron Cross or a swastika—attracted attention, as did the members’ all-black clothes, hooded cloaks, and gigantic Alsatian dogs. The group published and sold its own magazine, which included interviews with people ranging from Mick Jagger to William Burroughs. They migrated from England to the Bahamas and then to Mexico before eventually landing in the US, though they established additional chapters in Germany, Italy and Canada. (Go here for a much more detailed account of the group’s early days.)

Symonette has his own organization, made up mostly of remnants of the Nation of Yahweh, called BOSS, or “Brothers of a Superior Status. 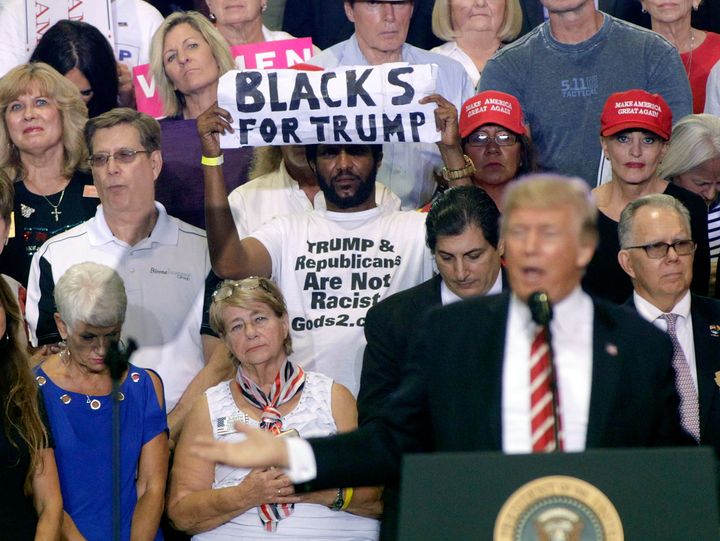 ...surprisingly...no one wants to mention Islam...
You must log in or register to reply here.

My Road Out of Scientology

Cults In Our Midst part 1

Two Years Out Of The Scientology Cult

Scientology Viewed Through The BITE model by Steven Hassan