I'm sure LRH was scratching his head over the "Running Program" as well as the RPF. He was essentially torturing people and they are telling him how great it is.

I felt terrific on the purif and could never pinpoint whether it was because of the sweatiing or the volume of exercise and vitamins.

On the other hand, I wonder what would have happened if LRH started the College Graduate Rundown and insisted people finish a 2-year, 4-year or more collegiate program with in half the typical time but provided tons of word clearing or use of a Scieno academy. The wins would be incredible, but it wouldn't really help LRH's bank account so it couldn't happen.

Something about this thread is really giving me the "runs".

Xenu's Boyfriend said:
Something about this thread is really giving me the "runs".

Let me guess, using inductive and too boot deductive logic, (as L Ron would tell us in one of his lectures somewhere amongst the BS babble, there's a golden nugget somewhere in his endless talkings, LOL)

The next pole dancing lesson is another $30K, as we can do this anywhere on the Bridge to Total Freedom.

WildKat said:
Was there no mention of blisters?

I would think that horrible bleeding blisters that had no chance to heal would be the result of running 12 hours a day.
Click to expand...

I used to run long distances (> 20 km) before I started having cardiac problems.

You stop feeling the blisters after a few hours. At first I frequently left blood tracks when I took off my shoes after a long run. It sounds worse than it is really, as it isn't painful to someone who's full of endorphins. After a few days, you develop calusses wherever you used to have blisters, and it is no longer a problem.

The thing I would worry much more about is what damage this kind of thing does to your joints. I have had serious joint injuries running long distances, which is why I never did run half marathons on a daily basis, and do not know anyone sane who does it. The endorphins muffle the pain, but it does not keep joint damage from happening. Worse, you don't even know you are hurting yourself.

Once I developed a severe hip sprain that way. I only realized I was injured when I woke up the following morning being completely incapable of getting up or walking. My injured hip had swollen up during the night. It took me years to completely recover from this. I still get a twinge in cold or humid weather.

And this is only one example of the numerous injuries I got doing this on a much smaller scale than this program. I ran perhaps 2 hours a day, with days off to avoid destroying my joints, and on a normal straight road. Constantly turning would put even more stress on joints, especially ankles and hips.

I would not recommend it except if your goal is to cripple yourself.
Last edited: Jun 23, 2014

As an older person, I'm suffering from all the macho stuff I put myself through as a young adult.

And other stuff that would probably identify me if I were any more specific. 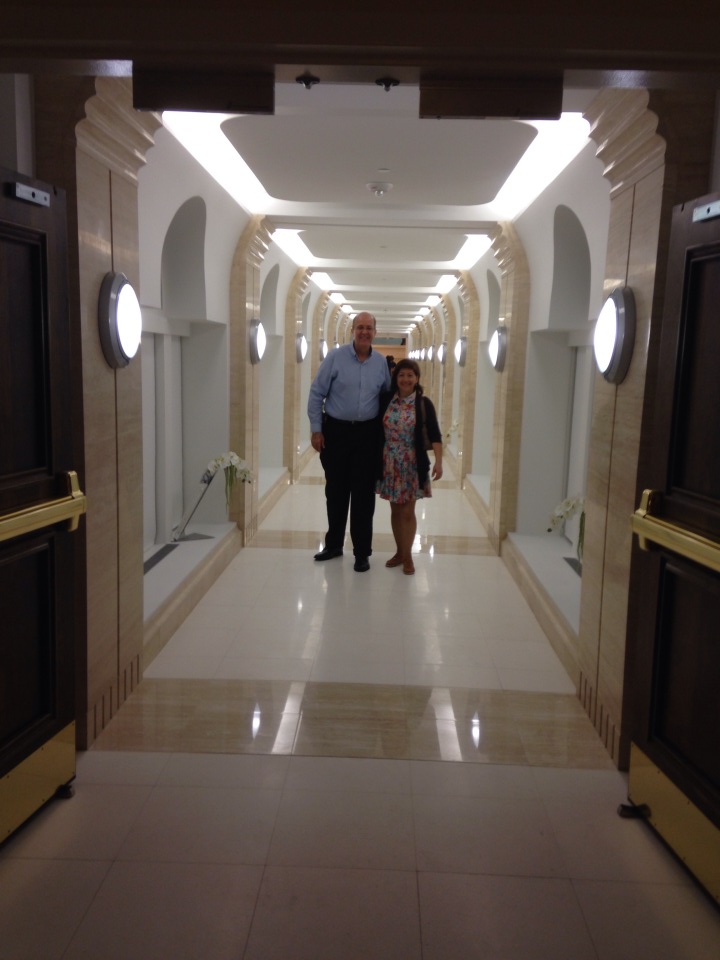 Each time, I find myself looking for the punchline.

This last time, I finally got it.

That was pretty much my first thought when I heard about how these old whales would run around a pole for hours on end with no prior training.

If they are allowed to walk as needed (that seems to be the case) and/or use a basic heart monitor watch, it could be done without too much risk of a cardiac event, though. They could be warned to keep their heart rate within the safe zone - that's what I'd do to avoid possible wrongful death lawsuits from an old whale's succession.

It would probably look more like a "walking program" than a "running program" for them, and you'd lose the runner's high. No impacts, no microfractures, no endorphins. But I guess you'd still get a sort of trancelike effect from doing an extremely repetitive activity for so long. A bit like chanting a mantra or certain sacred danses.

Lulu Belle said:
The concept as I recall, was that the tree and the person represented two poles and by running around the tree,mental energy was created just like an electrical generator, which resulted in pictures and incidents on the person’s whole track (history) blowing off and the mental charge disappearing resulting in a resurgence of the cause level of the person.
Click to expand...

I have a suggestion. Why not sit in a chair in the center of the arena and have a mechanized pole run around you? It sure would be easier.

Helena Handbasket said:
I have a suggestion. Why not sit in a chair in the center of the arena and have a mechanized pole run around you? It sure would be easier.

Sounds great, but it would probably cost a lot extra

In what seems like an awfully big room, the runners seem to be running at half the distance they could be. Do you run at a greater distance the longer you're on the program? Or you you keep getting closer? Do you graduate when you crash into the pole?

For that matter, does the pole change colors on different days?

There's a subway station not too far from here with square lighted blue columns. Maybe I can try running around one of those for a while. I have to be careful; the platform is rather narrow and I don't want to fall onto the tracks (exteriorization process).

A Spiral Dance would be more fun! http://youtu.be/XyX9-068Xx0
You must log in or register to reply here.

The Cause Resurgence Rundown (Running Program) Explained. (Only $2,500!)