What is Scientology? Scientology is the observation of a changing consciousness. It is the study of the relationship between the soul and reality. And scientology is the description of the purification of man, which is what makes this universe plausible.

The seven weeks that is refered to in this discussion can be viewed as literal, and they can be viewed as figurative, because this is the end. There has always been a disconnection between the human consciousness, the soul, and reality. This disconnection has been the source of humanities ' inhumanities, because it has been the source of a conflict. Ron L Hubbard refered to this disconnection as the necessity of "purification" that has existed with scientology. This is the reality that exists because the next stage of human evolution hasn't occured, which takes place primarily in the human consciousness, the soul and reality.

This leap to the next stage, is infact the biggest purification that exists with scientology!! And we will view Ron L. Hubbard's perspective on this leap in human evolution that will be occuring shortly. This is the "seven week" purification program, it is literal and it is figurative, so pay attention, you will have work to do to maintain the ambiguity, and you will learn that this is a natural transition in the "human condition".

Back-tracking this discussion a bit before we continue

Scientology is not the discovery of the soul or the mind or the consciousness, it is the discovery of the gift that will be given for the soul and the mind and the consciousness. "To Know" the soul and the mind, "To Know" the difference between an infinite and a finite being, but not only the difference, to know the conflict that exists between infinity and man, and the finite and man, which invalidates a significant portion of scientology, is to percieve a gift.

The gift that scientology percieves, this is the gift for man, and the most pronounced purification described by Ron L Hubbard, which is the subject of our discussion.

We will describe this revelation by Ron L Hubbard as a series short associations for the conclusion of this era of man. And we can view these series of developments as progressive, as we view this seven week period that is the "end of the world", in our discussion. (excerpts from "Purification an Illustrated answer to drugs 1984")

The End is a New Beginning

The message in the storyboard says: "Now there is hope with the purification program. This is a program which can change the face of society!". This is correct, and the individuals who are waiting patiently are "sealed", they are kept in store, and the individual who is going towards the "new era", he is applying his faith to keep the law, that will provide him also with the "new era".

There is a difference between being shocked, and choosing to be a vagabond when presented with an inevitability. That is you can overcome circumstances, but you cannot overcome freewill, when you choose to do something you put up a greater fight, then if you were imposed by circumstances. Humanity will absorb your circumstances and because of humanities own freewill, they will become the entity that you could not become, because you desired to live.

Neither should your shouts be for mourning, but your shouts should be for rejoicing. Because you are recieving a gift, and others cannot recieve your gift, this is not the basis to deny yourself the gift you are being given.

The reality is a human being, is intelligent life. And you may think that all people want what is best for them, but this is an impossibility. Freewill, by design, provides free expression. Some people prefer to see only the "wall", while others prefer to see the "stairs" that is behind the "wall".

Doing what is good for you, and what ultimately will make you a superior person then what you had been before, is not the obvious for every individual. I am speaking of the "new era", that is defined by the group of people who are going to the "new era", the NEWLIFE. The inscription by Ron L Hubbard in the illustration reads as follows: "and the awareness that there is more mental and spiritual improvement available".

Becoming a new person, a new soul, a new mind, and a new consciousness

The Seven Week Purification Program by Ron L Hubbard, does not end simply in a new soul, a new mind, and a new consciousness, but also in a new body. The illustration in Ron L Hubbard's book shows all the senior citizens coming from a separate gate, and being rejuvenated. But I say, the separate gate is for the dead who by the law you were given will also be resurrected according to the law, and they will wake up with you in the new earth.

Do you believe I have the power to say these things?

Discoverying a New Planet just for you!!!

This is an illustration of the NEW PLANET, let me help you understand. Do you see the area on the planet that is blank? This blank area is something that has not yet been written, this is the law of NEWLIFE, that I am writing to you. And in the area in the above illustration is the city of philadelphia, in the state of pennsylvania, in the united states of america. This is where the aliens will come for me, and this is a rapture location entirely because of me, according to the law you were given (marketfrankford subway line).

This is an illustration that is given on page 88, Ron L Hubbard often fascinated over infinity, as man's relation to "infinity" was the cause of man's inhumanities. 8 for Ron L Hubbard, bares special significance, and it is of a pratical matter that this is on page 88.
Last edited: Jul 26, 2011

Dude, you're trying to educate people in a subject that they already know the answer to. On a fundamental level, heaven is discerning weather the actions we will take are enough to break your spirit to oppose your future, since our involvement directly will prohibit the excesses we have given allocation to you for, a migration, however short a period that will be for you.

This is also true that many people will loose the opportunity if the spirit you have choosen to oppose the "new era" for man, has not favored "humility and compliance", the can only mean that, it is necessary for christ to take additional intervention, this ofcourse would mean the death of many american citizens by reason of you being a american citizens, given the propagation of your understanding of this event being inevitable. And the need for you to maintain your percieved power over the world, which will only hurt many, and many nations will follow you to their death, if I judge the situation incorrectly, many will be hurt by you, and others who follow you.

Neither am I provolking you, if you have rejected truth, then there is nothing I can say to you already, but because of pride, you will fall against me.

All of Japan will be RAPTURED thats about 127 million people, plus migration which is afforded to california, ireland/britain, according to the law of NEWLIFE, and there is the rapture location in the city of philadelphia you have as a gift from me while I live that is, which goes against that figure.


I don't See a man there, I see a pile of hot steamy excrement I like Jellybean. S/he's a great spokesperson for Scientology.
T

What the fuck just happened? I genuinely think the collective IQ of everyone on this forum just went down about 1SD as a result of the fail that was the OP. In all seriousness though, I don't understand this obsession everyone has with saying "Scientology is the study of..." it's not a study of anything, if it were, it would change, adapt and evolve over time, it does not do this.

In other news, this thread is now about leaf geckos: 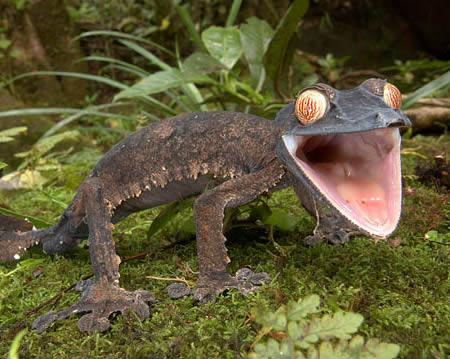 Only last week or so there was someone posting on WWP explaining to us what COS is all about. Haven't seen anything from him again a few days, so I guess a mod banned him/her.

Maybe (s)he is trying to do the same here now.

Oh, and I love leaf geckos. Tell me more about them.

We should discuss what Dianetics does to primates. 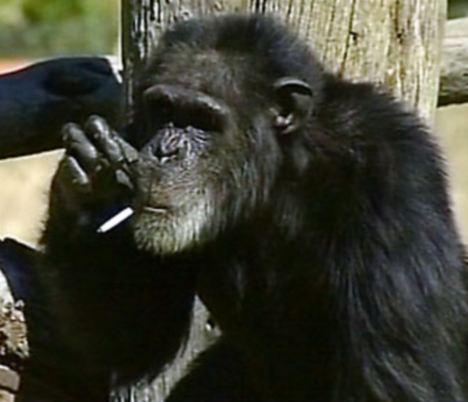 Jellybean, I'd be interested in seeing a complete copy of the document from which those illustrations come. Can you provide a link to the document? Thanks.
You must log in or register to reply here.

T
The Unwritten Book of Evolution by Ron L Hubbard
2